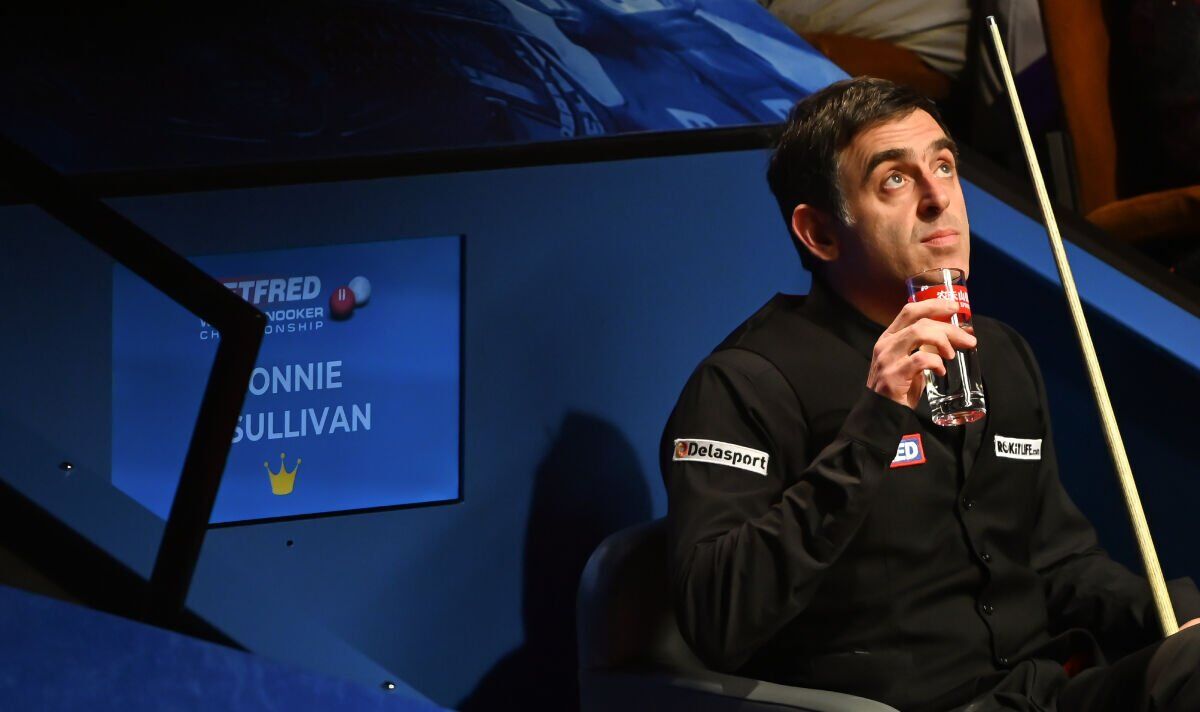 Ronnie O’Sullivan is now the favourite to win this year’s BBC Sports Personality of the Year award after defeating Judd Trump to land a record-equalling seventh World Snooker Championship on Monday. But the 46-year-old has previously claimed the BBC’s opinion of snooker is “a complete insult to the sport.”

No snooker player has won the SPOTY award since Steve Davis took the honour in 1988. And O’Sullivan revealed exactly what he thought of the snub in 2016.

“Maybe if it went to China and you found some billionaires out there who would put the sport on and have million-pound prize money you could start looking at snooker as a core sport again,” O’Sullivan said.

“You’re competing with Formula One, tennis, golf and the Olympics. They give it like 10 seconds on BBC Sports Personality – it’s a complete insult to the sport. But it’s what they think of it and what they believe it warrants, and that says it all really.

“Snooker is becoming a nothing-type sport – it’s kind of like a car-boot sale but with the other sports it’s like shopping at Harrods. They’re putting so much of it out there it’s cheap TV. I think snooker has lost that respect amongst other sports – the Olympics is such a massive thing now as are sports like golf and tennis.

“You look at Formula One and see beautiful-looking people and you look at snooker and think ‘God’ – you look at some of the qualifiers and it costs a fiver to get into Barnsley. It’s all about media and money and business – and snooker is nothing compared to Formula One and tennis and the Olympics. They’ve got corporate people involved and they have a massive say in who is big and who is not big.”

A year later, O’Sullivan doubled down on his previous comments as he insisted he would never even want to get nominated for the award. “I’m so happy I don’t get nominated because I never would want to go,” he said. “It’s not my type of thing – standing around at some gathering. It’s not my scene and I really hope I never get nominated.”

O’Sullivan eventually made it onto the SPOTY shortlist in 2020 after winning his sixth World Snooker Championship but missed out on landing the award as Lewis Hamilton was crowned champion. The F1 ace tasted glory after winning his seventh world championship and surpassing Michael Schumacher’s tally of 91 individual Grands Prix victories to become the most successful driver in the history of the sport.

However, The Rocket is now favourite to win the award and is ahead of the likes of Tyson Fury and Emma Raducanu with bookmakers Betfair slashing the snooker superstar’s odds from 100/1 to 10/3 frontrunner over the last 48 hours.

Denial of responsibility! NewsUpdate is an automatic aggregator around the global media. All the content are available free on Internet. We have just arranged it in one platform for educational purpose only. In each content, the hyperlink to the primary source is specified. All trademarks belong to their rightful owners, all materials to their authors. If you are the owner of the content and do not want us to publish your materials on our website, please contact us by email – [email protected]. The content will be deleted within 24 hours.
AwardBBCsbest sports newsCommentfavouriteinsultingnews update sportsnewsupdate