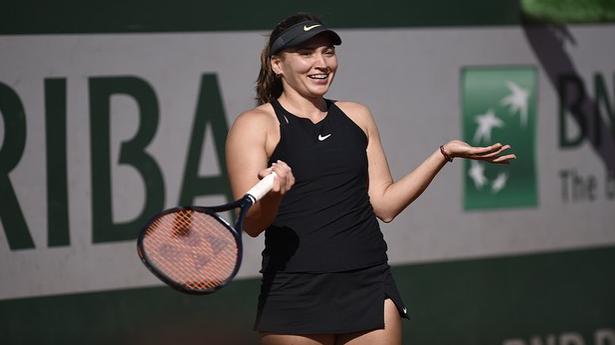 Natela Dzalamidze from Russia is listed as being from Georgia in Wimbledon’s entry list for the women’s doubles, where she is set to partner Serbian Aleksandra Krunic

Natela Dzalamidze from Russia is listed as being from Georgia in Wimbledon’s entry list for the women’s doubles, where she is set to partner Serbian Aleksandra Krunic

Moscow-born Natela Dzalamidze will be able to compete at Wimbledon despite a ban on Russian and Belarusian players at this year’s championships after she changed her nationality to represent Georgia.

The 29-year-old is listed as being from Georgia in Wimbledon’s entry list for the women’s doubles, where she is set to partner Serbian Aleksandra Krunic. Her nationality is Georgian on the WTA Tour’s website.

In April, the All England Lawn Tennis Club (AELTC) banned Russian and Belarusian players from competing at Wimbledon due to the invasion of Ukraine, which Moscow calls a “special military operation”. Belarus has been a key staging area for the invasion.

No involvement in change: AELTC

The AELTC said it has no involvement in players’ change of nationality.

“Player nationality, defined as the flag they play under at professional events, is an agreed process that is governed by the tours and the ITF,” a spokesperson for the AELTC told Reuters in an email.

The WTA and ITF did not immediately respond to requests for comment.

The grasscourt Grand Slam, which begins on June 27, has been stripped of its ranking points by the ATP and WTA Tours over its decision to exclude players from Russia and Belarus.

Earlier this month, the United States Tennis Association said Russian and Belarusian players would be allowed to compete at the U.S. Open this year under a neutral flag.

Denial of responsibility! NewsUpdate is an automatic aggregator around the global media. All the content are available free on Internet. We have just arranged it in one platform for educational purpose only. In each content, the hyperlink to the primary source is specified. All trademarks belong to their rightful owners, all materials to their authors. If you are the owner of the content and do not want us to publish your materials on our website, please contact us by email – [email protected]. The content will be deleted within 24 hours.
best sports newsDzalamidzeGeorgiageorgia tennis playersNatelaNatela DzalamidzeNatela Dzalamidze nationalityNatela Dzalamidze wimbledon