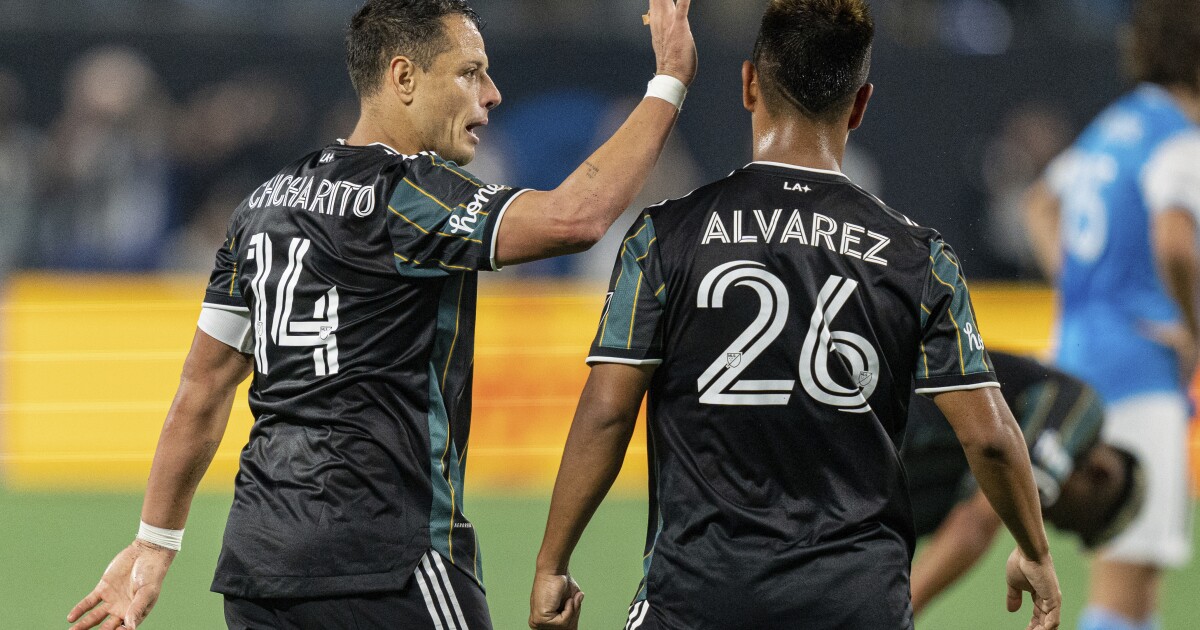 The Sacramento Republic FC was supposed to be playing in MLS this summer.

But billionaire businessman Ronald Burkle, the team’s largest financial backer, spoke loudest 16 months ago when he decided to take his checkbook and go home, citing issues with the stadium project. That left the franchise stuck in limbo between an MLS spot it could no longer afford and the USL Championship, a second-tier league the city believed it had outgrown.

For the Republic’s players, that has made this year’s U.S. Open Cup more a referendum than a tournament, a proving ground to show they belong in MLS. It was a point they made clearly Tuesday when they stunned the Galaxy 2-1 in a tournament quarterfinal at Dignity Health Sports Park.

“It’s another opportunity for our players and our club to really show who they are and what they’re about,” said Todd Dunivant, the Republic’s president and general manager, who was a four-time MLS Cup winner with the Galaxy. “On a national stage, with only eight teams left in the tournament, that’s special for our club and special for our players.”

The winning goal, in the 70th minute, was certainly special, with midfielder Luis Felipe, surrounded by nothing but space, pulling up about 40 yards from the Galaxy goal and bouncing a low left-footed shot by goalkeeper Jonathan Klinsmann at the far post.

Special, too, was Sacramento’s second straight Open Cup win over an MLS team, following last month’s victory over the San Jose Earthquakes, and its fourth over an a first-tier opponent team in its last four appearances in the tournament.

The Republic is the first USL club to beat two MLS teams in the same tournament since FC Cincinnati in 2017. Cincinnati was also the last USL team to make the Open Cup’s final four, a feat Sacramento will match when it plays the winner of Wednesday’s Sporting Kansas City-Union Omaha quarterfinal next month.

However Tuesday’s win was a signature victory all its own because of who it came against as much as for what it accomplished. Although the Galaxy haven’t won a trophy since 2014, they remain the most successful franchise in MLS history.

The Republic, meanwhile, hasn’t made it past the quarterfinals of the second-tier USL Championship playoffs in eight years.

“The beauty of a Cup tournament is that anything can happen on any given day,” Dunivant said. “That’s what our players live for. That’s why they play this game.”

After Sacramento took an early lead on Rodrigo López’s goal in the fourth minute, the Galaxy were gifted the equalizer when Republic defender Conor Donovan accidentally headed in an Efraín Álvarez corner kick.

Although some MLS coaches look at the Open Cup as an unwelcome intrusion into the MLS schedule, Galaxy coach Greg Vanney showed just how seriously he was taking it by bringing regulars Javier “Chicharito” Hernández, Víctor Vázquez and Julián Araujo off the bench early in the second half.

The high stakes of that gamble were apparent in Hernández’s first few minutes on the field, first when his shot from close range — which would have put the Galaxy in front — was stopped by Sacramento goalkeeper Danny Vitiello, and later when two physical tackles left the Galaxy writhing on the ground in pain.

What the changes didn’t do was swing the game in the Galaxy’s favor, with Felipe, who had a brief MLS trial with San Jose, scoring the game-winning goal 11 minutes after Vanney made the substitutions.

Vitiello, meanwhile, was outstanding, especially late when the desperate Galaxy peppered the Sacramento net in search of the tying goal.

Denial of responsibility! NewsUpdate is an automatic aggregator around the global media. All the content are available free on Internet. We have just arranged it in one platform for educational purpose only. In each content, the hyperlink to the primary source is specified. All trademarks belong to their rightful owners, all materials to their authors. If you are the owner of the content and do not want us to publish your materials on our website, please contact us by email – [email protected]. The content will be deleted within 24 hours.
best sports newsCupGalaxyGoallatenews update sportsnewsupdateOpen

Samsung has 50 million units of stockpile due to low demand