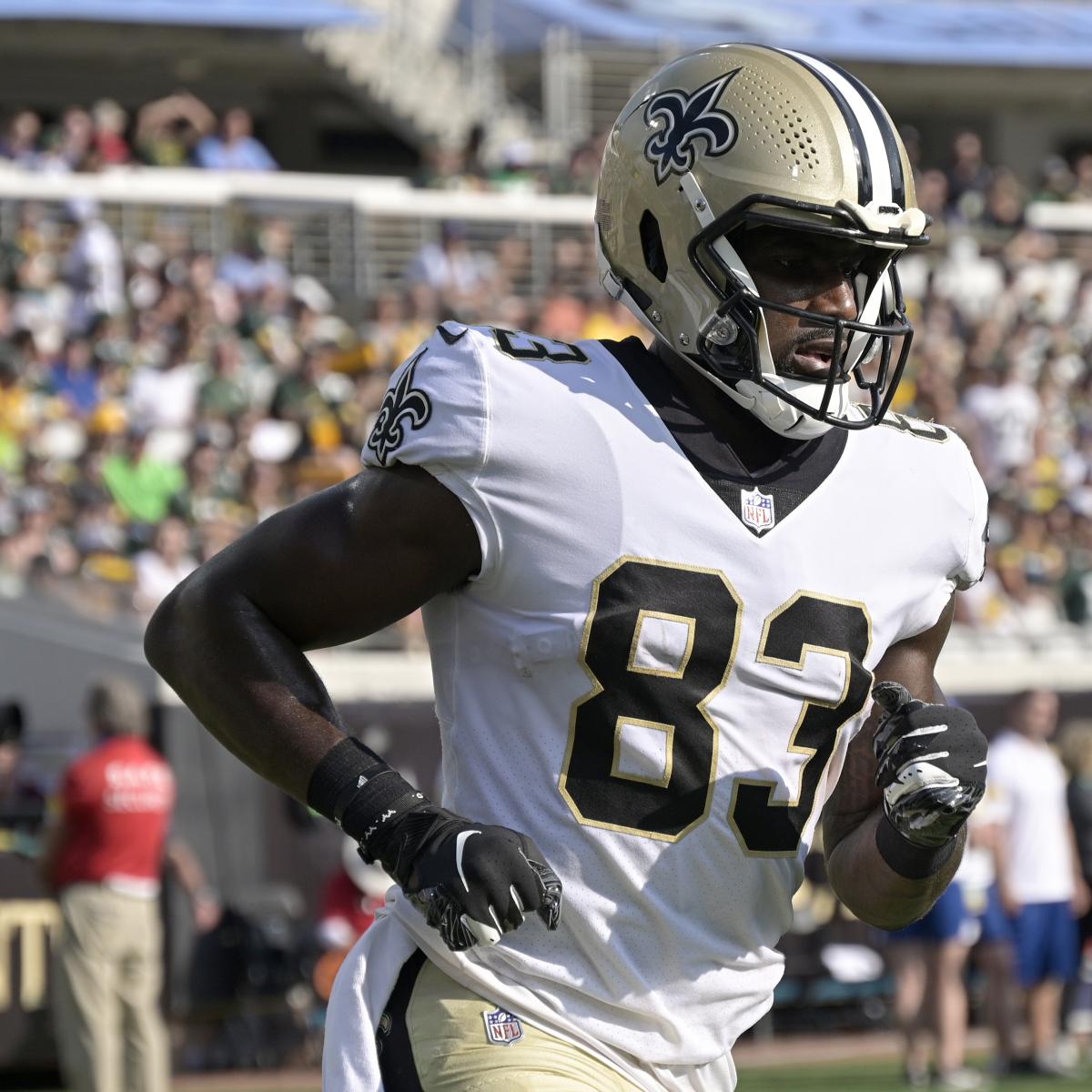 The New Orleans Saints’ gamble of converting Juwan Johnson from wide receiver to tight end paid off in the Week 1 win over the Green Bay Packers.

Johnson caught two of the five touchdowns thrown by Jameis Winston at TIAA Bank Field. He earned those scores despite having one of the lowest snap counts on the New Orleans offense.

Johnson’s effectiveness in the red zone is clear, but it would be wise for the Saints to target him more as they work through which players will make up the long-term production in Michael Thomas’ absence. Thomas is out until at least Week 6 after he was placed on the physically unable to perform (PUP) list.

The Saints could also use backup running back Tony Jones more in Week 2 and beyond. Jones was effective in the role previously occupied by Latavius Murray, and he could turn into a solid complement to Alvin Kamara.

Johnson proved in Week 1 that he can be an effective red-zone threat.

New Orleans needed someone to step up in that area of the field after Jared Cook left in free agency and Thomas was declared out for the first third of the campaign.

Johnson caught all three of the balls thrown in his direction by Winston. He finished with 21 yards and a pair of touchdowns.

In Week 2 against the Carolina Panthers, the Saints should expand Johnson’s role to give Winston another threat across the middle of the field.

Winston targeted Adam Trautman, the other active tight end, six times in Week 1, but Trautman only brought in half of those passes.

Johnson could take advantage of Carolina’s defense against tight ends. The Panthers allowed the New York Jets duo of Ryan Griffin and Tyler Kroft to catch six balls for 48 yards on Sunday.

If Johnson continues to get better in his assimilation to tight end, the Saints could have one of the league’s breakout stars at the position.

New Orleans’ No. 2 running back is always going to have a low snap count, but Jones could take some pressure off Kamara as the season goes on.

Jones appeared on the field in 35 percent of the Saints’ offensive snaps on Sunday. He has the potential to get around 45-50 percent if he makes a similar impact in Week 2 and beyond.

Kamara received 20 touches in the ground game and he picked up three more in the passing game.

The Saints may rely on the rushing attack more in September while Winston finds more comfort in the pocket. Winston threw for five touchdowns, but he only attempted 20 passes against Green Bay.

If New Orleans discovers a solid one-two punch with Kamara and Jones, it will not need Winston to attempt around 30 passes per game.

That chemistry could be developed more against the Panthers, who are perceived as one of the weaker teams in the NFC.

New Orleans had space open up on the defensive line after Marcus Davenport suffered a pectoral injury on Sunday.

According to NFL Network’s Ian Rapoport, Davenport will “miss some time” while recovering from the pectoral strain.

Albert Huggins is one of the interior players who could help take over for Davenport’s lost production, starting in Week 2.

Huggins had three tackles and a quarterback hit of Aaron Rodgers over 21 defensive snaps. He had the lowest snap total of any defensive lineman.

Huggins’ production in a short span is a promising sign for the Saints as they try to add a consistent pass-rush around Cameron Jordan without Davenport in the fold.

Christian Ringo and Tapoh Kpassagnon are the other defensive linemen who should get a chance to fill Davenport’s role, but Huggins was most effective in the key stat columns relative to his time on the field in Week 1.

Denial of responsibility! NewsUpdate is an automatic aggregator around the global media. All the content are available free on Internet. We have just arranged it in one platform for educational purpose only. In each content, the hyperlink to the primary source is specified. All trademarks belong to their rightful owners, all materials to their authors. If you are the owner of the content and do not want us to publish your materials on our website, please contact us by email – [email protected]. The content will be deleted within 24 hours.
Loading...
best sports newsDeservenews update sportsnewsupdatePlayersSaintsSnapssports news