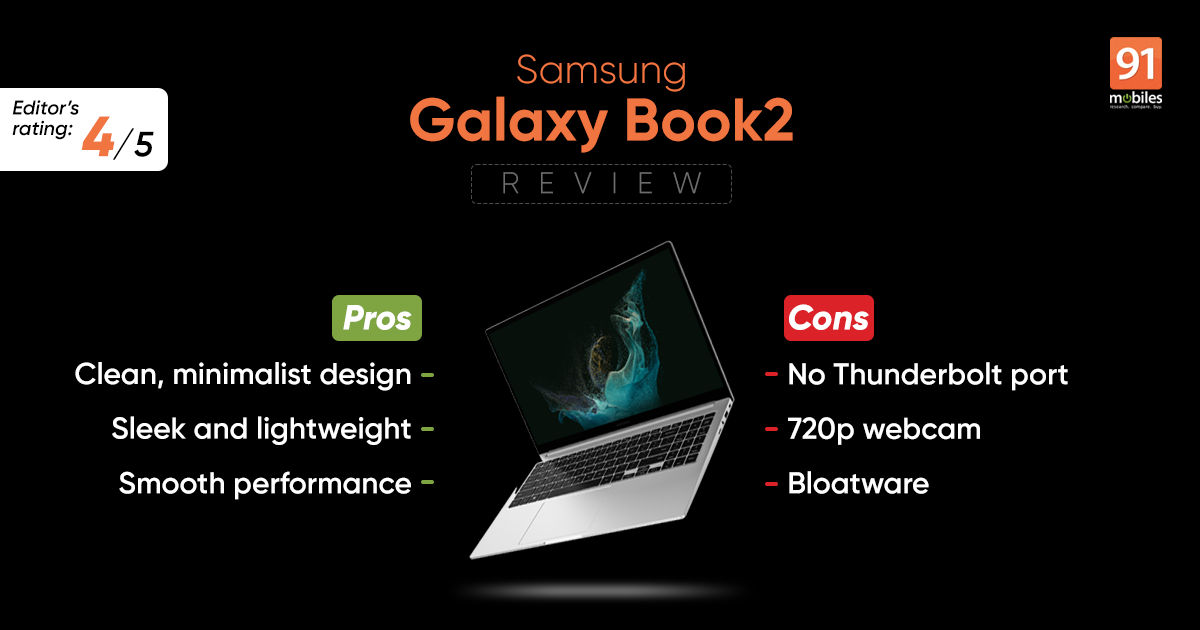 Samsung seems to be quite serious about its second innings in the Indian laptops segment and is treating it like a test match, with calculated strokes aimed to net it high scores and cover as much of the playground as possible. The Galaxy Book2 Pro 360 I checked out earlier sits at the premium end of the spectrum, with its AMOLED touchscreen and hybrid form factor. Samsung even has an entry-level, Snapdragon-powered laptop designed for education and basic productivity-related tasks. Somewhere in the middle sits the Galaxy Book2, the laptop I’m trying out now. Priced at Rs 79,990 for the Core i7 model (there’s a Core i5 model that starts at Rs 65,990), this comes across as a workhorse with its large 15.6-inch screen and specs that pack more than enough grunt.

The first thing that strikes you about the Galaxy Book2 is the design. Clad in silver, the Galaxy Book2 stands out with a full aluminium body that looks minimalist to the core. The sleek laptop adopts a flat design and maintains a clean, industrial sort of look both inside and out that should appeal to most. Just 15.4mm thick and weighing 1.6kg, the device is quite portable and easy to carry around too. 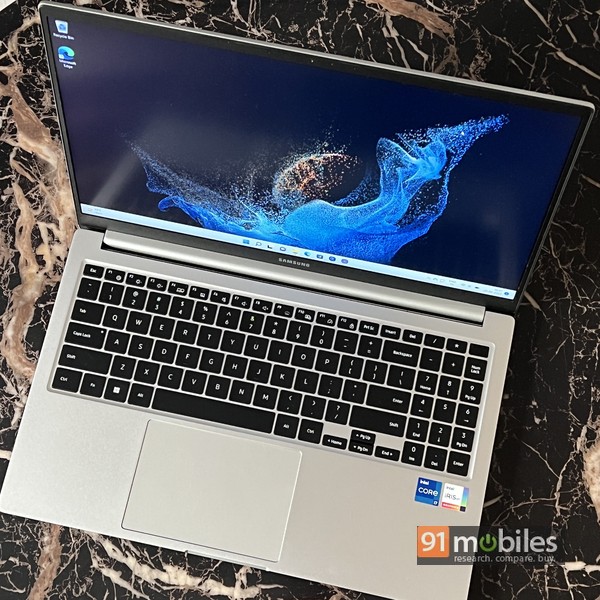 The lid is devoid of any design elements barring subtle Samsung branding, placed towards one side. Opening the lid (which doesn’t really need both hands) reveals the big screen with slim bezels and a slightly wider chin. The clean, flat look continues inside. The keyboard is full-sized and comes with a dedicated numpad, with the large trackpad sitting below. A fingerprint scanner is integrated into the power key on the top right, and it works quite well too. The screen can fold 180 degrees, offering extra flexibility in terms of viewing angles. 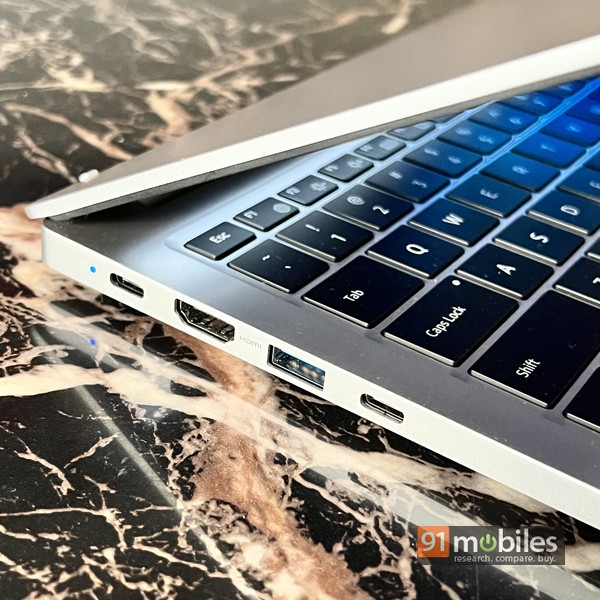 The Galaxy Book2 features Bluetooth 5.1 and Wi-Fi 6 for wireless connectivity, and as far as the ports are concerned, offers a fair selection as well. On the left are a couple of Type-C ports, flanking an HDMI and a USB Type-A v3.2 port. On the right is a security slot, another Type-A port, a combo audio port and a microSD card reader. Thunderbolt support, however, seems to be missing. Another niggle is the fact that the webcam is just 720p, but on the positive side, the stereo speakers churn out nice audio. 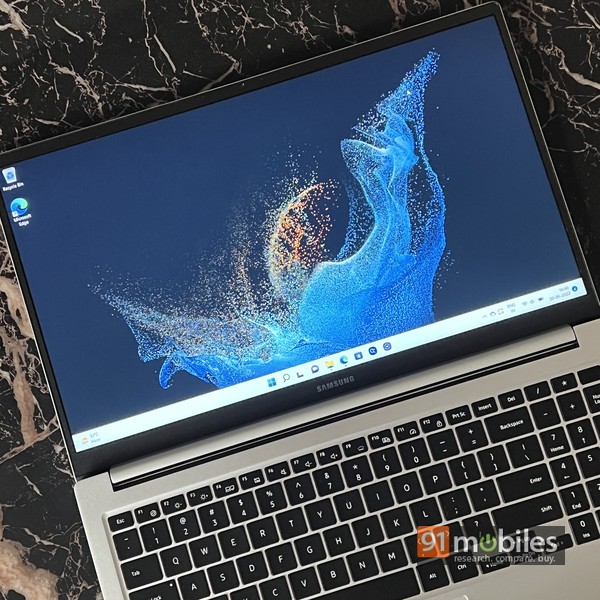 The 15.6-inch full HD screen is of the LED variety, missing the goodness of the AMOLED panel seen on its pricier sibling. That said, the screen on the Galaxy Book2 is still quite capable, outputting vibrant colours and sharp, crisp visuals. The keyboard is intuitive – the keys are well spaced out and there’s a dedicated numpad as well. I just wish the keys offered a little more travel, but the 3-stage white backlight is definitely quite useful. The trackpad is large and responsive too, so no complaints there. 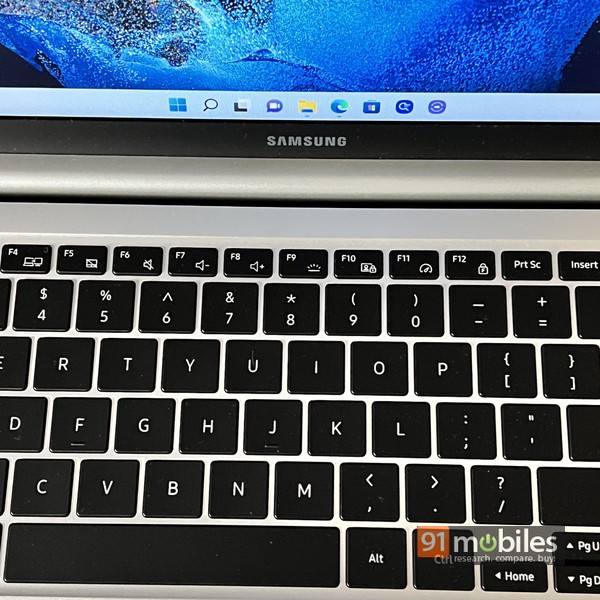 Software-wise, there’s Windows 11 Home, along with Microsoft Office. As with the Galaxy Book2 Pro 360, there are quite a few Samsung apps that come pre-installed. Most of them can come in handy if you’re already a part of Samsung’s ecosystem and use one of its smartphones or tablets, but not so much otherwise. For example, if you have a Samsung Galaxy tablet, you can use the Galaxy Book2’s keyboard and trackpad to control it, and drag and drop data across the two devices easily. Samsung Settings deserves special mention, as it allows you to limit charging to 85 percent to ensure the laptop’s battery remains healthy, set performance modes, choose a colour mode for the display, set colour temperature, etc. You can choose a timeout duration for the keyboard backlight as well, among other things.

As far as performance is concerned, number-crunching in the Galaxy Book2 is handled by the 12th-gen Core i7-1255U CPU, with Intel Iris Xe handling the graphics. Also on board is 16GB LPDDR4x RAM, and 512GB NVMe SSD. There’s even a spare SSD slot, giving you room for expansion. Benchmark figures indicate good performance, and that’s certainly reflected in real-world usage as well. While it might not be ideal for intensive gaming, the Galaxy Book2 turns in a smooth performance otherwise. Its large screen and features like the dedicated numpad make it especially suited to productivity tasks and it does excel in that department, also handling multitasking with ease. The 54Wh battery offers reasonable battery life too, and you should be able to eke out a day’s worth of light productivity-based usage out of it. The bundled 45W Type-C charge juices up the machine in about 2 hours. 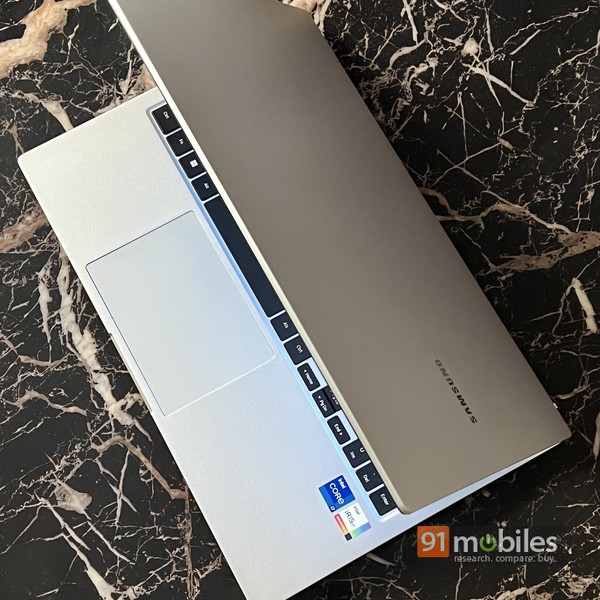 The Samsung Galaxy Book2 certainly comes across as a compelling device, especially suited for work and office goers. It does have a couple of niggles, but scores where it matters. Scoring high on design, portability and performance, it proves to be a capable option, and one worthy of close consideration when you’re on the lookout for a stylish, sleek laptop that packs lots of grunt.

Denial of responsibility! NewsUpdate is an automatic aggregator around the global media. All the content are available free on Internet. We have just arranged it in one platform for educational purpose only. In each content, the hyperlink to the primary source is specified. All trademarks belong to their rightful owners, all materials to their authors. If you are the owner of the content and do not want us to publish your materials on our website, please contact us by email – [email protected]. The content will be deleted within 24 hours.
91mobiles.combest technology newsBook2GalaxyjobMachinenews update technewsupdate

Four Races From the U.S. Track and Field Championships Worth Watching Again

Fallout 76’s The Pitt Expedition Is The Next Chapter…