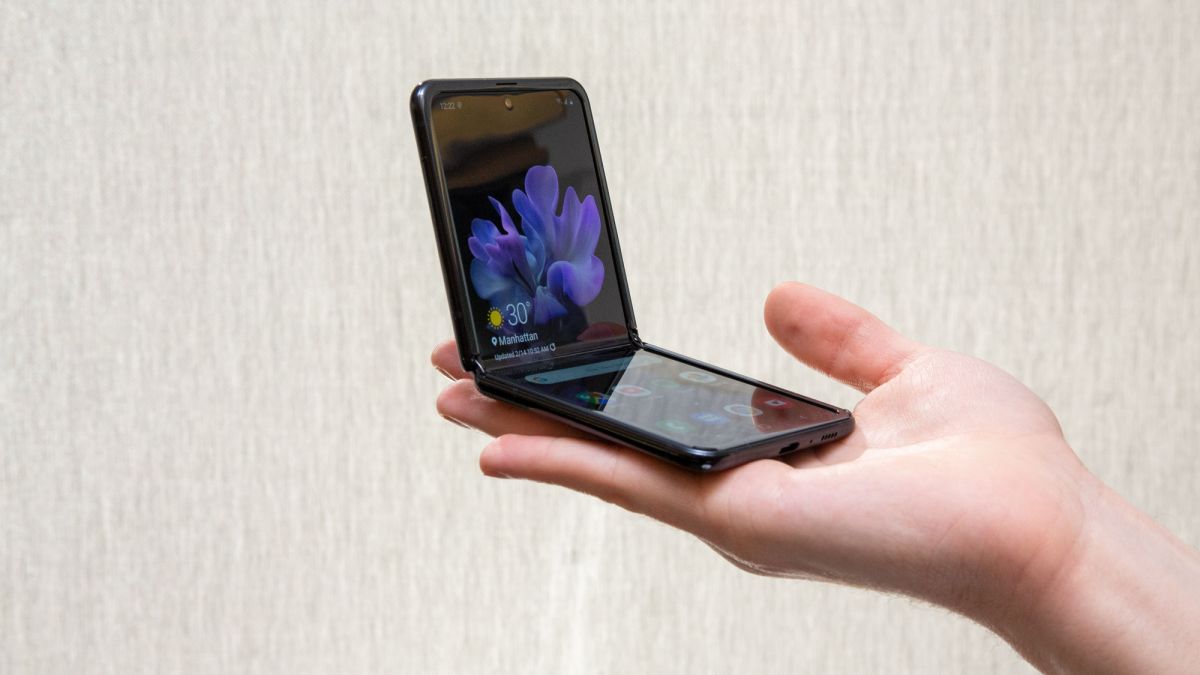 Samsung’s interest in foldable phones doesn’t begin and end with the Galaxy Z Fold 3. A new version of the Galaxy Z Flip is in the works, too, and we’re getting closer than ever to the launch of a new foldable device with a clamshell phone design.

It’s been more than a year since the first Galaxy Z Flip arrived, which means that a successor should be arriving shortly. And that will be a welcome arrival, as Samsung’s first clamshell foldable felt a bit nostalgic, hearkening back to the days of flip phones.

Each day seems to bring new details about the next Galaxy Z Flip, suggesting a launch is coming, probably in the next few months. Here’s what we know so about the Galaxy Z Flip 3. (That’s right — we said 3 and not 2.)

An initial rumor pointed to Samsung releasing new foldables in May, which we assumed to be the successors to the Fold and Flip lines. However, a more recent leak points to a July timeframe for the Galaxy Z Flip 3 and Z Fold 3. This is further corroborated by another leak from SamMobile, which states that both new foldables will arrive in the second half of 2021.

A new rumor, this one from user FrontTron on Twitter, claims that the Z Flip 3 will in fact launch on August 3. This is the same month that the Galaxy Z Flip 5G launched last year, and a month before the September launch of the Galaxy Z Fold 3, which will likely launch at the same time. Consider that this also fits in with the late 2021 claim from SamMobile, and this seems like another likely launch option for Samsung.

If there is a launch in May, it could be for a new foldable altogether —possibly a Lite version of one of Samsung’s current models. We do know the company plans to release what it calls “more accessible” foldables this year, which we take to mean cheaper versions of its pricey smartphones. So anything’s possible at this point.

For what it’s worth, the original Galaxy Z Flip was unveiled in February 2020 when Samsung also took the wraps off the Galaxy S20 lineup.

At this moment, we don’t know anything about pricing for the Galaxy Z Flip 3. However, Samsung could be looking at cutting the price compared to the original,

FrontTron’s leak says the Z Flip 3 will start somewhere between $999 and $1,099, with the most expensive version costing $1,199. That’s a significant cut that brings the Z Flip in line with other flagship Samsung phones such as the Galaxy S21 Ultra.

That could signal a push by Samsung to offer foldables at lower prices, increasing their appeal. Whether this will apply to the larger Z Fold family is another matter, and that’s assuming that FrontTron’s leak is accurate.

Since there’s just one Galaxy Z Flip, you’d think that the successor would be called the Flip 2. But Samsung doesn’t always work that way. Sometimes, the carrier skips numbers entirely. And it also likes keeping things uniform, like having the Galaxy S and Note lines sport the same numbers.

Design details about the Galaxy Z Flip 3 are starting to emerge. We’ve always assumed the phone will once again be a clamshell foldable. That means the hinge is on the horizontal x-axis, versus the Fold’s vertical y-axis. This obviously takes some of us back to the days of flip phones, and there’s a lot of nostalgia there.

Leaked photos reportedly showing off the Galaxy Z Flip 3 confirm that the clamshell design is returning. But Samsung could be making a modest change, introducing a two-tone design reminiscent of Google’s Pixel phones.

In these images from YouTuber @TheGalox_, the Galaxy Z Flip 3 has a black bar that houses the phone’s dual camera setup and its secondary screen. Below that bar, you’ll find different colors. The leaked images show off the Galaxy Z Flip 3 with beige, gray, dark green and light violet shades.

That squares with previous leaks about the Galaxy Z Flip 3 color options. Display expert Ross Young tweeted that there are other colors in the mix — specifically black, dark blue, white and pink.

Rumors about the full specs for the Galaxy Z Flip 3 have not surfaced yet. However, we have heard that there will be a larger battery this time, though these rumors don’t specify the exact capacity.

Last September, a leaker on Twitter by name of @chunvn8888 claimed with 100% certainty that the Galaxy Z Flip 3 will have a larger outer screen, a bigger battery, an upgraded hinge, and Ultra Thin Glass (UTG) — perhaps an improved UTG from the original Galaxy Z Flip. How reliable this person is remains to be seen, but these changes for the Galaxy Z Flip 3 make sense. Certainly, the leaked Galaxy Z Flip images suggest that the notification screen is a little bit bigger than the 1.1-inch display on the current model.

SamMobile says that the Galaxy Z Flip 3 will have possibly have 128GB and 256GB storage options. The site also claims that the new clamshell foldable will come with One UI 3.5, a new version of Samsung’s Android skin. For reference, One UI 3.1 debuted with the Galaxy S21.

Leaks from Safety Korea, 3C, and DEKRA suggest that the Galaxy Z Flip 3 will have a roughly 3,300 mAh battery capacity, the same as its predecessor. The battery capacity, split between 2,370 mAh and 903 mAh cells, will hopefully go for longer than the original Z Flip.

While we know nothing else at this point, we do anticipate that the Galaxy Z Flip 3 will feature high-end specs to make the likely high price worth it. At the moment, that would be a Snapdragon 888 processor, though it’s possible Samsung could have another chipset in mind.

Samsung Galaxy Z Flip 3: What we’d like to see

Better battery life: This was a big problem with the first Galaxy Z Flip. The 3,300 mAh cell just wasn’t enough to keep things powered for very long. Though it fared a whole lot better than the Motorola Razr on our battery test, it still fell below the average for smartphones with its result of 8 hours and 16 minutes. If the Galaxy Z Flip 3 sees a bigger battery, we’d hope that runtime improves.

Improved durability: Though the original Galaxy Z Flip was plenty durable for a folding phone, we think the Galaxy Z Flip 3 should be more so. Using that Ultra Thin Glass in its display helps a lot, but we hope Samsung makes the new clamshell foldable feel more sturdy. After all, if you’re shelling out more than $1,000 for a phone, you’d expect it to survive an accidental drop or scrape. And it’d be great if the outside didn’t show so many smudges.

Better app support for Flex mode: As with any new technology, there is an adoption period that exists between introduction and mainstream acceptance. While having a display that expands out into something bigger is cool, if apps don’t support it, why would you want to use the feature? And when that feature is the basis for buying the device in the first place, you run into a problem. That said, there are a few apps that support the original Galaxy Z Flip’s multiple panels. We’d just like to see more of them by the time the Galaxy Z Flip 3 launches.

Denial of responsibility! NewsUpdate is an automatic aggregator around the global media. All the content are available free on Internet. We have just arranged it in one platform for educational purpose only. In each content, the hyperlink to the primary source is specified. All trademarks belong to their rightful owners, all materials to their authors. If you are the owner of the content and do not want us to publish your materials on our website, please contact us by email – [email protected]. The content will be deleted within 24 hours.
best technology newsdateFlipGalaxyleaksnews update technewsupdateprice