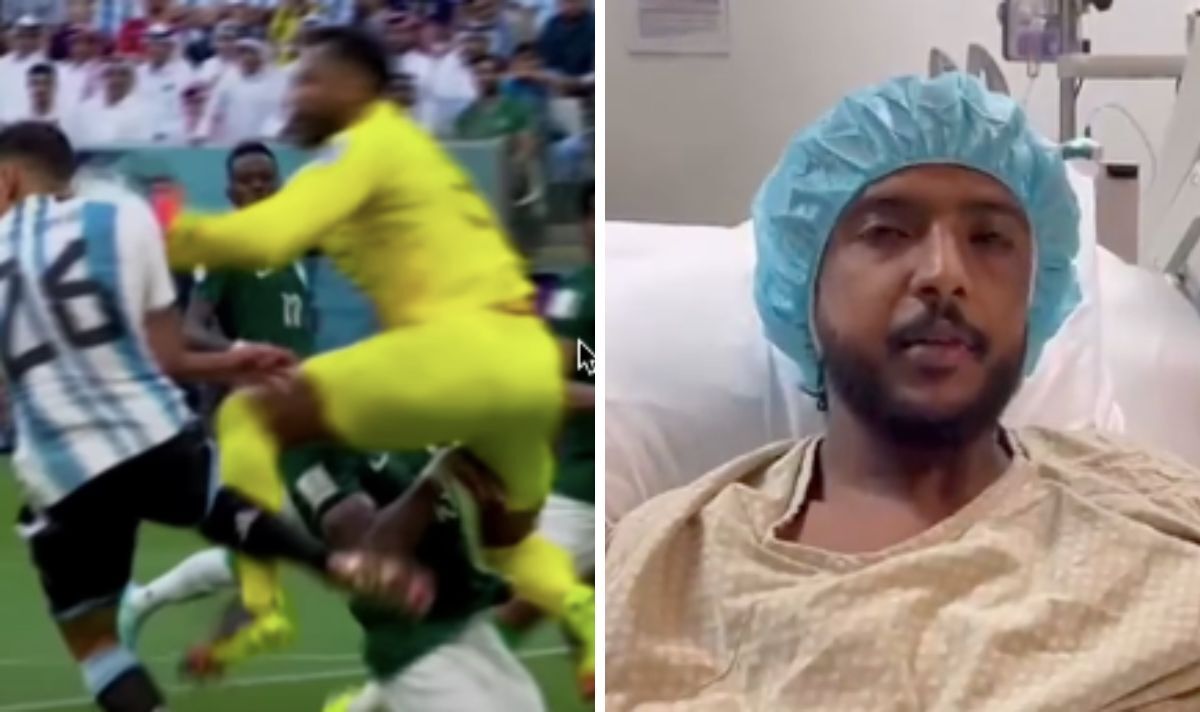 Saudi Arabia defender Yasser Al-Shahrani has undergone successful emergency surgery after suffering a broken jaw during a sickening collision with goalkeeper Mohammed Al-Owais in his nation’s historic 2-1 triumph over Argentina. There were immediate concerns for the player’s safety after he was seemingly knocked out cold following the unfortunate clash which has now ruled him out of the rest of the tournament in devastating fashion.

Saudi Arabia were defending for their lives as Argentina pushed for an equaliser as Herve Renard’s side put their bodies on the line for their country.

But as a cross was lifted into the box, goalkeeper Al-Owais came to collect the ball and did not see his defender as his knee smashed into Al-Shahrani’s jaw.

The Al-Hilal star was flown back to his homeland and has since undergone a successful procedure on Wednesday afternoon, as per the Saudi Federation.

“Yasser Al-Shahrani underwent a successful surgery in the pancreatic gland at the National Guard Hospital in Riyadh,” they said on social media.

The incident somewhat marred a momentous day for Saudi Arabia, who will qualify for the knockout stages if they’re able to beat Poland this weekend.

A national holiday was confirmed for Wednesday following the historic triumph which was secured by two brilliant second-half goals from Saleh Alshehri and Salem Aldawsari.

Head coach Renard, who was remarkably sacked by English side Cambridge United back in 2004, put the victory down to Argentina’s complacency.

“To sum everything up, today all the planets aligned. Argentina are a fantastic team, winners of the last Copa America, but football is like that, it’s crazy, and we won,” the two-time Africa Cup of Nations-winning boss said.

Saudi Arabia fans have travelled in their numbers to Doha as they can drive across the border from their homeland to cheer on their beloved nation.

Japan have since taken inspiration from Saudi Arabia by coming from behind to beat Germany 2-1 in Group E.

The underdogs had trailed at half-time following Ilkay Gundogan’s opener from the penalty spot but goals from inspired substitutes Ritsu Doan and Takuma Osano flipped the spectacle on its head.

Denial of responsibility! NewsUpdate is an automatic aggregator around the global media. All the content are available free on Internet. We have just arranged it in one platform for educational purpose only. In each content, the hyperlink to the primary source is specified. All trademarks belong to their rightful owners, all materials to their authors. If you are the owner of the content and do not want us to publish your materials on our website, please contact us by email – [email protected]. The content will be deleted within 24 hours.
Arabiabest sports newsemergencyHeroHorrorinjurynews update sportsnewsupdate