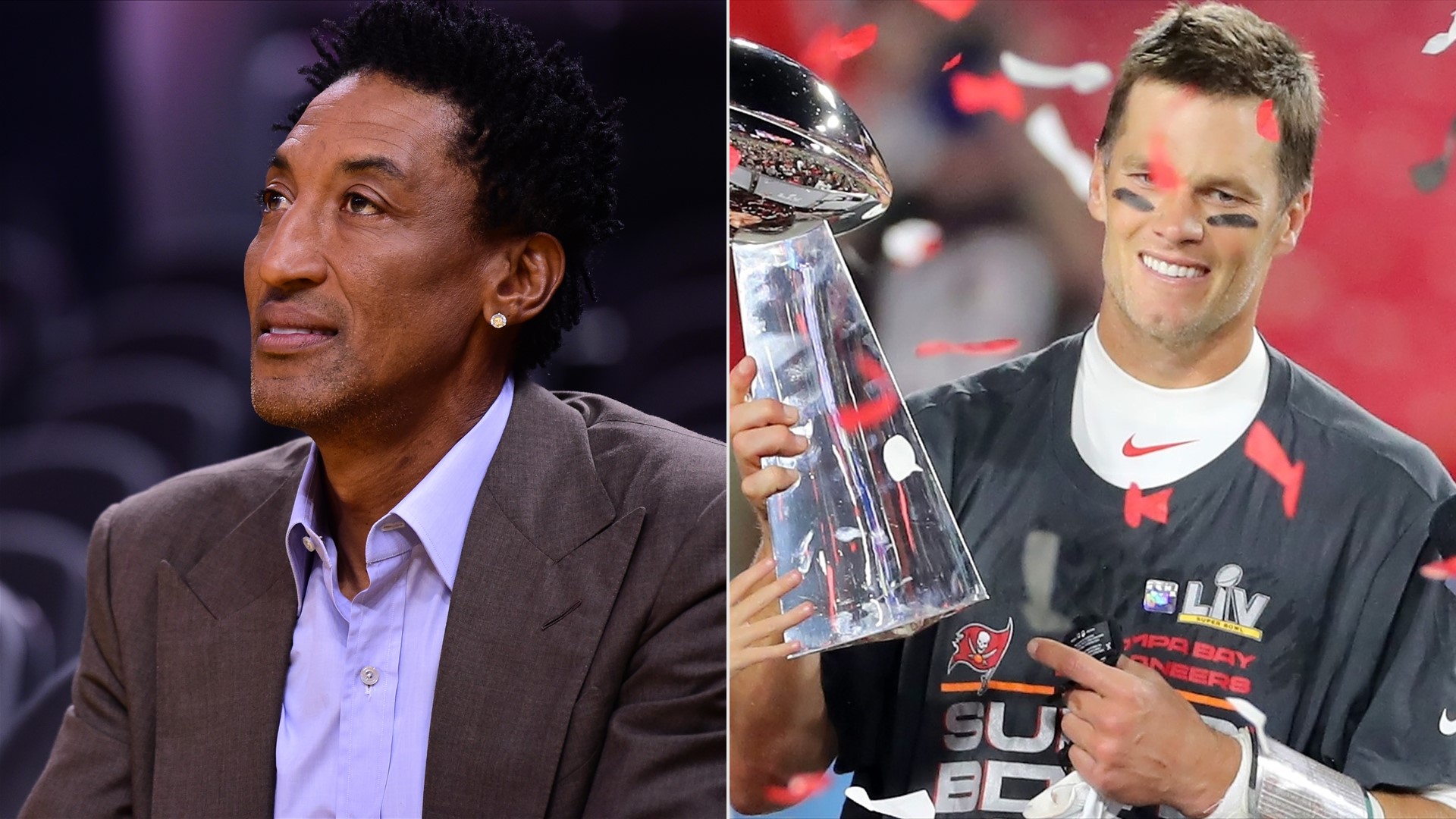 “Is this your GOAT?” – Scottie Pippen, probably.

As part of a promotional tour for his recently-released memoir, “Unguarded,” Pippen has had quite a bit to say about some of the most revered figures in NBA history, namely his Hall of Fame teammate, Michael Jordan. In a recent interview with GQ’s Tyler Tynes, Pippen took it outside of the world of basketball, sharing his opinion on seven-time Super Bowl champion Tom Brady.

“It’s hard to place Tom Brady at the top of the NFL,” Pippen began, drawing an analogy to where he places himself among all-time basketball greats.

“Even though [Brady has] won a lot of championships, there are almost 70 players on each team, so is he playing on every side of the football? Is he on kickoff? Is he on the punt returns? Because if he ain’t playing all them roles, then he got to give credit to his team.”

Pippen brought things full circle, saying that he places himself with the greatest team that ever played in the NBA, alluding to the fact that Brady has also benefitted from playing on some of the greatest teams to ever play in the NFL.

The latest comments from Pippen align with what he penned in his memoir about the Bulls dynasty of 1996-98 in comparison to the more recent Warriors dynasty from 2016-19.

Still, his words aren’t doing too much to diminish the resume of Brady, who has won seven Super Bowls, five Super Bowl MVPs and three NFL MVP awards and is the league’s all-time leader in career wins, touchdown passes and passing yards.

At the age of 44, Brady remains at the top of his game and, through 10 weeks of action, is second among betting favorites to take home the MVP award once again.

Pippen is seemingly one to place the accolades of a team above that of a player, but some players like Brady and Jordan have resumes that are impossible to downplay. We’ll see if he chimes in on Wayne Gretzky’s career next.

Denial of responsibility! NewsUpdate is an automatic aggregator around the global media. All the content are available free on Internet. We have just arranged it in one platform for educational purpose only. In each content, the hyperlink to the primary source is specified. All trademarks belong to their rightful owners, all materials to their authors. If you are the owner of the content and do not want us to publish your materials on our website, please contact us by email – [email protected]. The content will be deleted within 24 hours.
best sports newsBradydiscussionGOATHardnews update sportsnewsupdateNFL

Rockstar Games apologizes to fans for the state of GTA Trilogy Definitive Edition, promises to “address the technical issues”