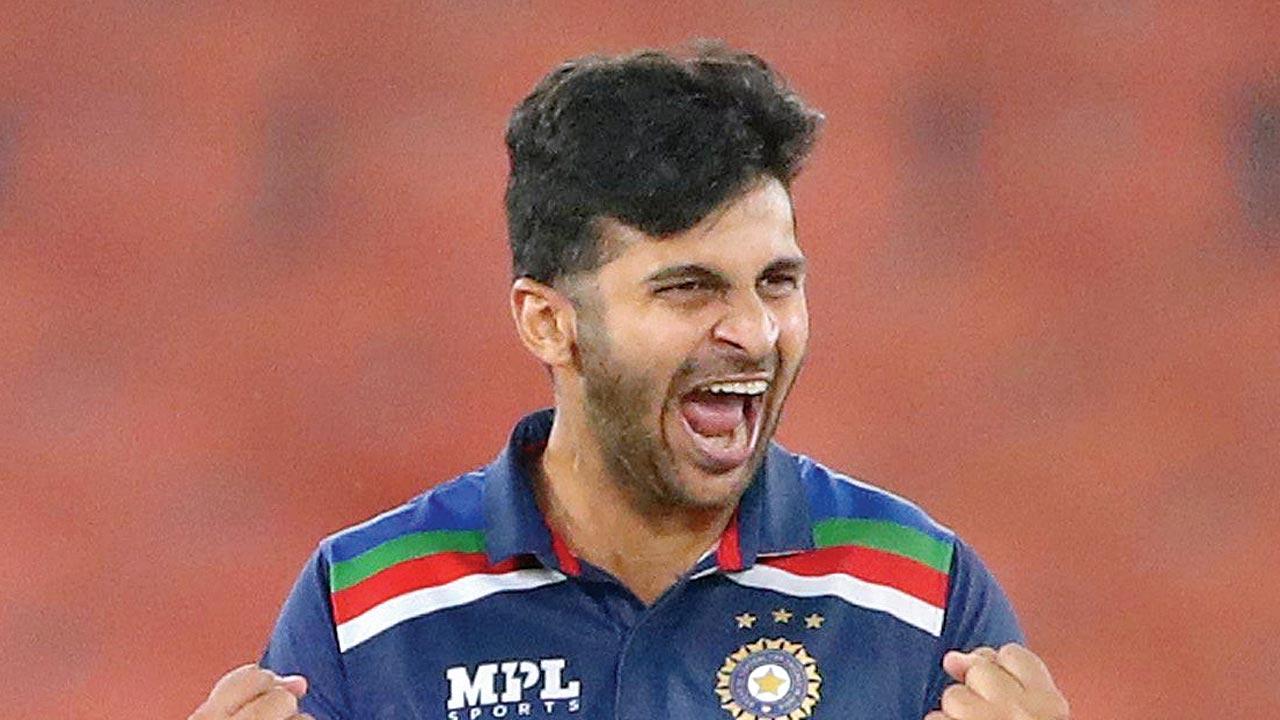 Be it the longer version of the game or the shortest format, bowling all-rounder Shardul Thakur has been India skipper Virat Kohli’s go-to man whenever needed across the last one year or so. The Mumbai-based fast bowler has also played a vital role in taking his Chennai Super Kings side to the final of IPL-14, claiming 18 wickets from 15 games this season.

It’s this top form that has resulted in Thakur, 29, who was earlier picked as a stand-by for the T20 World Cup to be held in Oman and UAE from October 17, replacing left-arm spinner Axar Patel in India’s final squad of 15 on Wednesday.

Thakur’s childhood coach Dinesh Lad was expecting the development. “The way Shardul has been performing across the last year in all formats, he should have been in the original 15-member squad for this World Cup. Anyway, now it seems that the BCCI’s selection committee [led by former India pacer Chetan Sharma] have rectified their mistake. I am confident that Shardul will continue making match-winning contributions with both ball and bat in the UAE,” Lad told mid-day on Wednesday.

Shardul’s father, Narendra meanwhile, is also confident that his son will do well at the T20 World Cup. “Though Shardul was in the reserves earlier, I’ve been expecting him to get a chance in final 15. He played well in England, where he performed with both bat and ball. Then the way he has been bowling in the IPL and taking wickets, he has shown that he is in good form.

“This is a great honour that Shardul is getting this opportunity to represent the country in the World Cup. I hope that he will continue his all-round performance. I want him to take minimum of two wickets in every game he plays,” said Thakur Sr.

Check out all the latest news and updates on IPL 2021

Denial of responsibility! NewsUpdate is an automatic aggregator around the global media. All the content are available free on Internet. We have just arranged it in one platform for educational purpose only. In each content, the hyperlink to the primary source is specified. All trademarks belong to their rightful owners, all materials to their authors. If you are the owner of the content and do not want us to publish your materials on our website, please contact us by email – [email protected]. The content will be deleted within 24 hours.
best sports newscricket newsDinesh Ladlive T20 World Cup scoreNarendra Thakurnews update sportsnewsupdateShardul