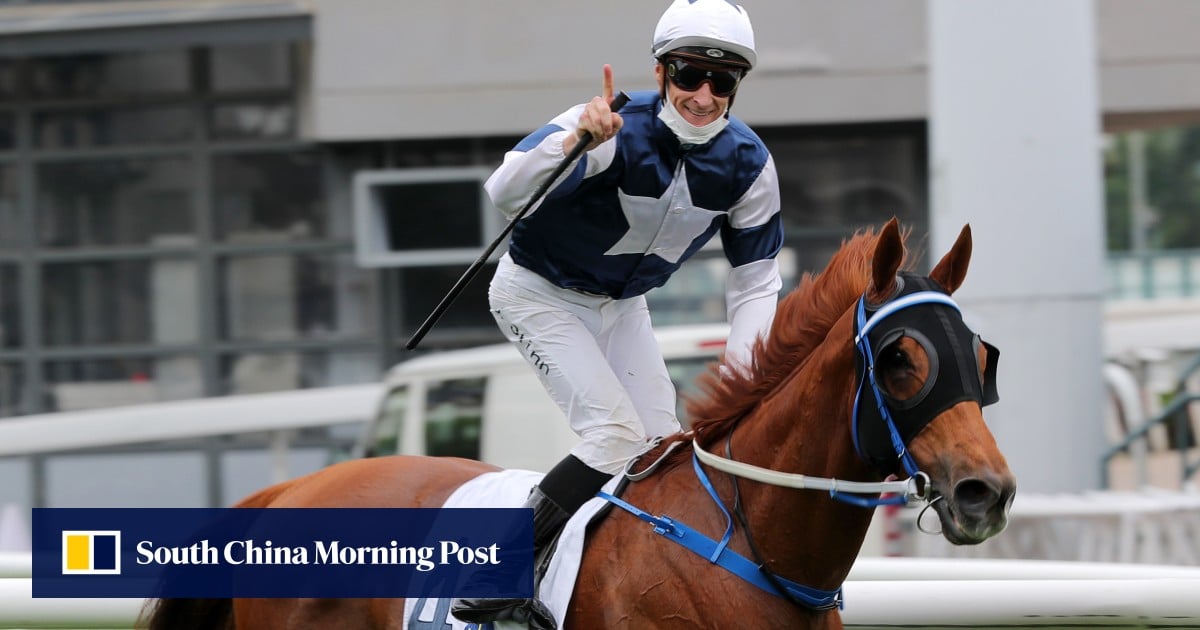 If at first you don’t succeed, try again and that’s exactly what Blake Shinn did when riding a double at Sha Tin on Sunday.

The Australian, who has announced his intention to leave Hong Kong at the end of the season, walked the rain-softened course before racing and was the first jockey in the opening contest to explore a route towards the outside of the track down the straight.

That move on favourite Telecom Missile in the Class Five Somerset Handicap (1,200m) failed to pay off when he finished third behind Universal Crown, but Shinn was undeterred by that defeat and repeated the tactics to fantastic effect to take out two of the next three races on the card.

The Caspar Fownes-trained The Rock was the first to benefit from Shinn’s enterprising manoeuvres when winning the Class Two Alnwick Handicap (1,600m), the most valuable race at the meeting.

Seizing the initiative, Shinn was keen to grab the lead on the five-year-old and he eased his way to the centre of the track upon turning for home and had enough in the tank to win by a neck, with California Ten and favourite Running Glory dead-heating for second.

Champion trainer Fownes was delighted with the win and revealed he had given Shinn the green light to be bold.

“It was a good ride by Blake Shinn and well done to him,” Fownes said. “He did his homework, he came here earlier today and he walked the track and felt it might be a little bit better on the outside, so he made that decision and I supported that.

“I said ‘you go for it, I’ll respect your decision’ and I’m very happy that he got the job done. I’m very happy for Blake, he’s riding extremely well and we’re going to miss him next season. We hope we can convince him to stay.

“The Rock ran very well last start on the dirt to finish fourth and he’s the type of horse you can back up in a short period of time, he’s shown us that.

“When the rain came this morning I thought that would help us a little bit. There was not much pace in the race so we controlled the pace and he fought on strongly the last 200m. It was a good, strong finish.”

Shinn to leave HK at the end of the season: ‘the mental stress has become too much’

Shinn could have been forgiven for aborting those wide runs when the move failed to pay off in the first race but he was confident that he was making the right call after putting in the time before the meeting.

“You study a lot of replays and you do your homework,” Shinn said. “You look at previous patterns but then you come here a couple of hours before the meeting and you walk the track and I made an assessment to come to the outside, thinking it was the right call early in the day.

“I got it wrong in the first race, but thankfully The Rock rewarded me for that little bit of extra homework and it was a fantastic effort.”

Shinn felt there was no need to change a winning formula just half an hour later when he brought up his 31st winner of the season aboard Mission Smart in the Class Five Suffolk Handicap (1,400m).

Settling midfield after breaking from stall 11, Shinn came even wider up the straight this time around, went clear with 300m to go and his mount stayed on well to hold off the fast-finishing Royal Agility.

Denial of responsibility! NewsUpdate is an automatic aggregator around the global media. All the content are available free on Internet. We have just arranged it in one platform for educational purpose only. In each content, the hyperlink to the primary source is specified. All trademarks belong to their rightful owners, all materials to their authors. If you are the owner of the content and do not want us to publish your materials on our website, please contact us by email – [email protected]. The content will be deleted within 24 hours.
best sports newsBitdoubleEnterprising Blake Shinn rewarded with Sha Tin double after a ‘little bit of extra homework’extrahomeworknews update sportsnewsupdate