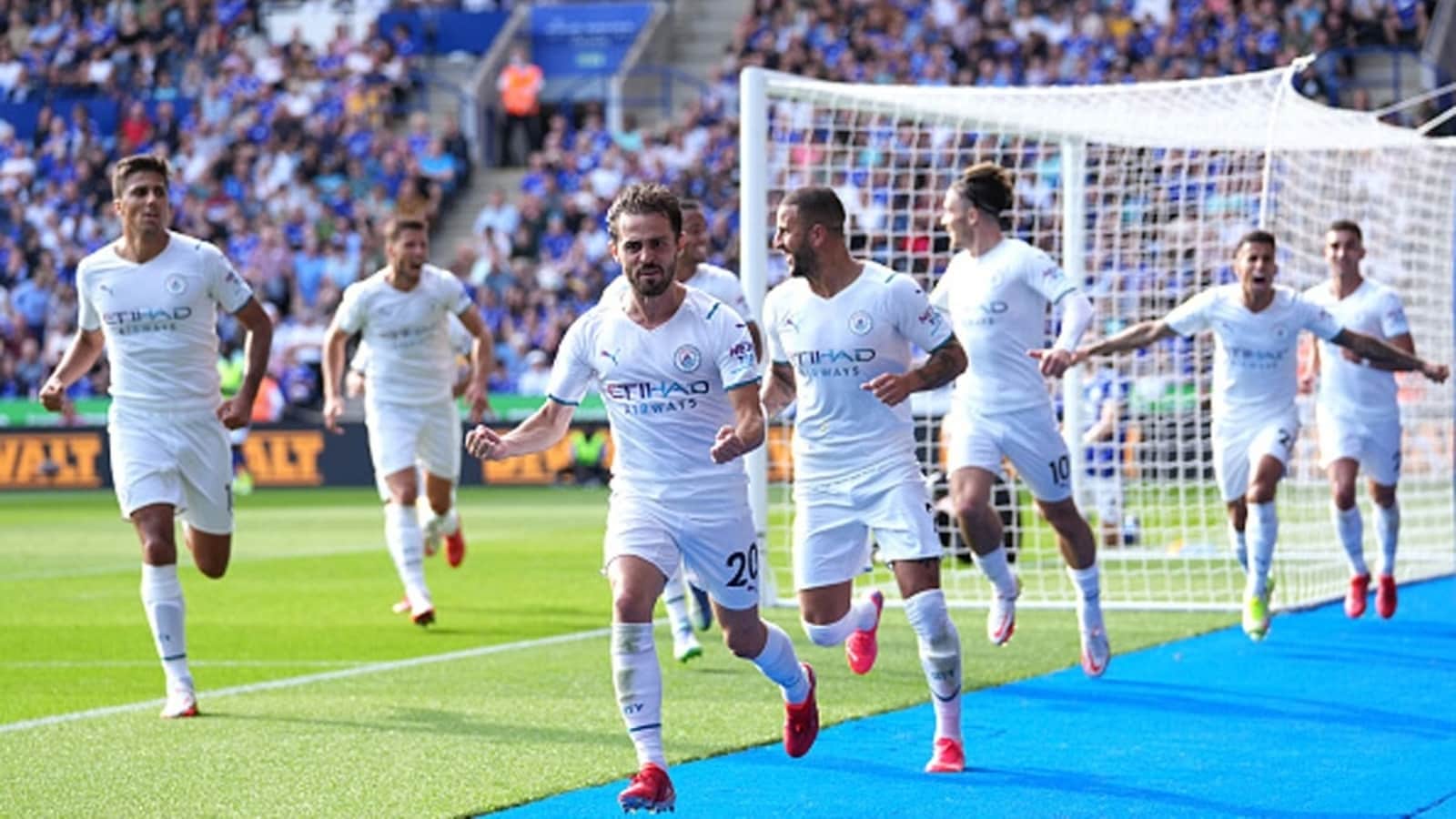 Bernardo Silva scored the only goal as Manchester City grabbed a vital 1-0 win at Leicester City in the Premier League on Saturday to climb to second place in the table behind rivals Manchester United.

Leicester defender Jannik Vestergaard missed a golden chance from an early corner, but he could not get a clean connection on his header and it sailed over the bar. City striker Ferran Torres had a number of decent chances in the first half but Kasper Schmeichel managed to avert the danger.

Harvey Barnes came close to opening the scoring early in the second half as he rose to meet a cross, only to send his close-range header skimming off the top of the crossbar. A minute later Jamie Vardy had a goal ruled out for offside but it was Manchester City who finally broke the deadlock as Silva pounced on a loose ball in the box to fire home in the 62nd minute.

City defender Kyle Walker almost added a second with a powerful shot form the edge of the box, but Kasper Schmeichel managed to get a hand to it and put it behind for a corner. Leicester piled forward looking for an equaliser and Kelechi Iheanacho and Ademola Lookman both went close, but Ederson was alert and quick off his line to save.

With his pace and assured first touch, Vardy threatened throughout and City were delighted that they managed to withstand the wave of counter-attacks that often put them on the back foot in the last half hour.

“We did really well, the process we found and we let them run a lot. We know how dangerous Jamie Vardy and also Harvey Barnes are in transition. The players were able to be focused and to concentrate,” City boss Pep Guardiola told the BBC.

“Kasper Schmeichel is a really top keeper so it sometimes happens. The good thing is the amount of chances we create. This is a good thing. Of course, we would have loved to score more goals,” he added.

Manchester City moved up second spot on nine points after four games, ahead of Brighton & Hove Albion and Tottenham Hotspur on goal difference and one point behind Manchester United. Leicester are ninth on six points.

“I thought we deserved something from the game. You have to stay in the game against a team of that quality but I thought we were excellent and created a lot of chances,” Leicester manager Brendan Rogers said.

Loading...
Denial of responsibility! NewsUpdate is an automatic aggregator around the global media. All the content are available free on Internet. We have just arranged it in one platform for educational purpose only. In each content, the hyperlink to the primary source is specified. All trademarks belong to their rightful owners, all materials to their authors. If you are the owner of the content and do not want us to publish your materials on our website, please contact us by email – [email protected]. The content will be deleted within 24 hours.
Loading...
Bernardo Silvabest sports newsCityeplgiveLeicesterManman city