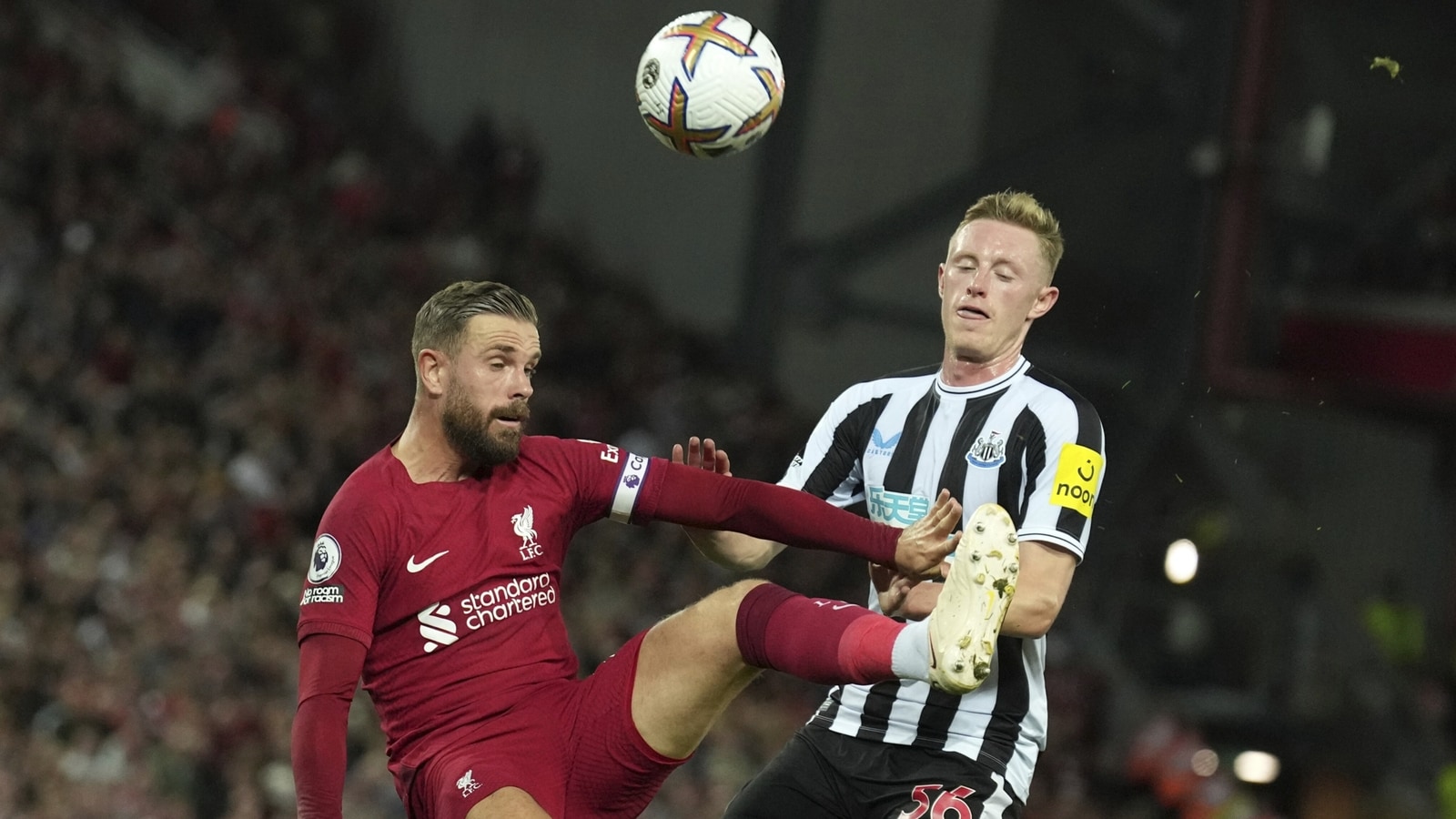 Liverpool captain Jordan Henderson has been ruled out of the Merseyside derby away to Everton on Saturday due to a hamstring injury but forward Diogo Jota could return, manager Juergen Klopp said.

Henderson was forced off with the injury during the second half of their 2-1 win over Newcastle United on Wednesday, while Jota has had a lengthy spell on the sidelines with a thigh injury.

“Nothing yet. We are still waiting for the result,” Klopp told reporters on Friday when asked about Henderson’s fitness.

“He is definitely out, he is injured, but the extent I don’t know. Diogo probably will be in as well, he trained yesterday with the team first time. He will train today.

“I have to make a decision, does it make sense that we involve him already or not? But if, it is the first time we have five attackers – sounds like Christmas!”

Liverpool, who are sixth in the league after five games, will be bolstered by the presence of new striker Darwin Nunez, who will return after serving a three-match ban for a red card.

“He’s learned his lesson and is in really good shape. See how we came through last two games, we don’t see it as a bad thing that he was out,” Klopp said.

“He’s really happy that he’s not suspended anymore. I gave him a high-five and always I gave him a slap on his neck as well just so he doesn’t forget. That can stop now.”

Klopp expects Saturday’s game against Frank Lampard’s Everton, to be a “big fight”. Everton are 17th and winless.

“They are tight games most of the time. It’ll be a big fight and we cannot ignore that but you have to play football as well. That’s the challenge,” Klopp said.

“Newcastle was perfect preparation because it was super intense and showed us what we had to expect… The last few years I’m involved in most of these draws but they were all different. They were intense, with a lot of fight.”

Thiago Alcantara is expected to return to training next week after a thigh injury, while Alex Oxlade-Chamberlain (muscle) will be out for “a while” and Ibrahima Konate (knee) could be back around the international break.

Arthur Melo, who signed a loan deal for Liverpool from Juventus on deadline day, may not be eligible to play until next week’s Champions League clash with Napoli, with his international clearance pending.

Everton’s three summer signings — Neal Maupay, Idrissa Gana Gueye and James Garner — will be available for the derby, but Dominic Calvert-Lewin, who sustained a knee injury, is expected to be back next week.

Lampard said Klopp’s Liverpool are a “class act” on the field.

“I have a lot of respect for Juergen Klopp. As managers, you want to be winners and you have to be on a certain edge but you have to be respectful… I understand what the derby means and I will stand up to do my job,” Lampard added.

Denial of responsibility! NewsUpdate is an automatic aggregator around the global media. All the content are available free on Internet. We have just arranged it in one platform for educational purpose only. In each content, the hyperlink to the primary source is specified. All trademarks belong to their rightful owners, all materials to their authors. If you are the owner of the content and do not want us to publish your materials on our website, please contact us by email – [email protected]. The content will be deleted within 24 hours.
best sports newsDerbyDiogoevertonFootballHendersonhenderson injuryhenderson ruled out

A Great Next Step In 3D Printing

Serena Williams’ US Open run inspiring people of all ages