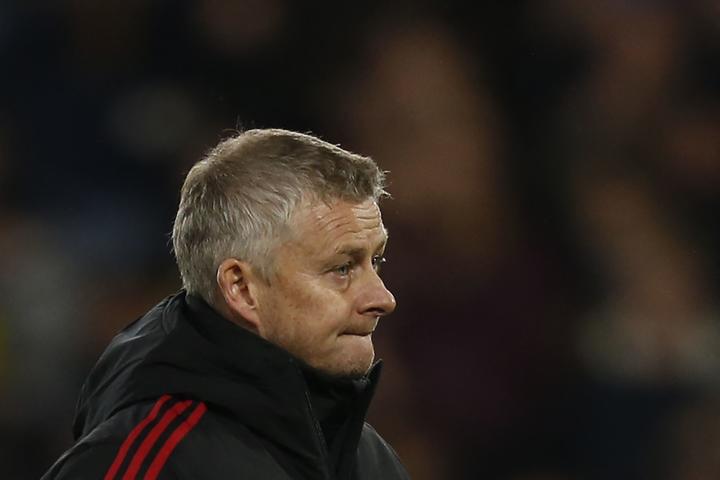 United boss Ole Gunnar Solskjaer is under pressure after his side fell to seventh in the English Premier League, amid a run of one league win in seven games.

Captain Harry Maguire was sent off at Vicarage Road and the Hornets also had a penalty saved.

“It was embarrassing, the way we played today,” De Gea told BBC Sport.

“The first half was very poor – it’s not acceptable for this club and the level of players that we have. It’s another nightmare. There’s been some difficulties but I don’t really know what to say.

“I have been in difficult moments with this club but we are in a difficult situation – we don’t know what to do with the ball, we are conceding a lot of goals. It’s a horrible moment.

“It’s easy to say the manager and staff but the ones who are on the pitch are the players and they’re the ones who have to score goals and fight on the pitch. We need to look at ourselves one by one and give more for the club and the fans. It’s difficult to say why there was a performance like this – I don’t know what to say.

“It’s hard to be in the dressing room now – we are sad, we are angry. Personally I’m hurt – it’s a very difficult moment for the whole club.”

While speculation about an emergency meeting of the club’s hierarchy has been played down at Old Trafford, the club remain tight-lipped around Solskjaer’s future.

Many players and others close to the club now think he will be replaced.

There was genuine hope among the club’s hierarchy that the situation could be turned round. However, both the performance and result at Watford were worse than anyone could have imagined and Solskjaer apologised to supporters afterwards.

Continued uncertainty will not help preparations for Wednesday’s Champions League trip to Villarreal.

Having decided not to replace Solskjaer during the international break and made no move to secure the services of Antonio Conte before he joined Tottenham three weeks ago, it is not immediately clear where United will turn for a new manager if the Norwegian’s departure is confirmed.

Zinedine Zidane is currently out of work but other options, including Leicester’s Brendan Rodgers, Mauricio Pochettino at PSG and Erik ten Hag at Ajax, are under contract, with no guarantee any of them would be prepared to leave their current jobs.

United’s win percentage in the Premier League since Boxing Day 2020 is now below 50% with 18 wins from 37 games.

They have lost eight of those games and drawn 11 and would be out of the top four during that period, with Manchester City, Chelsea, West Ham and Arsenal all earning more points in the corresponding period.

Solskjaer’s side have now conceded 21 goals in the league – the joint-third highest – and have a goal difference of -1, following five defeats in their opening 12 games.

United travel to Villarreal in the Champions League this week before facing Premier League leaders Chelsea at Stamford Bridge next weekend.

Denial of responsibility! NewsUpdate is an automatic aggregator around the global media. All the content are available free on Internet. We have just arranged it in one platform for educational purpose only. In each content, the hyperlink to the primary source is specified. All trademarks belong to their rightful owners, all materials to their authors. If you are the owner of the content and do not want us to publish your materials on our website, please contact us by email – [email protected]. The content will be deleted within 24 hours.
Audiobest sports newsCurrent AffairsExpectedNewsnews update sportsnewsupdatePodcasts