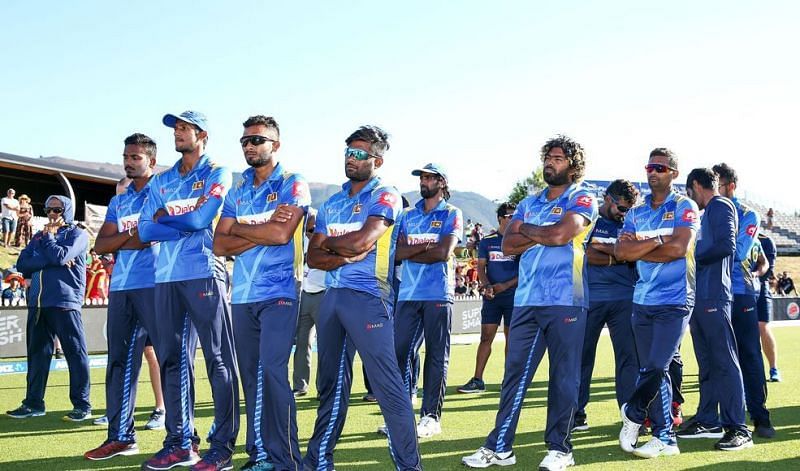 Sri Lankan cricket’s payment row deepened on Saturday as the players outright refused to sign a new contract with their board. However, they will still participate in the forthcoming tour of England.

Nishan Sydney Premathiratne, Attorney-at-Law, the official representative appointed by 24 members of the Sri Lankan cricket team, said in a statement that the players are unhappy with the pay scheme. The new contract reportedly reduces the base salaries of cricketers while introducing performance-based incentives.

“Players refuse to sign annual and tour contracts until the pay dispute is resolved… Even when players are refused pay, they will play for the country because that is their main objective,” said the statement according to AFP.

The new plan, which was unveiled last month, has derived immediate strong reactions from Sri Lankan players. They urged the SLC not to hold them at ‘gunpoint’ by forcing a new contract just before they departed for a series against Bangladesh.

New contracts for Sri Lanka’s cricketers has been a bone of contention. Several players will get pay cuts with Mathews losing USD 50,000. Karunaratne will lose 30k while Lakmal will miss out 45k. Players want formula on which Contract Grades were done explained. Won’t sign until. pic.twitter.com/v3pdswwT2W

The players also accused the SLC of violating confidentiality by publicly disclosing their proposed salaries. The board has maintained a stiff silence about the issue but has claimed that players could earn more under the new performance-based scheme.

The program, designed by former Aravinda de Silva and Tom Moody, reportedly includes fitness, discipline and performance in international and domestic cricket over the last two years. The structure also considers leadership and overall value to the team as some of the factors to be taken into consideration for incentives.

While most senior players including Angelo Mathews and Dimuth Karunaratne have suffered major cuts in payments, all-rounder Dhananjaya de Silva and wicket-keeper Niroshan Dikwella have the highest remuneration of $100,000 each. However, the duo have also rejected the new pay deal.

The full schedule of Sri Lanka’s tour of England

Denial of responsibility! NewsUpdate is an automatic aggregator around the global media. All the content are available free on Internet. We have just arranged it in one platform for educational purpose only. In each content, the hyperlink to the primary source is specified. All trademarks belong to their rightful owners, all materials to their authors. If you are the owner of the content and do not want us to publish your materials on our website, please contact us by email – [email protected]. The content will be deleted within 24 hours.
Loading...
Angelo Mathewsbest sports newscontractCricketcricketersdeepensdisputeEngland Cricket Team