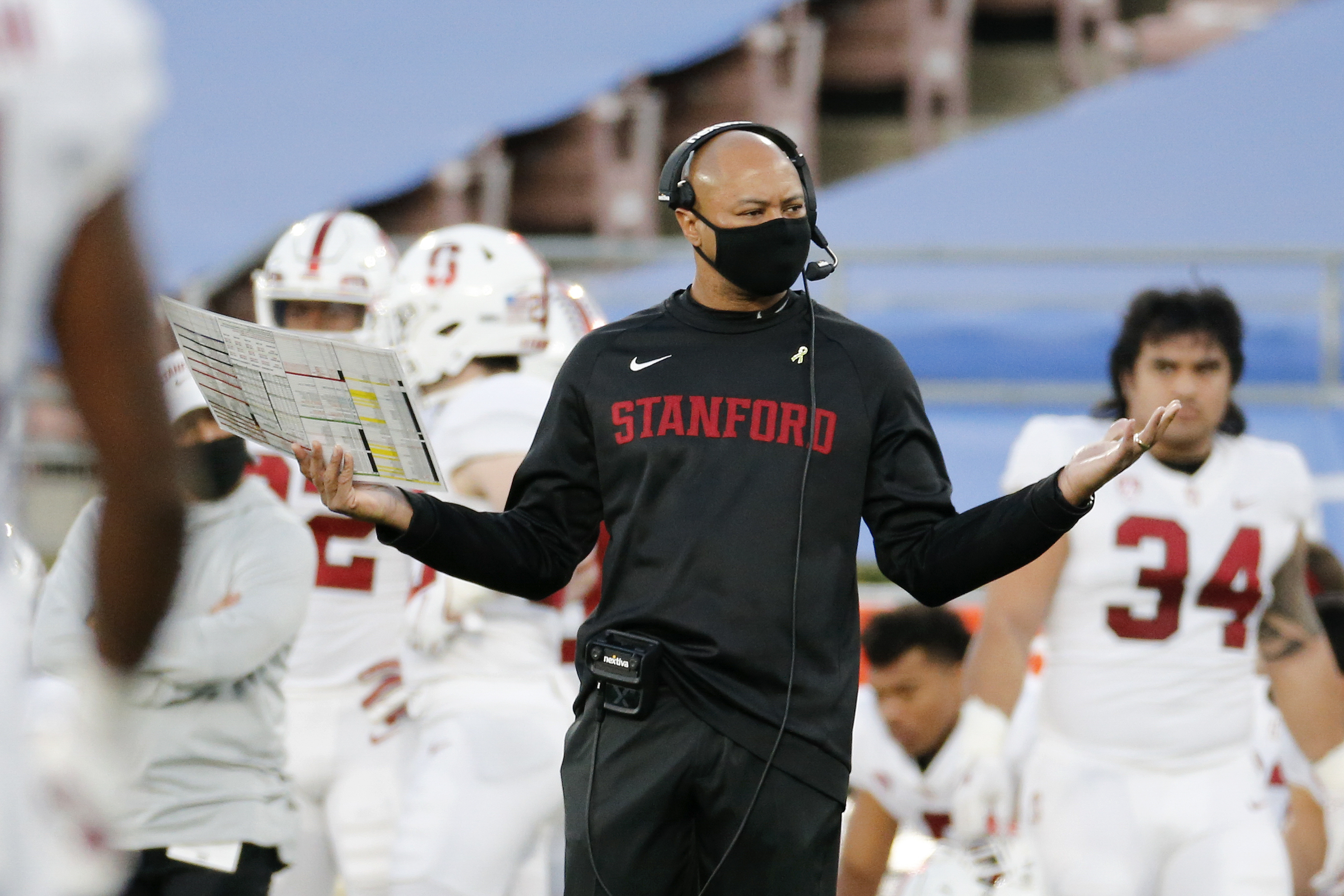 Shaw voiced his displeasure with Fox Sports for scheduling his team’s Sept. 4 season opener against Kansas State for noon ET, which will be 9 a.m. on the body clocks for Stanford players. He also showed some support for fellow Pac-12 school Oregon, which will take on Ohio State on Sept. 11 at noon ET.

“I am pissed at Fox for our kickoff time against Kansas State,” Shaw said, per Stewart Mandel of The Athletic. “… For Stanford in particular and Oregon to be going and playing in a different time zone, and give us an early kickoff, to me, is incredibly disrespectful. And it shows a lack of understanding of what we have to do, and the way that time difference truly affects us. It shows a lack of care for our student athletes.”

He continued, saying, “That, to me, is something that is egregious, and I don’t care who I piss off, but I think they’re wrong. A lot of our people in our conference are upset too.”

Playing these marquee nonconference games, especially in the case of Oregon against the powerhouse Buckeyes, is difficult enough for Power Five schools looking to make an early season statement without having to worry about time-zone differences.

There is also something to be said about the difference in environments between early and late kickoffs, although that could work in Oregon’s favor going to Ohio State. Early kickoffs give fans less time to tailgate, which means it could lead to less raucous atmospheres even for high-profile showdowns.

That seemed to be the implication when Oklahoma athletic director Joe Castiglione issued a statement saying the school is “bitterly disappointed” with an early kickoff for its upcoming game against Nebraska:

There is, of course, something of a tradeoff between schools and conferences receiving the publicity that comes with massive media-rights deals and what said media companies want to do in terms of kickoff times and maximizing ratings.

But Fox’s commitment to dominating the noon ET time slot isn’t sitting right with some people in college football.

Denial of responsibility! NewsUpdate is an automatic aggregator around the global media. All the content are available free on Internet. We have just arranged it in one platform for educational purpose only. In each content, the hyperlink to the primary source is specified. All trademarks belong to their rightful owners, all materials to their authors. If you are the owner of the content and do not want us to publish your materials on our website, please contact us by email – [email protected]. The content will be deleted within 24 hours.
best sports newsCareDaviddontearlyFoxfrustratedkickoff

India in England: Can be surprised by the Dukes ball’s movement even if you are set, says Hanuma Vihari