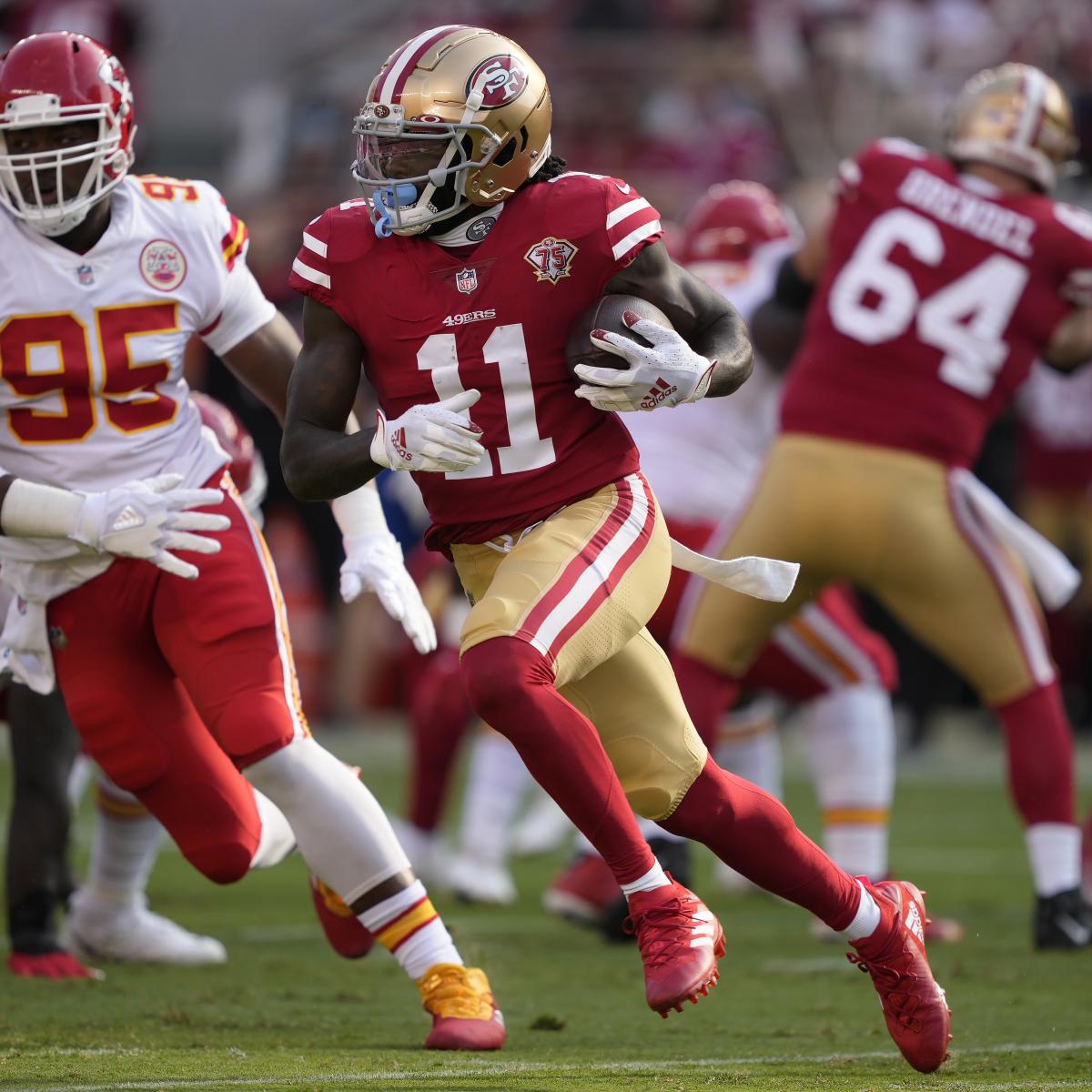 There are few quarterbacks as hot-and-cold in recent memory as Winston, who threw for 5,109 yards in 2019 as a starter in Tampa Bay. He also threw a league-high 30 interceptions and took the Bucs out of as many games as he kept them in.

He now gets the reins in New Orleans after Drew Brees’ retirement. He does have one of the best all-purpose backs in the league at his disposal with Alvin Kamara, but All-Pro wideout Michael Thomas is still out with an ankle injury, and Tre’Quan Smith is also expected to miss Week 1 with a hamstring injury.

The Titans’ defense was pretty terrible last season, so this would seem to make sense as a good streaming option. However, Edmonds is likely to share snaps with offseason addition James Conner, and quarterback Kyler Murray will also cut into the designed run plays.

If Arizona can get out to an early lead and force Tennessee to throw the ball, maybe Edmonds makes sense, but that doesn’t seem likely.

After making the Pro Bowl with Detroit in 2019, Golladay played just five games last season because of injury. He’s hoping for a career reboot in New York after Matthew Stafford was traded to the Rams, but I’m not sure playing with Daniel Jones is going to do that.

Jones only threw 11 touchdowns in 14 games as a starter last season, and a healthy Saquon Barkley is likely to be the focal point of the offense on most downs. Add in the fact that Golladay will be facing a salty Denver secondary, and this just isn’t a good option in Week 1.

Firkser became a legitimate No. 2 tight end option last year behind Jonnu Smith, catching 39 passes on 53 targets. He had just one touchdown, though, while Smith hauled in eight.

He’ll step into the starter role this year, so his production could see a nice bump, but the Titans did add Julio Jones and return a healthy A.J. Brown. Against a solid Arizona defense, it’s hard to expect much production.

Arizona was one of the better defensive units overall in the league last season, but their rushing defense struggled, finishing 25th in yards per carry allowed. And who do they get in Week 1? Rushing champ Derrick Henry, who racked up 2,027 yards and 17 rushing touchdowns last season. There are simply better options.

The rookie has big shoes to fill after Nick Folk finished 26 of 28 on field goals and 30 of 33 on extra points last season. A large part of Nordin’s success will depend on rookie quarterback Mac Jones and his ability to get New England into scoring range. With that uncertainty, other kickers are your best bet for this week.

Denial of responsibility! NewsUpdate is an automatic aggregator around the global media. All the content are available free on Internet. We have just arranged it in one platform for educational purpose only. In each content, the hyperlink to the primary source is specified. All trademarks belong to their rightful owners, all materials to their authors. If you are the owner of the content and do not want us to publish your materials on our website, please contact us by email – [email protected]. The content will be deleted within 24 hours.
Loading...
best sports newsdecisionsfantasyFootballlineupnews update sportsnewsupdateOpening

Realme Narzo 50 Series India Launch Said to Be Next Week,…