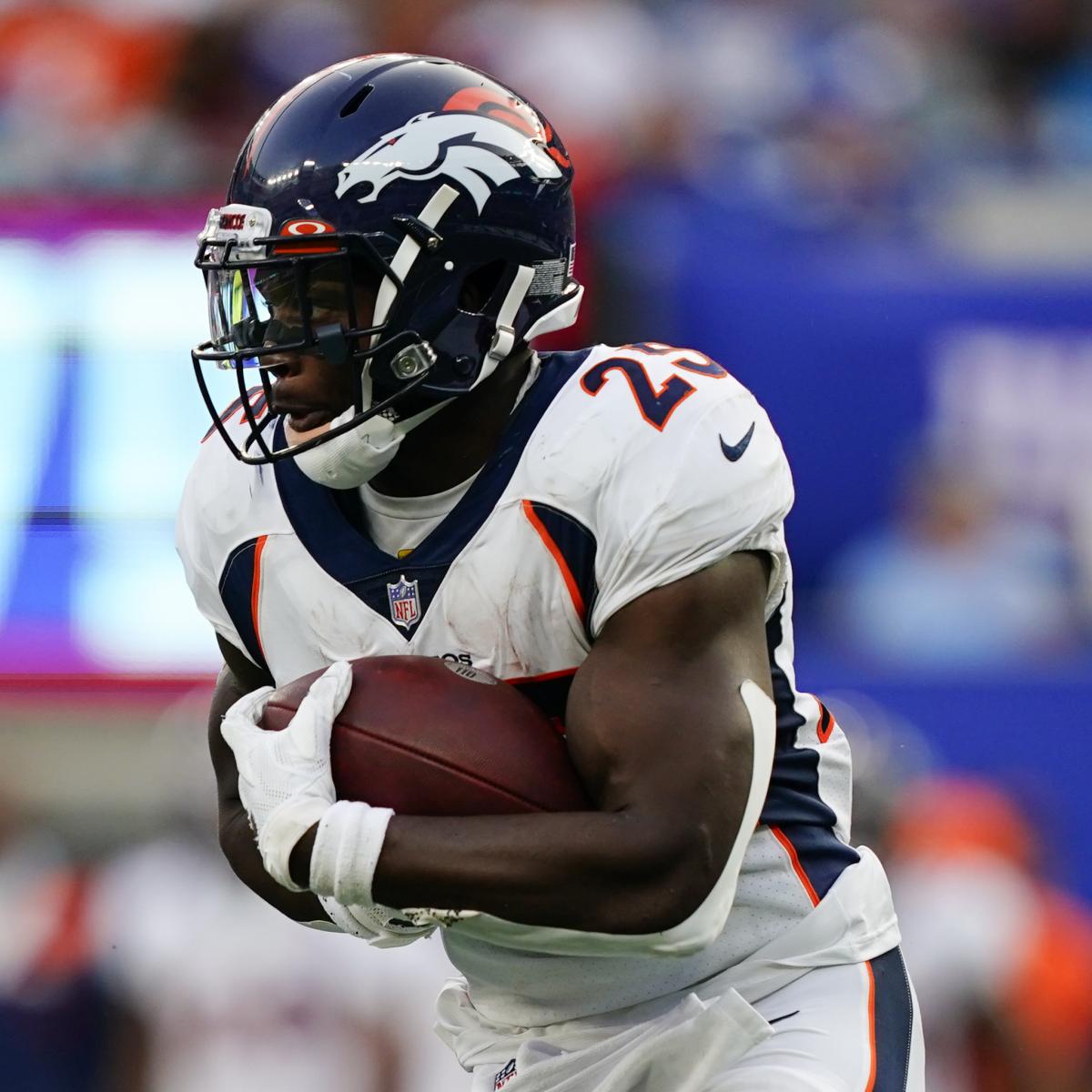 As big as your fantasy football draft feels—and is—it’s just the first of many obstacles standing between you and a league title.

Building the right roster is only the beginning. Managing it properly is what will really determine your level of success.

Nowhere is that more clear than in the start-or-sit debates held weekly at the fringes of your starting lineup. To help with those, we have three recommendations at the running back spot for Week 2.

If you were skeptical about David Montgomery’s late-season flip of the switch in 2020, you had good reason to feel that way.

Through his first nine games, the 24-year-old offered moderate volume and little else. His 161 touches (131 rushes, 30 receptions) yielded only 684 yards and two scores. However, he was suddenly shot of a cannon for his final six contests, tallying 598 yards on 116 carries, 226 yards on 24 receptions and eight total touchdowns.

Montgomery had the chance to get awfully interesting in fantasy if he could match that second-half production, and in Week 1, he did just that. He needed just 16 carries to gain 108 yards, added another 10 yards on his only reception (and lone target) and scored one of Chicago’s two touchdowns against the Los Angeles Rams’ stingy defense.

Last season, L.A.’s defense surrendered the fifth-fewest fantasy points to the running back position. Montgomery’s next opponent, Cincinnati, allowed the 11th most and just let Dalvin Cook go for 104 scrimmage yards and a score.

Montgomery should have a chance to validate his late-season surge and prove he’s a different caliber player than the one you might remember.

In theory, Mike Davis has a chance to make this a breakout season under new Falcons coach Arthur Smith. After all, he helped turn Derrick Henry into a fantasy monster the past two seasons with the Tennessee Titans.

There’s just one issue for Davis: He ain’t Derrick Henry.

While Smith did, in fact, entrust Davis with a healthy amount of opportunities (15 carries, six targets), the back couldn’t do much of anything with them. He managed a meager 49 yards on 15 rushes, caught three of those six passes for 23 yards and never found the end zone.

Admittedly, that came against a tough defense in the Philadelphia Eagles, but the Buccaneers are even stingier. Last season, they allowed the seventh-fewest fantasy points to running backs. In Week 1, they held Ezekiel Elliott to 39 yards on 11 carries and two catches.

Add in the fact that the Falcons could easily be playing behind for much of this contest, and there’s just nothing to like about Davis’ Week 2 prospects.

Somewhere, someone more technologically savvy than I has probably put together Melvin Gordon III’s Week 1 highlight reel to the tune of the 1980s classic “Don’t You (Forget About Me).”

While Denver’s rookie second-rounder, Javonte Williams, had all of the helium leading up to the season opener, it was Gordon who delivered the much more productive day. The veteran had 101 yards on 11 carries, three catches for 17 yards and a touchdown. Williams, meanwhile, managed just 45 yards on his 14 carries and lost four yards on his only reception.

Williams might seize control of this backfield at some point, but Gordon shouldn’t get lost in the shuffle any time soon.

Truth be told, both could have chances to feast in Week 2. That’s when the Broncos lock horns with the Jaguars, who opened this season right where they finished the last one—allowing the third-most fantasy points to opposing running backs.

The Houston Texans just trounced the Jaguars with 41 carries for 160 yards and two scores, and the Broncos could find the same success with a similar game plan.

Denial of responsibility! NewsUpdate is an automatic aggregator around the global media. All the content are available free on Internet. We have just arranged it in one platform for educational purpose only. In each content, the hyperlink to the primary source is specified. All trademarks belong to their rightful owners, all materials to their authors. If you are the owner of the content and do not want us to publish your materials on our website, please contact us by email – [email protected]. The content will be deleted within 24 hours.
Loading...
best sports newsCallfantasyFootballfringeMakingnews update sportsnewsupdate