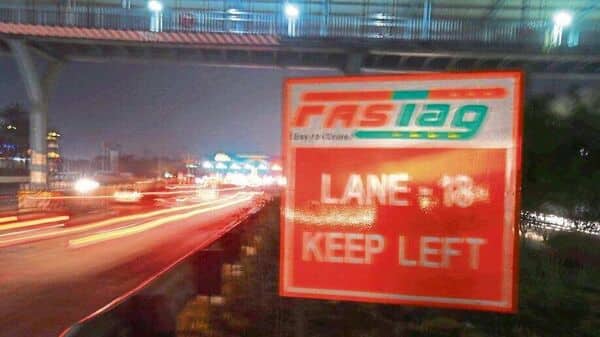 FASTags are set to see an expanded role beyond the government’s original aim of electronic toll collections.

Various startups are looking to take advantage of the nationwide FASTag infrastructure to facilitate payments in commercial centres such as cinemas and fuel outlets.

For instance, Goa-based startup Numadic has been running pilots with Hindustan Petroleum Corp. Ltd and Indian Oil Corp. Ltd to use FASTags for fuel payments. The pilot began last October and has received a lot of traction from consumers, claimed Numadic.

“We are planning to expand to more petrol stations, fuel companies and banks. Real implementation will happen now as we move from proving the concept to scaling it across the country,” said Luke Sequeira, founder and chief executive officer (CEO) of Numadic.

Developed by the National Payments Corporation of India (NPCI), FASTags use a Radio Frequency Identification (RFID) chip mounted on car windshields, which stores vehicle and payment information. When a car approaches a toll plaza or a fuel outlet with a RFID reader, the chip is activated and the transaction is completed automatically.

For toll collection, the key benefit is that it keeps traffic moving and avoids congestion. However, the same benefits can be extended to other areas as well.

“It has cut down queues significantly for parking as you don’t have to stop, collect a manual receipt, and then make payment,” said Amit Lakhotia, founder and CEO of Park+, a Gururgam-based startup, which is using FASTags for payment at parking lots at over 15 malls in Delhi, Mumbai, Bengaluru, Coimbatore, Dehradun and Vadodara.

Lakhotia said the company is aiming to expand FASTag payments to 40 more malls and 1,500 government parking lots this year. Like Numadic, Park+ is also working on a pilot for fuel payments using these tags in the Delhi-NCR region. Lakhotia, however, did not give a timeframe for its commercial launch.

Experts said systems such as FASTags shouldn’t be used just to collect tolls as seen in several other countries. For instance, in 2016, the Emirates National Oil Company (Enoc) decided to offer such payment services to all motorists who come to its petrol stations. The system had already been used for over a year at the time, but was available only to corporate customers. In 2016, Enoc decided to use Dubai’s Salik tag, which is similar to FASTag, to allow anyone to buy fuel.

Ashutosh Sharma, vice president, and research director at Forrester Research, said having a single standardized way of making payments across a variety of services “is a great win for the customers.” “They can certainly extend this architecture to include other services such as fuel stations, parking, and pretty much any use case that involves a vehicle,” he said.

Numadic’s Sequeira said the company will explore payments at drive-in cinemas and traffic fines as well. “If you look at all these payments in combination, we are looking at a market opportunity of $100 billion of FASTag payments. If you add insurance payments, the opportunity is even bigger,” he said.

That said, FASTags are far from a perfect solution currently. Consumers and businesses have both complained that the system doesn’t work as seamlessly as it should. The issues range from errors in reading the tags off moving vehicles, to consumers not having sufficient balance in their FASTag accounts.

Denial of responsibility! NewsUpdate is an automatic aggregator around the global media. All the content are available free on Internet. We have just arranged it in one platform for educational purpose only. In each content, the hyperlink to the primary source is specified. All trademarks belong to their rightful owners, all materials to their authors. If you are the owner of the content and do not want us to publish your materials on our website, please contact us by email – [email protected]. The content will be deleted within 24 hours.
best technology newscollectionselectronicelectronic toll collectionsexpandFASTagsfuel paymentsnews update tech

Save $600 On This High-End Lenovo Gaming Laptop

‘If time is right and…’: Hardik Pandya…