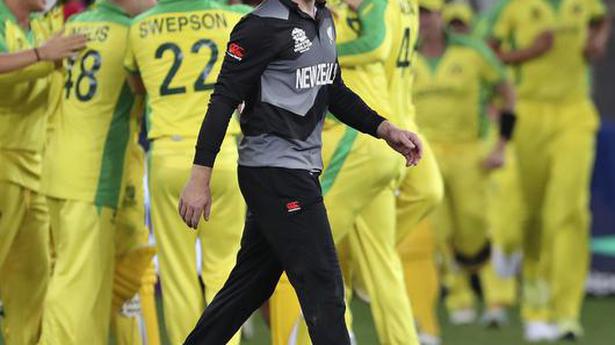 Calling the Tests against India a key priority, New Zealand head coach Gary Stead has said that the all format players will be given rest during the preceding T20 series against the hosts.

Stead also confirmed that pacer Lockie Ferguson, who had a suffered a calf injury at the start of the T20 World Cup in the U.A.E., has regained full fitness and is available for the series opener here on November 17.

All format players like skipper Kane Williamson and pacer Kyle Jamieson have been rested for the T20s, while the other players who are in both squads are Glenn Phillips, Daryl Mitchell, Mitchell Santer and Tim Southee, who will be the stand in captain.

“You’ll definitely see that the whole squad (T20) will get match time over here. Again, it’s about us managing the workload of the players. And especially with the Test matches coming up, which will be a real key priority for us as we work through this next week,” Stead told NZC’s media team.

New Zealand arrived here less than 24 hours after losing the World Cup final to Australia, raising questions about the scheduling of the series in India. The Test squad including the likes of Ross Taylor and Tom Latham had arrived here last week.

“We’ve decided through talking with Kane and Kyle that they won’t play in the T20 series so they’re both going to get ready for the Test matches.

“And I think you’ll probably find there’ll be other guys involved in the Test matches who won’t play the entire series either. So it’s a bit of a balancing act at the moment and with three T20 games and five days, plus travel to three different cities. It’s a it’s a very, very busy time.” The two-Test series is part of the new World Test Championship cycle.

Ferguson regaining fitness for the T20s is a big boost for the team, said Stead.

“So he’s recovered really well from his calf injury that he picked up at the very start of the World Cup. So exciting for him and and exciting for our team to have him back in our attack.” A 40-member New Zealand contingent, comprising players and coaches, is in India at the moment and Stead said managing such a large group can be challenging.

“There’s about 26 players and 16 or 17 support staff. Some guys will leave after a week so there’ll be a number that will hit back home of staff and players from the T20 group that we’ve had.

“But it’s probably the biggest support team and player group that we’ve had together in one place and certainly in my time and it makes it a little bit more challenging to get around everyone and also support them in their needs.” India, who were knocked out of the World Cup by New Zealand, will play their first series under new T20 captain Rohit Sharma and head coach Rahul Dravid.

Key players such as Virat Kohli and Jasprit Bumrah are not playing the T20s as part of workload management but Stead feels India remain a strong side.

“They still are very, very fine side. The have got a new coach now in Rahul Dravid and I know that usually when a new coach comes on board that people want to impress them and make a claim for spots in the team.

“I expect India will be very strong and will fire lots of shots at us. So we just have to keep being positive and be really clear on the way we want to play back against these guys,” he added.

Denial of responsibility! NewsUpdate is an automatic aggregator around the global media. All the content are available free on Internet. We have just arranged it in one platform for educational purpose only. In each content, the hyperlink to the primary source is specified. All trademarks belong to their rightful owners, all materials to their authors. If you are the owner of the content and do not want us to publish your materials on our website, please contact us by email – [email protected]. The content will be deleted within 24 hours.
best sports newscricket newscricket news livecricket resultsdaryl mitchellFergusonFITfully

“I’ll Be Ready If I Have To”: Pat Cummins On Potential Captaincy Role During Ashes | Cricket News

What time is the NFL game tonight? TV schedule, channel for…

The Withings ScanWatch Is a Classy Everyday Fitness Tracker