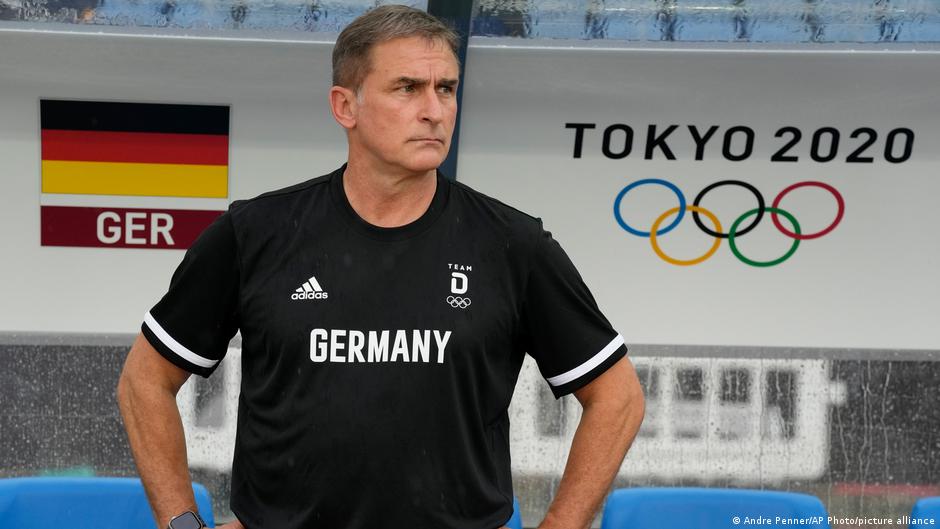 Stefan Kuntz in talks to take charge of Turkey

A subsequent 6-1 defeat to the Netherlands in a World Cup qualifier earlier this month was the final straw for the federation and Günes was sacked with Turkey’s hopes of booking a place in Qatar next year in danger.

The man they have targeted to take over is Stefan Kuntz, a well-respected coach in his homeland Germany, who has been in charge of the nation’s Under-21 squad since 2016.

He guided them to a surprise victory in the U21 European Championship in June, defeating Portugal 1-0. He also won the title in 2017 and was runner-up in 2019. Most recently, the 58-year-old coached Germany’s U23 side, which failed to qualify for the knockout round at the Tokyo Olympics.

Kuntz has confirmed to German media that talks are taking place with the Turkish football federation.

As a player, Kuntz won Euro 96 with Germany and played for Turkish giants Besiktas for a season under German coach Christoph Daum.

Kuntz had been talked about in the media as a potential successor to Joachim Löw as the coach of Germany’s senior team before the German football federation (DFB) plumped for Hansi Flick.

The fact he was in with a shout shows how impressive he has been with the Under-21s and the Turks will see his arrival as a statement of intent if he signs.

Kuntz, who played much of his career as a striker at Kaiserslautern, had already spoken about possibly needing a new challenge following the Olympics despite having a deal until 2023.

His departure would be no great surprise to the DFB, but Kuntz is definitely in for the challenge he seeks if he takes the job.

Turkey’s squad is brimming with promising talent which had impressed leading into this year’s Euros. However, under Günes they lost all three group games against Italy, Switzerland, and Wales with a goal difference of -7.

Aside from their 2002 semifinal appearance at the World Cup and making the same stage at Euro 2008, Turkey have flattered to deceive on the international stage.

Denial of responsibility! NewsUpdate is an automatic aggregator around the global media. All the content are available free on Internet. We have just arranged it in one platform for educational purpose only. In each content, the hyperlink to the primary source is specified. All trademarks belong to their rightful owners, all materials to their authors. If you are the owner of the content and do not want us to publish your materials on our website, please contact us by email – [email protected]. The content will be deleted within 24 hours.
Loading...
best sports newschargeKuntznews update sportsnewsupdatesports newssports updateStefan

8 ways to make Microsoft’s Surface laptops better than ever