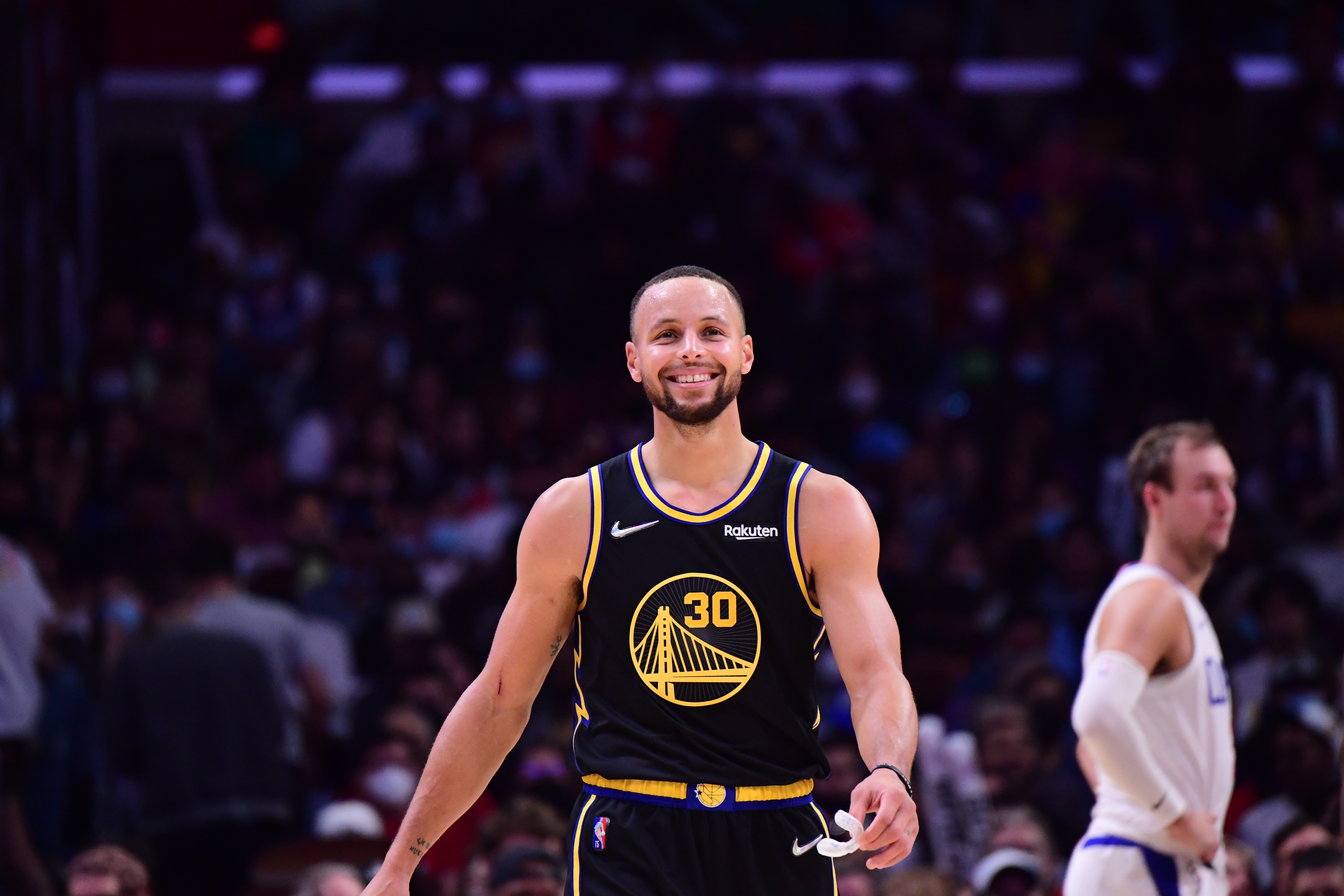 The rise and fall of the Golden State Warriors appeared to be swift.

One moment, they were the three-time champions who reached the NBA Finals in five straight years. The next, Kevin Durant left in free agency, Klay Thompson suffered a pair of injuries that would cost him two full seasons and the Dubs went those two years without so much as reaching the postseason.

That included a 15-50 mark in the 2019-20 season, and Steph Curry told Chris Haynes of Yahoo Sports that the restart in the Orlando bubble after the COVID-19 pandemic postponed the campaign was the worst moment for him:

“Watching the bubble was the lowest point of those two years. There was a part of me that felt it was nice to get refreshed, and a part of me really missed playing on that stage. That was the first time in seven years of not being in the playoffs. We know each player had their own experiences in the bubble, but I would have loved to have been there competing. I would say that was the lowest point in terms of my basketball experience because I felt so far away from it. This is what I love to do.”

Things have been looking up for the Warriors this season. The team is an NBA-best 18-2, Curry is yet again playing like an MVP candidate (28.6 PPG, 6.8 APG, 42.3 percent from three), Thompson is getting close to make his long-anticipated return, and 2020 No. 2 overall draft pick James Wiseman should make his season debut at some point in January.

STEPHEN CURRY IS A MAD MAN <a href=”https://t.co/w1t3zqKnBV”>pic.twitter.com/w1t3zqKnBV</a>

Not that Curry blames people who are surprised by the team’s torrid start after their past two seasons, or those who didn’t think the team could make another title run.

“Well, why would they think we could?” he told Haynes. “We had some of the worst situations happen with [Kevin Durant] getting hurt and leaving, Klay being out and then his Achilles, and our brand of basketball looked different with who was out there on the court.”

“You have to understand how quickly things can change around the league. And there was a little doubt that crept in with us wondering would the business take over before we get to have a chance to get back with the injuries and decisions that need to be made all the while you’re working your ass off to get back physically and mentally into this very spot. We always felt that if we could just get some pieces, we can be right back where we wanted to be.”

Indeed, the Warriors went from Kevin Durant to D’Angelo Russell in the summer of 2019. They eventually traded Russell to the Minnesota Timberwolves for Andrew Wiggins and a 2021 top-three-protected first-round pick that they used on Jonathan Kuminga.

Wiggins has played well this season, averaging 19 points per game, while Kuminga remains a work in progress as a rookie. Jordan Poole (18.1 PPG, 3.4 APG) has been a revelation, while Draymond Green remains the keystone to the team’s defense and its best playmaker on offense (7.8 APG).

If Thompson can return to the level that made him one of the best sharpshooters of his generation and Wiseman takes a step in his sophomore campaign, these Warriors are only going to get more dangerous. Clearly, they already have a good thing going.

“You remember how much fun it is,” Curry said of trying to get back to the postseason. “I know the bubble was different, but you’re watching teams that you know everything about. That was hard because we know what it’s like to prepare for the playoffs and into a championship chase and how much fun that is. That’s the motivation I needed. That’s why I’m enjoying the ride we’re on now, and we’re not done.”

Denial of responsibility! NewsUpdate is an automatic aggregator around the global media. All the content are available free on Internet. We have just arranged it in one platform for educational purpose only. In each content, the hyperlink to the primary source is specified. All trademarks belong to their rightful owners, all materials to their authors. If you are the owner of the content and do not want us to publish your materials on our website, please contact us by email – [email protected]. The content will be deleted within 24 hours.
Basketballbest sports newsbubbleCurryexperiencelowestNBAnews update sports

The Escapist Fantasy of NFT Games Is Capitalism

Harendra aims to develop US men’s team by 2028 Games

Australian Open: ‘Reaching the second round of grand…