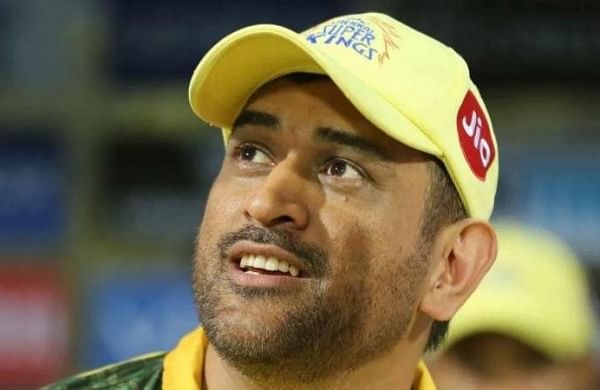 Still uncertain whether I will be playing next year, depends on retention policy, says Dhoni

DUBAI: The enigmatic Mahendra Singh Dhoni has no doubt that he would be seen in yellow even in 2022 but at this point, he does not know whether that yellow would be representative of his franchise Chennai Super Kings in the IPL.

Speaking after the toss for CSK’s IPL game against Punjab Kings, the 40-year-old was asked whether he would be staying with the franchise which is synonymous with him since the IPL’s inception.

“Well, you can see me in yellow next year. But whether I will be playing for CSK? There are a lot of uncertainties around it for a simple reason that we have two new teams coming up,” he said referring to the IPL’s expansion into a 10-team competition from next season.

“We don’t know the retention policy. We don’t know how many foreigners, Indian players we can retain, the money cap that every player will be cutting from the kitty. So there are a lot of uncertainties. Unless the rules are in place, you can’t really decide that. So we will wait for it to happen and hopefully it will be good for everyone,” he added.

The comment on the day is bound to create a flutter as earlier this week, while interacting with fans during the 75th year celebrations of ‘India Cements’, Dhoni dropped elaborate hints that he will be seen playing the next season with the CSK.

“When it comes to farewell, you can still come and see me play for CSK and that can be my farewell game. So, you will still get that opportunity to bid me farewell. Hopefully, we will come to see Chennai and play my last game over there and we can meet fans there,” Dhoni had said.

CSK lost Thursday’s match by six wickets and Dhoni stressed on ability to deal with pressure in the knockout stages.

“You have to cope up with that. We had played very good cricket to reach the playoff stages. We had a few bad games 2 out of 3 and one we felt like we could have a comeback and that’s part and parcel in leagues like these, you have to be at your best.

“Motivation is not a factor maybe we need to tune up slightly as to what needs to be done and also a few tosses if they had gone our way,” he said.

If team sources are to be believed then CSK are keen to retain three players — Dhoni, all-rounder Ravindra Jadeja and prolific opener Ruturaj Gaikwad.

The iconic former India captain has not played in Chennai since 2019 as the 2020 IPL was held in the UAE.

During the first leg of this year’s edition, CSK played its matches in Mumbai before the league was suspended due to a breach in the bio-bubble.

Denial of responsibility! NewsUpdate is an automatic aggregator around the global media. All the content are available free on Internet. We have just arranged it in one platform for educational purpose only. In each content, the hyperlink to the primary source is specified. All trademarks belong to their rightful owners, all materials to their authors. If you are the owner of the content and do not want us to publish your materials on our website, please contact us by email – [email protected]. The content will be deleted within 24 hours.
best sports newsChennai Super KingsdependsDhonims dhoninews update sportsnewsupdateplaying

“Not Really My Cup Of Tea”: MS Dhoni Replies To A Fan Enquiring About Chennai Super Kings Skipper’s Bollywood Aspirations