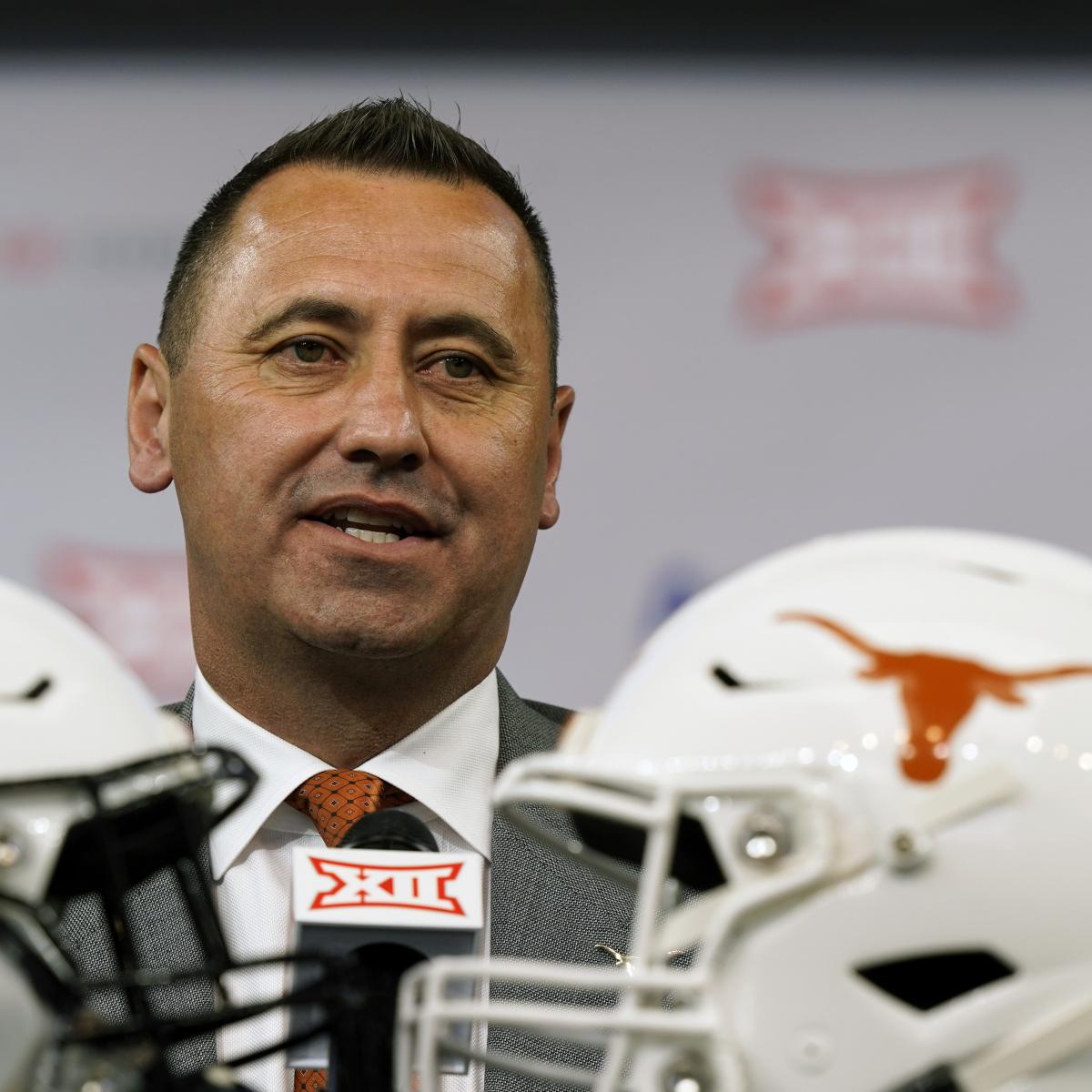 The 2021 college football season features 18 coaches in their first year at a new school. Some are familiar names, others previously held major jobs and still more are first-time head coaches at the Football Bowl Subdivision level.

Two weeks into the campaign, we’re checking in on them.

Let’s be clear: We’re nowhere close to hitting a panic button—not even after Southern Miss head coach Will Hall said he was feeling like a fraud—if the early returns haven’t been strong.

At this point of the season, though, it’s a good opportunity to highlight early results and assess expectations for the rest of 2021.

Note: Neither the ACC nor any independent program hired a new coach during the past offseason.

For a moment, the former Auburn coach’s home debut looked miserable. Boise State roared out to a 21-0 lead, but UCF fought back for a 36-31 victory. Plus, the program is headed for the Big 12 in the summer of 2024. Malzahn has a great opportunity to lead a fantastic transition for the school.

Navy is a mediocre team in 2021, and North Carolina Central is a mid-level FCS program. Two games, two proper blowout wins for Charles Huff. East Carolina will be fine competition this week, but the midweek trip to Appalachian State on Sept. 23 will be his first major challenge.

After falling to South Alabama 31-7 in his debut, Will Hall said he felt like the “biggest fraud” to coach Southern Miss in the last 50 years. The Golden Eagles responded with a 37-0 win over Grambling. If losses pile up, that’s a problem. But the passion Hall has for this opportunity is evident and should serve USM well in recruiting.

On the other side of UCF’s comeback win, Andy Avalos—a defensive coach by nature—watched his Broncos squander a 21-point lead. It was a frustrating road loss, but they throttled UTEP 54-13 at home the following week. The spotlight is imminent, though; Boise State hosts Oklahoma State in Week 3.

Maurice Linguist picked up a victory in his debut as Buffalo thrashed lower-division Wagner. Then in Week 2, Nebraska defeated the Bulls 28-3. Since the team is overhauling its offense, this is what we expected to begin 2021.

Losing to ACC foe Syracuse isn’t an issue. Dropping a home game as a 28.5-point favorite to lower-division Duquesne, however, is a big problem. And with nonconference tilts against Louisiana and Northwestern up next, Tim Albin is staring down a likely 0-4 start in his first season.

Not only did Utah State beat Pac-12 team Washington State in the opener, but the Aggies also assembled a 12-point fourth-quarter comeback in the 26-23 victory. Blake Anderson, who enjoyed a successful run at Arkansas State, has an excellent chance to make Utah State a regular Mountain West contender.

Arkansas State toppled Central Arkansas 40-21 in Week 1 and lost to Memphis 55-50 in Week 2. No surprises, really. The mix of great offense and poor defense will be a challenge for Butch Jones, who faces a year-one schedule that includes Washington, Coastal Carolina, Louisiana and Appalachian State. Nevertheless, bowl eligibility remains a fair expectation for the Red Wolves.

This is a traditionally bad Sun Belt program; the Warhawks have had one winning season in this millennium. We’re not criticizing them for a loss to Kentucky, a solid SEC team. After an idle weekend, ULM hosts the Deion Sanders-led Jackson State in Week 3. Win that game, and Terry Bowden is off to a proper start.

Kane Wommack is doing well. South Alabama smacked Southern Miss in the opener and pulled out a comeback win at Bowling Green. The Jaguars scored 10 points in the last two minutes of the fourth quarter for a 22-19 triumph. We’re looking forward to seeing how they navigate the gauntlet of ending the regular season at Appalachian State, at Tennessee and at home against Coastal Carolina.

The short version? Big yikes. Ineffective offense and subpar tackling defined Arizona’s losses to BYU and San Diego State. Jedd Fisch has a matchup with Northern Arizona to address those issues before the Wildcats travel to Oregon and host UCLA.

Illinois beat Nebraska! And then lost to UTSA at home. And then got smoked on the road at Virginia. This was never a potential one-year turnaround, so Bret Bielema gets a little more grace. Still, the Illini need to be more competitive in 2021.

Thanks to a late fourth-quarter touchdown, Kansas beat South Dakota 17-14 and snapped a 13-game losing streak. Lance Leipold: Program legend. Sure, the Jayhawks followed that with a 49-22 loss at Coastal Carolina. But they haven’t won two Big 12 games in a season since 2008. If he can manage that in 2021, put up a statue.

Steve Sarkisian opened his tenure with a 38-18 win over No. 23 Louisiana. But then, the Longhorns had a terrible showing in a 40-21 loss at Arkansas. Sarkisian was hired for his offensive acumen, so that unit’s performance will define his debut season.

The Tigers have thumped Akron 60-10 and Alabama State 62-0. It’s exactly what a reputable SEC program should do. But in Week 3, Auburn travels to No. 10 Penn State for a Whiteout game in a prime-time kickoff. Welcome to the spotlight, Bryan Harsin.

Shane Beamer adjusted to injuries at quarterback, shifting Zeb Noland from a graduate assistant role to the starting job during his sixth year of eligibility. The move has worked out, and South Carolina is 2-0 after crushing Eastern Illinois and edging East Carolina. Back-to-back games at Georgia and home against Kentucky will provide a better look at Beamer’s first year.

The defining question in Josh Heupel’s debut season is how he’ll handle the quarterbacks. Hopefully, it’s not a 12-game shuffle between Joe Milton and Hendon Hooker. But after Milton started when the Vols rolled Bowling Green and Hooker had a stronger day in the loss to Pitt, a QB carousel may be coming. Heupel should win some support if Tennessee can snag bowl eligibility in 2021.

To begin the season, Vanderbilt lost to lower-division East Tennessee State. Any optimism for Clark Lea’s first year disappeared. And then, the Commodores somehow overcame a 14-0 deficit on the road against Colorado State for a 24-21 win. Neat! Provided they beat Connecticut in early October, 2021 likely won’t be a total disaster.

Denial of responsibility! NewsUpdate is an automatic aggregator around the global media. All the content are available free on Internet. We have just arranged it in one platform for educational purpose only. In each content, the hyperlink to the primary source is specified. All trademarks belong to their rightful owners, all materials to their authors. If you are the owner of the content and do not want us to publish your materials on our website, please contact us by email – [email protected]. The content will be deleted within 24 hours.
Loading...
best sports newscoachesCollegeFootballnews update sportsnewsupdatesports newssports update