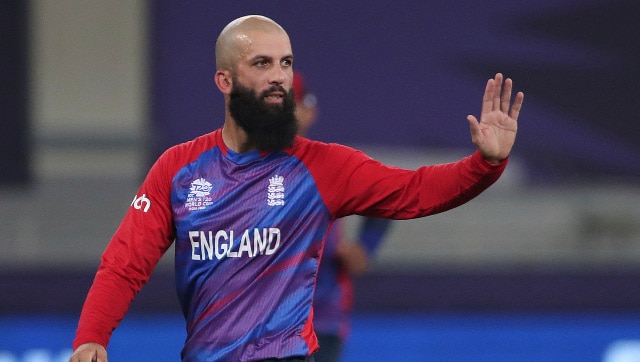 It’s been an interesting 2021 for Moeen Ali. In February, as per a pre-agreed arrangement, the England all-rounder returned home after the second Test in Chennai, only for skipper Joe Root to proclaim that he had ‘chosen’ to go back. Root apologised to Moeen for the use of that word which conveyed the impression that the latter had ditched the team midway through the series when that was far from the case.

Throughout the winter tours of Sri Lanka and India, England rotated their players in a bid to alleviate the impact of tight bio-bubbles to the extent possible. Moeen’s departure was in keeping with that policy; the brouhaha surrounding his unavailability for the last two Tests in India was perhaps entirely in keeping with the way English cricket has for long perceived the off-spinner and left-hand batsman.

A veteran of 64 Tests, 112 ODIs and 40 T20Is, the 34-year-old hasn’t always had a well-defined role, especially in the longest format where he has 2,914 runs with five hundreds and 195 wickets inclusive of five five-wicket innings hauls. It was as if no one within the management was sure if he was a top-order batsman who could chip in as an additional bowling option, or an off-spinner capable of weighing in handily with the bat in the lower middle-order. Unsurprisingly, Moeen was used in both capacities; understandably, he struggled to carve an identity for himself.

Moeen Ali has played a key role in England’s victories over West Indies and Bangladesh so far in the T20 World Cup. AP

This September, Moeen bid adieu to the longer version. “I’ve enjoyed Test cricket but that intensity can be too much sometimes and I feel like I’ve done enough of it,” he said at the time. Perhaps, that decision stemmed from the satisfaction that he had finally found a set-up which valued his skills and expertise and offered him a role that would help him — and them — maximise his potential.

The set-up that’s given Moeen a fresh lease of life answers to the name of Chennai Super Kings. Mahendra Singh Dhoni opened up a top-order position for the left-hander, encouraging him to give vent to his attacking instincts. Dhoni also entrusted him with important overs, empowering one of his near-permanent overseas recruits to not just be his own captain but also a leader on and off the field. Clearly, it was a thrust that appealed to Moeen, that brought the best out of him.

Across the two phases of IPL 2021, Moeen featured in 15 of CSK’s 16 matches. He responded to the show of faith in style, with 357 pleasing runs (strike-rate 137.30) and six wickets at an astounding economy of 6.35, the least among all CSK bowlers who played more than one match. The transformation was tangible, Moeen’s exponentially increasing confidence levels and sense of belonging all too obvious for anyone who cared to notice.

Among those who did notice was England’s white-ball captain, Eoin Morgan. Despite his personal struggles at Kolkata Knight Riders, Morgan kept a keen eye on how his boys were going. After all, the T20 World Cup was not far away, so form, fitness and being at peace with oneself would be significant deciders in the final analysis.

Clearly, he liked the version of Moeen that presented itself at the IPL. He witnessed first-hand the impact Dhoni’s style of leadership had on his all-rounder. Unafraid to ape the Dhoni template, Morgan and England reinforced their belief in what Moeen brings to the table. Already, they are reaping rich benefits.

Two matches into their World T20 campaign, the No 1 team in the format have thrown down the gauntlet. Against two tricky opponents in the more robust of the groups, they have had to scarcely break sweat. West Indies, the defending champions, were shot out for 55 in the opener. As if that wasn’t warning enough, England flexed their all-round muscle on Wednesday just as emphatically, swatting Bangladesh aside by eight wickets after restricting them to 124 for nine.

England went to India in March with a full-strength T20 team and Moeen Ali, Chris Woakes, Liam Livingstone and Tymal Mills played 0 games between them

Moeen had an influence in both victories. Against the Caribbeans, he was the Player of the Match, accounting for Lendl Simmons and Shimron Hetmyer inside the Powerplay, when he bowled his maximum possible three overs en route to figures of two for 17. Significantly, he also batted at No 4, reaffirmation that England were happy to follow the CSK tack. He was also slotted into bat ahead of Morgan and Liam Livingstone, if required, against Bangladesh, whom he had tormented with the ball during another parsimonious new-ball spell of two for 18 from three overs. It’s unlikely that England will significantly deviate from their role-allocations for Moeen as they go deeper into the tournament.

Like Pakistan in the other pool, England have stolen the early march in Group 1. For the last six years, their approach to limited-overs play has been the envy of the cricket world. Chastened by their experiences at the 2015 World Cup in Australia and New Zealand when they didn’t even reach the quarter-finals, England made a conscious effort to shed their conservatism and embrace studied adventurism without holding back. Towards that end, they embarked on a process of identifying individuals who would reflect that culture, happy for them to fail in the course of familiarising themselves with the attacking credo because that was going to be their calling card.

The results have come, and quickly. It took four last-over sixes from Carlos Brathwaite for England to be conquered in the final of the last T20 World Cup, in 2016. They weren’t to be denied three years later in the 50-over World Cup in their own backyard, though cynics might argue that England won the trophy without winning the final against New Zealand — which ended in a tie after regulation play and the Super Over and was only decided on boundary countback.

As they seek to become the first team to hold the 50- and 20-over World Cups simultaneously, England can now fall back on another ace in a pack full of aces. This could well be the tournament when the world finally gets to see the best of Moeen – in England colours.

Denial of responsibility! NewsUpdate is an automatic aggregator around the global media. All the content are available free on Internet. We have just arranged it in one platform for educational purpose only. In each content, the hyperlink to the primary source is specified. All trademarks belong to their rightful owners, all materials to their authors. If you are the owner of the content and do not want us to publish your materials on our website, please contact us by email – [email protected]. The content will be deleted within 24 hours.
AliAvatarbest sports newscallingCupempoweredfindsFirstcricket

LeBron James’ portfolio sees a boost with the Fenway…