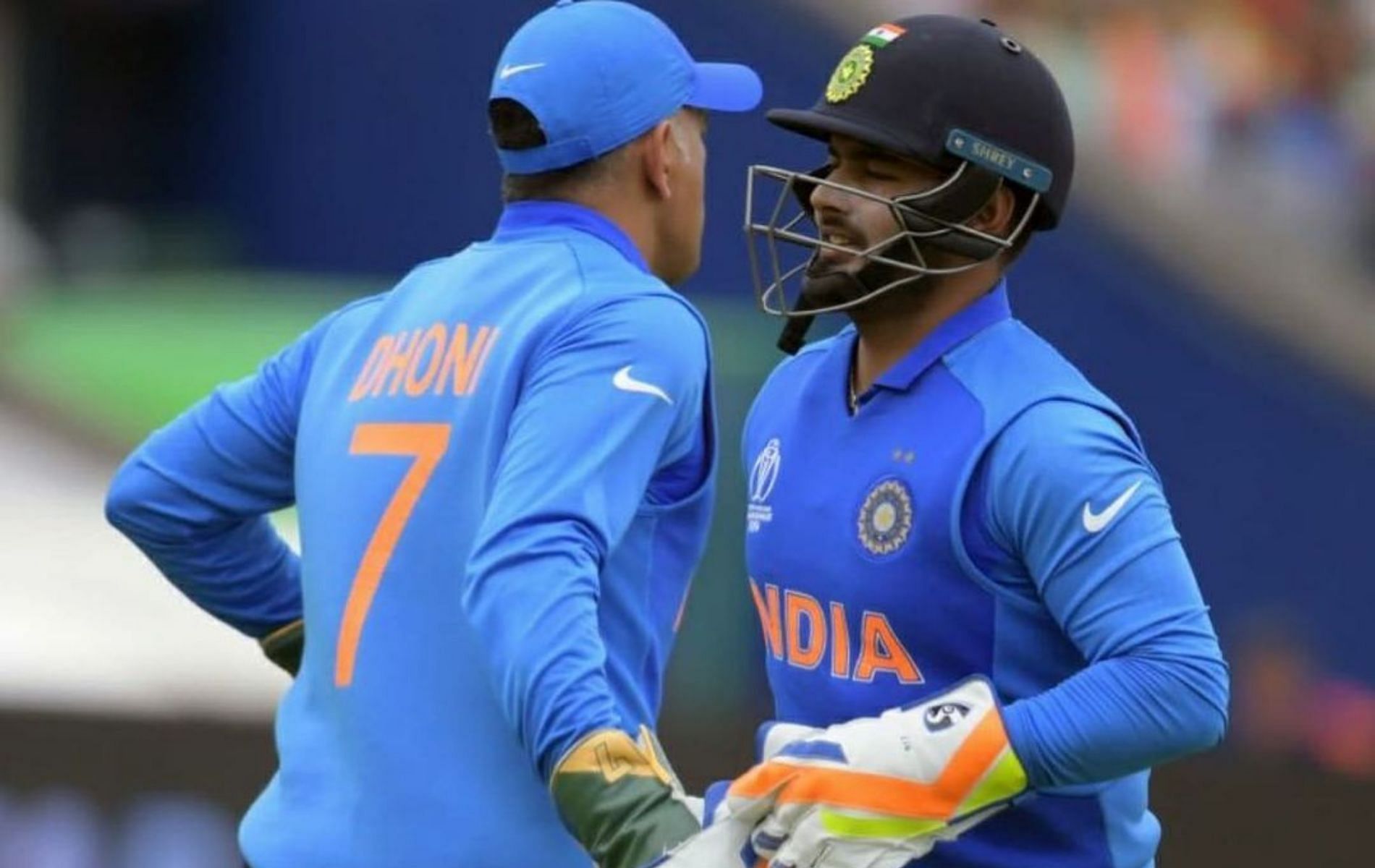 The 40-year-old was seen working closely with Pant as the latter trains hard ahead of the all-important Super 12’s.

The 24-year-old Pant was seen keeping behind a single stump outside the boundary rope during the match between India and Australia. Dhoni helped the gloveman with the drill with his under-arm throws.

Pant has a major role to play in this year’s T20 World Cup 2021, as keeping wickets will be tricky, considering the spin-friendly conditions at the venues.

After the drill, the duo were also seen having a conversation regarding wicketkeeping techniques. Dhoni appeared to be explaining to Pant the importance of staying slow against spinners in the UAE.

The ongoing match between India and Australia is a warm-up fixture taking place in Dubai. The Men in Blue will open their T20 World Cup campaign with a match against arch-rivals Pakistan on Sunday, October 24.

Australia unable to break-free against the Indian spinners

India’s Ravichandran Ashwin dented Australia’s chances of getting off to a flying start in the powerplay overs. The crafty off-spinner dismissed David Warner and Mitchell Marsh in his very first over to help India gain the upper hand in the contest.

But the team from Down Under fought back through Steve Smith and the in-form Glenn Maxwell. Maxwell even threatened to take the game away with his counter-attacking approach. However, his promising innings was cut short by Rahul Chahar and he had to depart after scoring 37 runs from 28 balls.

Steve Smith (57) then joined hands with Marcus Stoinis (41 not out) to help Australia post a total of 152 from their quota of 20 overs.

Q. Do you think India can clinch the T20 World Cup trophy this year?

Denial of responsibility! NewsUpdate is an automatic aggregator around the global media. All the content are available free on Internet. We have just arranged it in one platform for educational purpose only. In each content, the hyperlink to the primary source is specified. All trademarks belong to their rightful owners, all materials to their authors. If you are the owner of the content and do not want us to publish your materials on our website, please contact us by email – abuse@newsupdate.uk. The content will be deleted within 24 hours.
australiaAustralia Cricket Teambest sports newsCricketCupDhonihelpsICC T20 World Cup 2021

Everything We Know About Fade, The New Apex Legends Mobile…