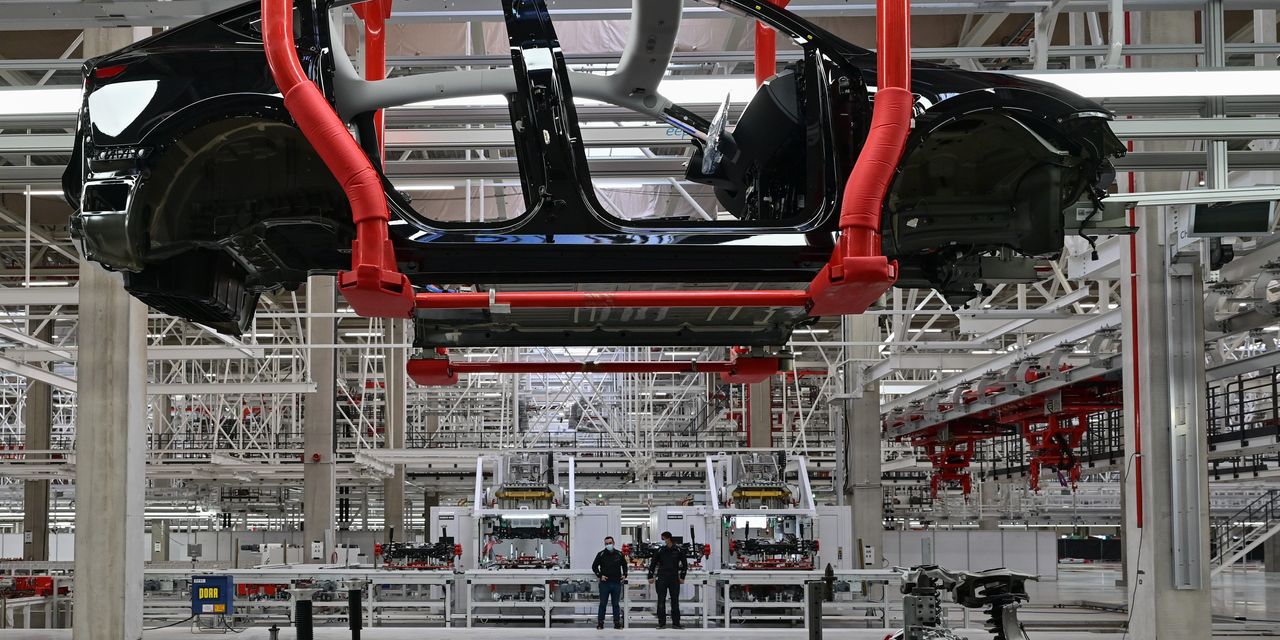 into a global car maker and energize its electric-vehicles sales in Europe through a new plant in Germany is nearing what could be its final hurdle.

People who have opposed the site—and in some cases, tried to derail Mr. Musk’s plans—have until Oct. 14 to voice any final objections to the planned factory. The state environment agency will then assess the complaints, with 814 already in hand. They include objections over clearing trees and concerns over the impact on wildlife and drinking water.

German officials say they expect the plant to be approved, maybe as early as this year. If it doesn’t pass muster, though, Tesla could be required to tear down all the buildings it has already erected and return the site to its natural state.

If approved, Tesla says it could build as many as 500,000 vehicles a year here, starting with its Model Y crossover vehicle.

Mr. Musk, over the weekend, opened the site’s doors in Grünheide, a confederation of six villages in rural Brandenburg just across state lines from Berlin. He hosted a one-day “county fair,” and took questions from the throngs that gathered.

“We’re aiming to start producing cars in a few months—November or December—and to deliver the first cars in December,” he said.

The event resembled a typical German Oktoberfest celebration, complete with strobe lights, a giant Ferris wheel, a stage with a DJ playing booming techno music, and beer. Mr. Musk, at times struggling to read remarks in German from the stage set up on the factory grounds, fielded questions from the audience that ranged from his taste in music, which he said was “wide-ranging,” to whether the Cybertruck, Tesla’s planned pickup, would come to Europe.

“We would be glad to bring it here if they let us do it,” Mr. Musk said.

Tesla’s expansion in Asia began in earnest two years ago, when it started delivering vehicles from its Shanghai plant, its first outside Fremont, Calif. The move fueled rapid growth in Tesla deliveries and helped turn the company into the world’s most valuable car maker.

To date, all Teslas sold in Europe have been imported from the U.S. or China. A local site in Europe could give Tesla more clout to compete against the growing number of models from European brands. The production of vehicles locally would cut costs associated with imports such as duties and shipping, and eliminate a logistics bottleneck when global supply lines are stretched.

The plant comes as the competitive pressure Tesla faces in Europe, as elsewhere, has intensified.

Electric-car sales in Europe had a watershed moment in August when they surpassed those of diesel vehicles for the first time. That month, EVs accounted for about 21% of total new-car sales in Europe, still trailing conventional cars.

“We have seen a fundamental shift in buying habits as more appealing models have entered the market and consumers have become aware of the benefits attached to EVs,” said Felipe Munoz, an analyst at Jato Dynamics.

Tesla has received preliminary approval for 14 of 16 planned construction projects linked to the plant, including the core manufacturing facilities and paint shop. Brandenburg Prime Minister Hubert Dietmar Woidke last month said that approval of the factory was conceivable this year.

The path hasn’t been easy, and Mr. Musk has taken aim at the regulatory process in Germany, at times complaining on Twitter about how long construction is taking. Mr. Musk in August had said production could start in October, before revising the forecast during the recent Berlin event.

An environmental impact study required the company to resettle endangered animals from the forest before felling trees. In December 2020, a German court forced Tesla to stop clearing forest on a small strip of land adjacent to the highway and railroad tracks, saying clearing the trees could harm hibernating sand lizards and wasn’t essential to the future operation of the plant. After environmentalists voiced concern about the plant’s impact on water levels, Tesla made several changes to try to address them, though opposition remains.

Some delays were self-inflicted. Tesla altered building applications, requiring state officials to restart the process that allows citizens to submit objections to the plant. Brandenburg officials say they are working as fast as possible and have given Tesla support by using fast-track legislation to expedite industrial investment like Tesla’s.

The car maker enjoys support from some regular citizens. “I just can’t understand why some people are against the plant. Tesla is bringing jobs. They should be happy about it,” said Anita Ketelsen, a retiree who drove with her husband to the weekend event, arriving early in their mobile home to secure a ticket.

Mr. Musk still faces opposition from Germany’s powerful unions. They welcome the jobs but warn Mr. Musk that he must abide by German rules.

Birgit Dietze, head of the Brandenburg chapter of Germany’s IG Metall union, said that, according to information the union had gathered, Tesla is offering factory workers wages that are 20% below the level of union contracts at other companies such as BMW, Daimler or Siemens AG. Tesla didn’t respond to a request for comment about wages at the plant.

In western Germany, IG Metall negotiates broad wage agreements that apply to nearly every company in a particular sector. But this system hasn’t been adopted widely in eastern Germany, where the Tesla plant is going up. BMW and Porsche, for example, negotiate wages with IG Metall individually for their plants in Leipzig.

Staff at companies similar in size to Tesla in Brandenburg also have the right to form a works council, a nonunion labor representation within a company elected by the workforce that has a say in everything from hiring and firing staff to plant operations.

—Rebecca Elliott contributed to this article.

Denial of responsibility! NewsUpdate is an automatic aggregator around the global media. All the content are available free on Internet. We have just arranged it in one platform for educational purpose only. In each content, the hyperlink to the primary source is specified. All trademarks belong to their rightful owners, all materials to their authors. If you are the owner of the content and do not want us to publish your materials on our website, please contact us by email – [email protected]. The content will be deleted within 24 hours.
Alternative Fuel VehiclesAutomotiveawaitsbest technology newsC&E Industry News FilterCapacityCapacity/FacilitiesContent Types

‘We feel empowered to perform for India’: CWG…