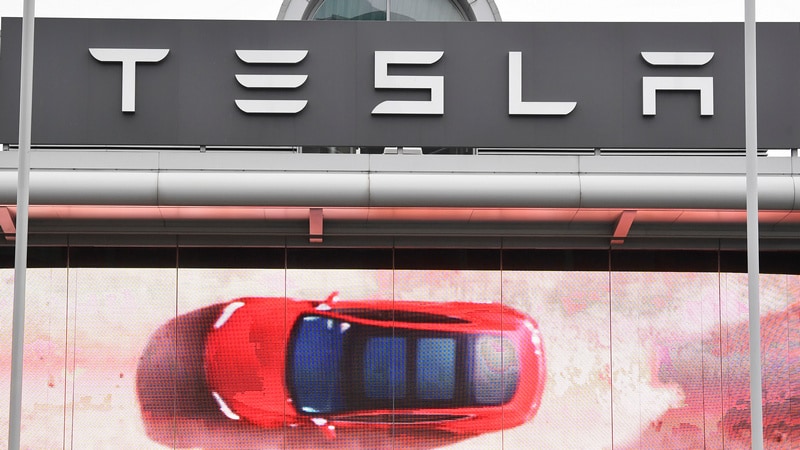 Tesla Cars Said to Be Barred From Some China Government Compounds

Staff at some Chinese government offices have been told not to park their Tesla cars inside government compounds due to security concerns over cameras installed on the vehicles, two people with knowledge of the matter said.

The people said officials of at least two government agencies in Beijing and Shanghai have been instructed verbally by supervisors not to park their Tesla electric cars at work. It wasn’t clear how many cars were affected, the people said, declining to be identified due to the sensitivity of the matter.

It wasn’t immediately clear whether all government offices in Beijing have imposed such restrictions, nor whether the measure was a formal government injunction or a step adopted by agency officials. It was also unclear whether curbs applied to state agencies nationwide.

While sensors and cameras that can assist driving feature in many automakers’ vehicles, the people with knowledge of the matter said the restriction currently only applies to Tesla cars. In March, Tesla vehicles were banned from entering some military complexes in China, sources told Reuters then, citing security concerns over vehicle cameras.

The restriction provides a fresh indication of China’s continued wariness of the US electric carmaker amid tensions with Washington.

Automakers like Tesla have been equipping more vehicles with cameras and sensors that capture images of a car’s surroundings. Control of how those images are used and where they are sent and stored is a fast-emerging challenge for the industry and regulators around the world.

Tesla cars have several external cameras to assist drivers with parking, changing lanes, and other features. Chief Executive Elon Musk has commented frequently on the value of the data that Tesla vehicles capture which can be used to develop autonomous driving.

Days after the March ban on Tesla cars in military complexes, Musk appeared by video at a high-level Chinese forum, saying that if Tesla used cars to spy in China or anywhere, it would be shut down.

Tesla said it would open a data centre in China and is developing a data platform for car owners in China.

Denial of responsibility! NewsUpdate is an automatic aggregator around the global media. All the content are available free on Internet. We have just arranged it in one platform for educational purpose only. In each content, the hyperlink to the primary source is specified. All trademarks belong to their rightful owners, all materials to their authors. If you are the owner of the content and do not want us to publish your materials on our website, please contact us by email – [email protected]. The content will be deleted within 24 hours.
Barredbest technology newscarsChinaCompoundselon muskgovernmentmodel 3