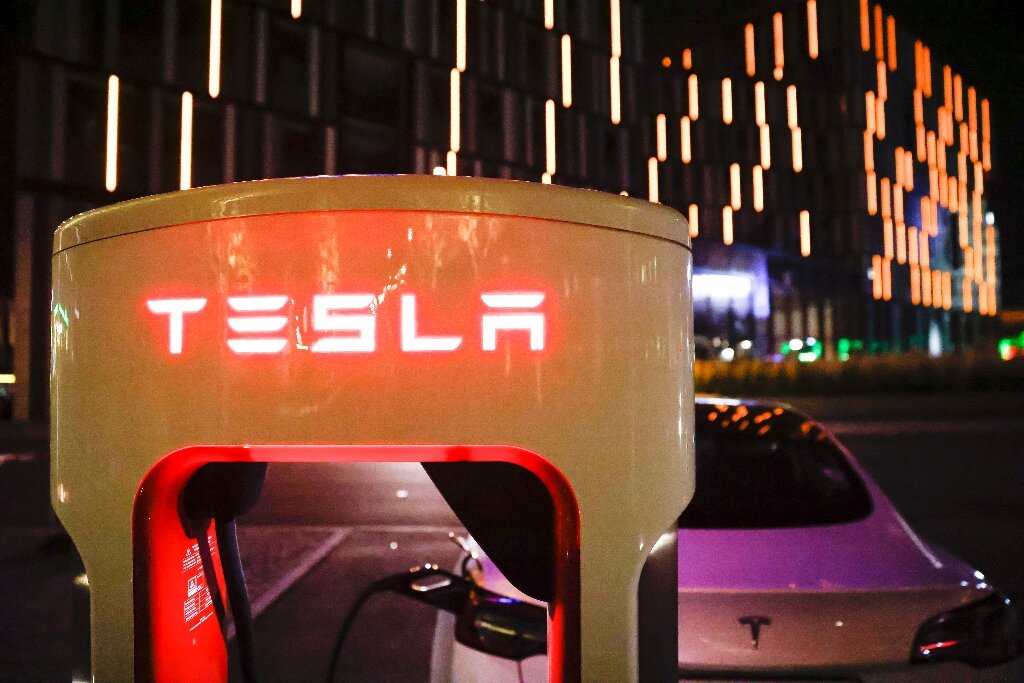 With a big wheel, music and an appearance by CEO Elon Musk, Tesla is pulling out all the stops Saturday to win over opponents of the electric carmaker’s controversial new “gigafactory” near Berlin.

Construction had begun under an exceptional procedure granted by authorities two years ago, but opposition from locals over environmental concerns has held up final approval for the plant.

Some local residents have planned a counter-protest at the site on the day of the event to underline their opposition to the factory.

Musk will personally drop by at the “Giga Fest”, where the company has laid on a big wheel, electronic music and vegetarian food trucks—an event conceived in the image of Berlin, Europe’s party capital.

Thousands are expected to attend, with locals given priority for the guest list announced by Tesla earlier this week.

Devotees of the brand shared their excitement ahead of the day on social media. “Gigafest here we come. Thrilled to see what they have built in my hometown,” tweeted one.

The project’s opponents are planning another form of welcome. “Let’s take to the streets against this environmental devastation pushed by politicians,” is the call made by protest organisers.

Tesla began construction at the site in Gruenheide in 2019 after receiving preliminary approval under a special procedure.

But local authorities are still in the process of evaluating the environmental impact of the factory, despite construction being all but done.

The special treatment afforded to the company angered some residents, who are concerned about the impact the plant could have on the water supply and biodiversity.

Supported by NGOs, opponents have sent letters, held protests and gone to court to try and stop the project.

“Tesla has to follow the same procedures as other companies,” the Green League campaign group said recently.

Last year, work at the Tesla site was temporarily stopped after NGOs requested an injunction to protect the nearby natural habitat of endangered species of lizards and snakes while they were in their winter slumber.

A residents’ consultation, part of the approval process, is due to close on October 14.

Until the survey is completed, final approval cannot be given and production at the factory will not be allowed to begin.

Even then, the state environment ministry in Brandenburg, where the plant is located, told AFP “no date has been fixed” for this authorisation.

Despite local resistance, construction has been completed in double-quick time, replacing a swathe of pine forest with an enormous concrete-paved expanse accessed via “Tesla Road”.

About 500,000 cars a year should roll off the line at the factory just outside Berlin, Tesla’s first production location in Europe.

The site will equally boast the “world’s largest die-casting machine”, said Ferdinand Dudenhoeffer, director of the Center for Automotive Research in Germany.

In the event that the factory is not approved, the carmaker will be compelled to dismantle the entire works at its own cost.

Such a turn of events is, however, “unlikely”, said Dudenhoeffer, since the project has considerable “political support”.

“Every political party is in favour,” the car expert explained, while noting that changes to the factory facade could be requested by authorities, delaying the beginning of production further.

First planned for July 2021, the start has already been pushed back to the end of this year as a result of the company’s administrative troubles.

Tesla was “irritated” by these setbacks, as it wrote in an open letter in March, in which the company called for a “reform” of Germany’s planning procedures.

Despite the country’s reputation for efficiency, major infrastructure projects are often slowed down by excess bureaucracy.

Berlin’s new international airport opened in October 2020 eight years later than first planned, while the construction of a new train station in Stuttgart is not yet finished, having begun in 2010.

Tesla hopes to start production at Berlin factory in October

Denial of responsibility! NewsUpdate is an automatic aggregator around the global media. All the content are available free on Internet. We have just arranged it in one platform for educational purpose only. In each content, the hyperlink to the primary source is specified. All trademarks belong to their rightful owners, all materials to their authors. If you are the owner of the content and do not want us to publish your materials on our website, please contact us by email – [email protected]. The content will be deleted within 24 hours.
best technology newsdisputedfactoryFestGermanGigaholdsnews update tech

Apple allows users to rate and review party-apps like…

AUS vs SL, Australia vs Sri Lanka, When And Where To Watch…