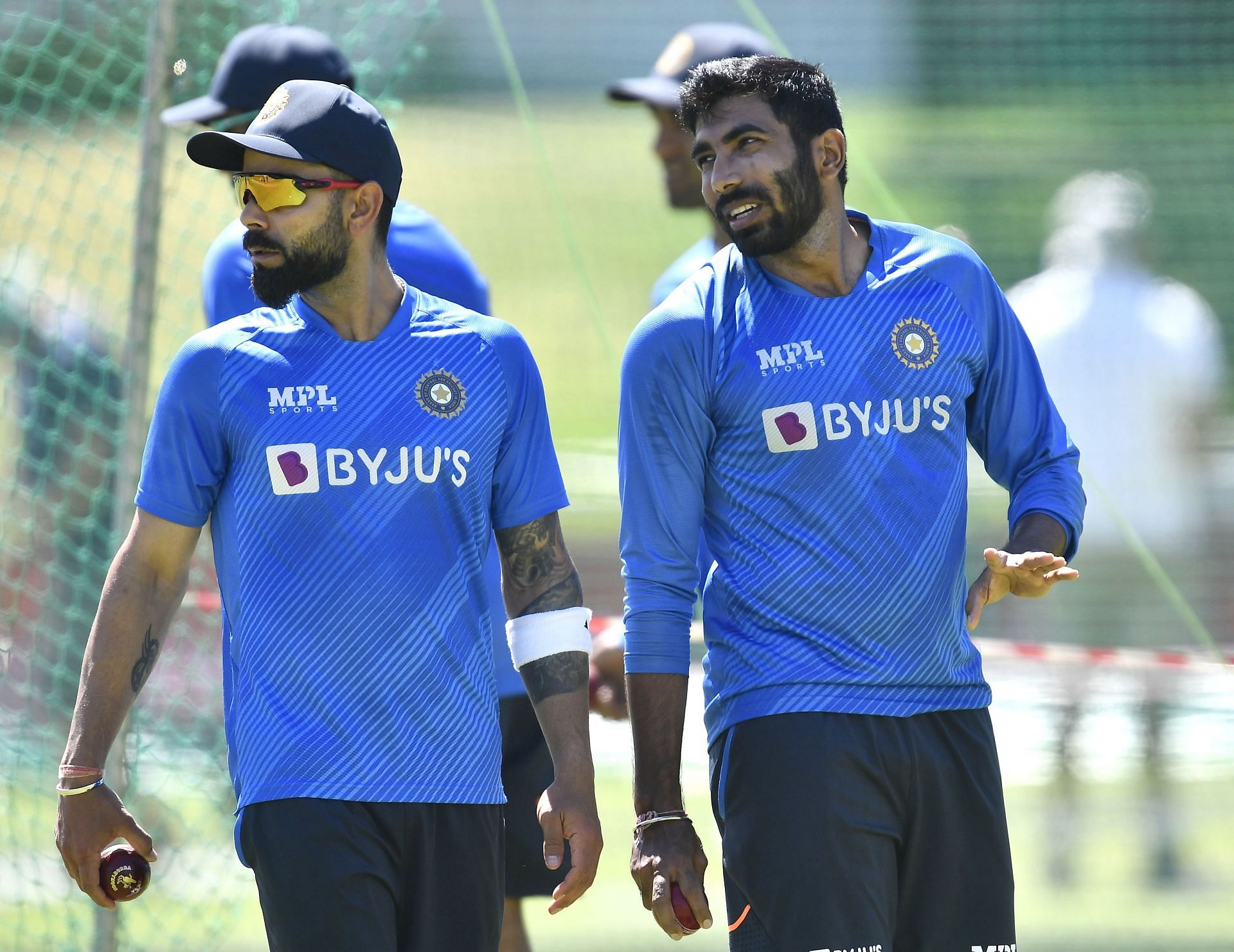 Test vice-captain Jasprit Bumrah revealed that the team has already made peace with Virat Kohli’s 100th Test to be played behind closed doors. Team India are focused on keeping their intensity high at an empty stadium as the two-Test series against Sri Lanka commences in Mohali on Friday.

The cricketing fraternity didn’t take kindly to Punjab Cricket Association’s (PCA) decision to make the opening Test a closed-door affair. The development came close on the heels of the T20I series against the West Indies (Kolkata) and the Lankans (Lucknow and Dharamsala) allowing spectators. Furthermore, the second Test in Bengaluru will see 50 percent crowd.

Labelling it as one of the many ‘uncontrollables’, Bumrah stated that the team is looking for avenues to keep their energy levels high, now that there won’t be any crowd to feed off for the same.

“Right now, we are in the frame of mind where we’re focusing on what we can control. See, the crowds come and it’s good for the energy. But that is something that we cannot control, we don’t have any power regarding that, we don’t decide the rules. For us, what we can control, is our energy. So we are trying to focus on that, and that is the basic thing in everybody’s mind right now. That, how do we prepare – we are in the best frame of mind – even if crowds are not there, how do we keep that energy up,” Bumrah said in response to a Sportskeeda query at the pre-series press conference.

He further added that their primary goal is to win the Test match, which would be the icing on the cake for Virat Kohli to celebrate the coveted milestone.

“And it’s a big, big day, big match for Virat Kohli – he’s obviously contributed towards our team a lot. Right now, our focus is on winning the Test match, and then, once we win, then all the proceedings will happen,” the 28-year-old iterated.

Kohli will become the 11th Indian to be a part of the 100-Test club, which boasts the likes of Sachin Tendulkar, head coach Rahul Dravid, and BCCI president Sourav Ganguly, among others.

Virat Kohli’s vision to make India a fast-bowling force first came to the fore during the 2018 tour of South Africa. That was also when Jasprit Bumrah was pitchforked into the Test side and the then 24-year-old took the occasion by storm.

Now the ace of the pack and a future leader, Bumrah underlined the former Indian skipper’s persistence and love for the longest format while wishing him the best.

“It’s always a special achievement for a player, it’s a testimony of his hardwork, his dedication to play 100 Test matches for your country. It’s a great occasion and he’s contributed a lot to the success of the Indian team and will contribute a lot more in the future as well. It’s another feather in his cap, so yeah, I just wish him best and congratulate him on the achievement,” he remarked.

After the Mohali Test, the teams will head to the Chinnaswamy Stadium in Bangalore – a city which has become Kohli’s second home due to his association with RCB.

Denial of responsibility! NewsUpdate is an automatic aggregator around the global media. All the content are available free on Internet. We have just arranged it in one platform for educational purpose only. In each content, the hyperlink to the primary source is specified. All trademarks belong to their rightful owners, all materials to their authors. If you are the owner of the content and do not want us to publish your materials on our website, please contact us by email – [email protected]. The content will be deleted within 24 hours.
100thbest sports newsBumrahclosedcontrolCricketdoorsIndia vs Sri Lanka 2022

Indian Anime fans can now stream shows and more on…

Ahead Of My Time, King’s Ransom, Supernatural and Lazarus…

Are your cats fighting or playing? Scientists analyse cat…