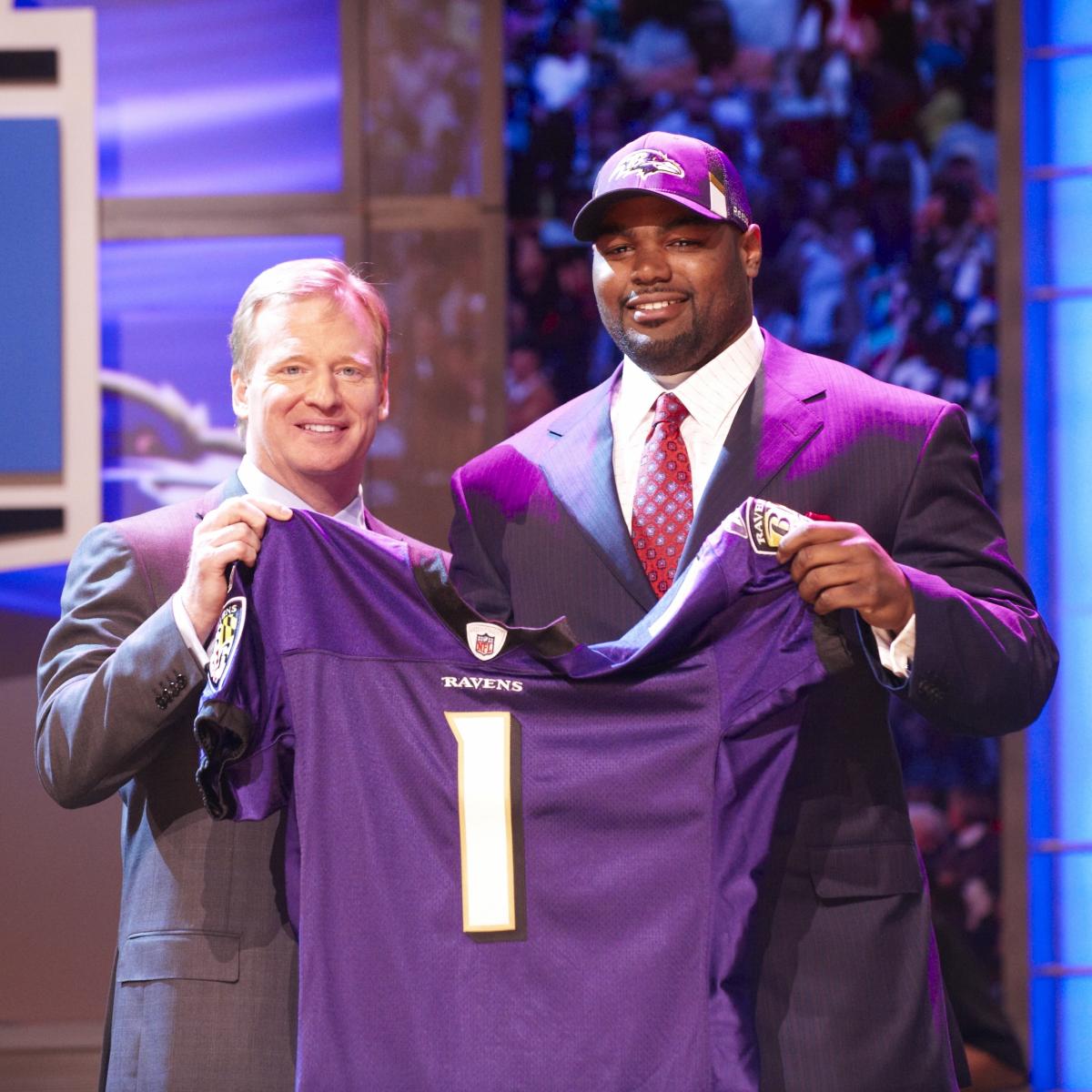 The 6 Highest-Grossing Sports Movies of All Time

Sports fans have dozens of beloved movies, but only a small collection of them double as true box-office hits.

Jerry Maguire and Rocky IV kick off the all-time leaderboard of money-making sports films. Higher up the list is The Blind Side, which stars Sandra Bullock and recounts the story of 2009 NFL first-round draft pick Michael Oher.

While the order is based on IMDB’s most recent list—filtered to the sports genre—we omitted some films such as the Cars franchise, Turbo and Real Steel to focus on (human) sports as we know them.

The most notable near-miss is Space Jam, which is ranked 14th overall and $43 million behind Jerry Maguire.

“Show me the money!”

That’s the iconic line from Jerry Maguire, a story of a successful 35-year-old sports agent (Tom Cruise) who becomes frustrated with his industry. However, the well-intended moral stance ends up costing Maguire his job and every client but one: Arizona Cardinals receiver Rod Tidwell (Cuba Gooding Jr.).

The film received many nominations for prestigious honors. Cruise won a Golden Globe for Best Actor in a Motion Picture (Musical or Comedy), and Gooding earned both an Academy Award and Screen Actors Guild Award for his supporting role.

Balboa initially appears as the trainer for Apollo Creed (Carl Weathers), who challenges Ivan Drago (Dolph Lundgren) to a fight. Drago beats Creed, literally, to death and shows no remorse for it, sparking Rocky’s commitment to avenge Creed.

Set and released in 1985, the film clipped the $300 million mark in worldwide gross.

Released in 2016, Dangal portrays the true story of an Indian family that chased wrestling greatness.

Mahavir Singh Phogat (Aamir Khan) trains two of his daughters, Geeta Phogat and Babita Kumari, to win gold—all while defying the cultural norms for women. Zaira Wasim and Fatima Sana Shaikh play the young and old versions of Geeta, while Suhani Bhatnagar and Sanya Malhotra do the same for Babita, respectively.

The Hindi-language film grossed $303.7 million, edging out Rocky IV ($300.5 million) for the fourth spot on the list.

While the film, of course, takes a few creative liberties, The Blind Side ultimately retells how an adoptive family impacted the life of future NFL player Michael Oher.

In addition to the film generating $309.2 million, Bullock won numerous awards for her role. Most notably, she received a Golden Globe for Best Actress in a Motion Picture.

Chinese comedy troupe Mahua FunAge stars in Never Say Die. It focuses on a disgraced male fighter (Ai Lun) and a female journalist (Ma Li) who switch bodies because of a lightning strike.

“Much of the humor is slapstick, but that shouldn’t imply that Mahua FunAge’s style isn’t sophisticated. There is a solid mix of winning visual gags, one-liners and absurdism that makes Never Say Die entertaining even for those of us who do not speak Mandarin.”

The trailer for the 2017 picture, which grossed $334.5 million, is available at this link.

A remake of the iconic 1984 film, The Karate Kid puts a twist on the original storyline.

The film brought in $359.1 million and received several honors, including two at the 2011 Kids’ Choice Awards.

Denial of responsibility! NewsUpdate is an automatic aggregator around the global media. All the content are available free on Internet. We have just arranged it in one platform for educational purpose only. In each content, the hyperlink to the primary source is specified. All trademarks belong to their rightful owners, all materials to their authors. If you are the owner of the content and do not want us to publish your materials on our website, please contact us by email – [email protected]. The content will be deleted within 24 hours.
best sports newsHighestGrossingmoviesnews update sportsnewsupdatesportssports newssports update