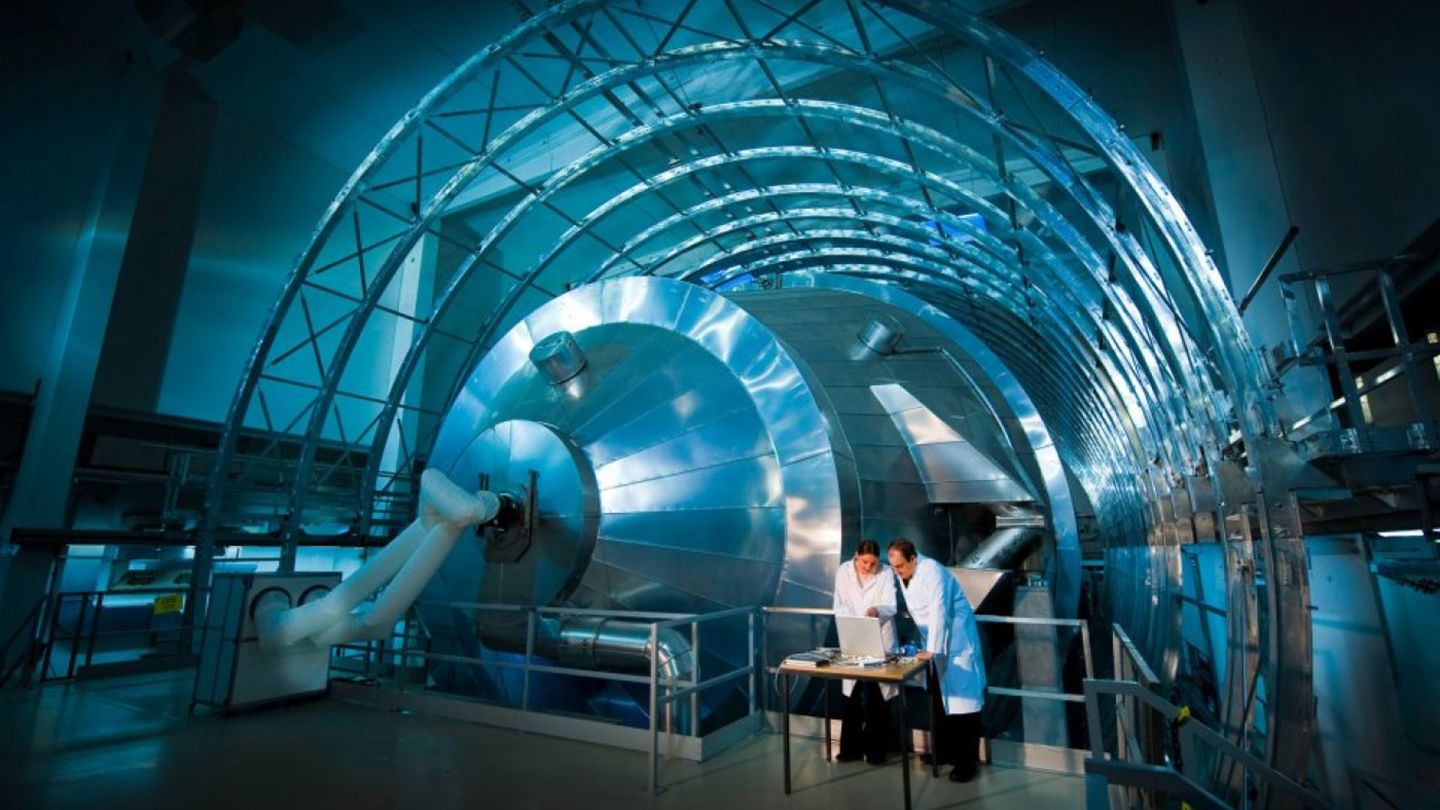 To understand neutrinos, it pays to be small-minded.

The subatomic particles are so lightweight, they’re almost massless. They’re a tiny fraction of the mass of the next lightest particle, the electron. But scientists still don’t know exactly how slight the particles are. A new estimate from the KATRIN experiment, located in Karlsruhe, Germany, further shrinks the maximum possible mass neutrinos could have.

The puny particles have masses of 0.8 electron volts or less, physicist Diana Parno reported April 19 at a virtual meeting of the American Physical Society. For comparison, electrons are more than 600,000 times as bulky, at about 511,000 electron volts. “Neutrino masses are tiny,” said Parno, of Carnegie Mellon University in Pittsburgh.

The KATRIN experiment studies tritium, a rare form of hydrogen that decays radioactively, emitting an electron and an antimatter mirror image of the neutrino, an antineutrino. Measuring the energies of the electrons can reveal the masses of the antineutrinos that flitted away.  That’s because mass and energy are two sides of the same coin; a more massive neutrino would mean less energy could go to the electron in the decay

A previous estimate from KATRIN, using a smaller amount of data, found that the neutrino’s mass was less than 1.1 electron volts (SN: 9/18/19). In the coming years, additional data should further squeeze the neutrino’s maximum possible bulk.

Scientists still don’t understand why neutrinos are abnormally light (SN: 2/26/18). The origin of the particle’s mass remains mysterious: While most fundamental particles obtain their masses from interacting with what’s called the Higgs field — as revealed by the discovery of its particle manifestation, the Higgs boson, in 2012 (SN: 7/4/12) — neutrinos may get their masses in a different manner.

Denial of responsibility! NewsUpdate is an automatic aggregator around the global media. All the content are available free on Internet. We have just arranged it in one platform for educational purpose only. In each content, the hyperlink to the primary source is specified. All trademarks belong to their rightful owners, all materials to their authors. If you are the owner of the content and do not want us to publish your materials on our website, please contact us by email – [email protected]. The content will be deleted within 24 hours.
best technology newsmassmaximumneutrinosnews update technewsupdateshrunktech news