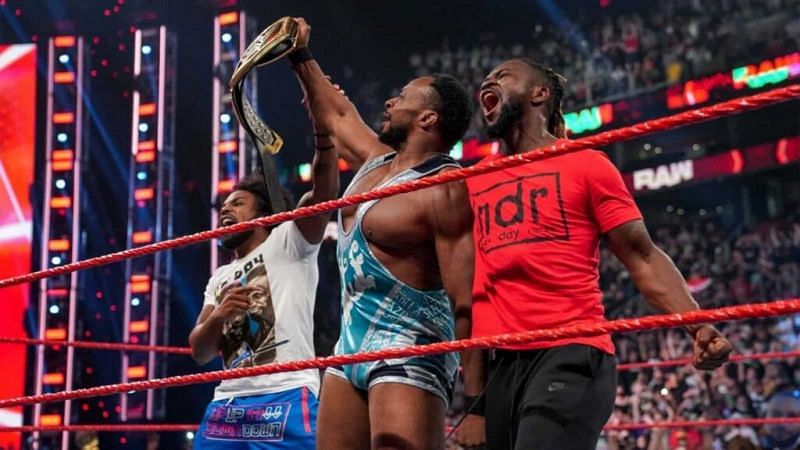 With Big E winning the WWE Championship after defeating Bobby Lashley on Monday, he is ready to take on all comers, especially Goldberg. The WWE Hall of Famer has been Big E’s dream opponent for a long time.

Earlier this week on WWE RAW, Big E cashed in his Money in the Bank on Bobby Lashley and walked out as the new WWE champion. The wrestling world celebrated alongside Big E, and while congratulatory messages are still pouring in, the WWE Champion is already thinking about the future.

Speaking with Robbie Fox, Big E shared his thoughts on the next move. While Goldberg is definitely a name on Big E’s list, he is also looking forward to working with other stars like Keith Lee.

“I never really thought I could get the Goldberg match but, I know people might have their opinions on, but you’re telling me that the fact that it is even possible is beyond remarkable,” said Big E. “There’s Goldberg out there, man [there’s also] Keith Lee. Let’s get this man cooking, let’s get him going. That’s a dude with a tonne of talent. I wanna see him very very soon. Man there’s so many guys. Right now, just for brevity’s sake, let’s get that Goldberg match I suppose. But man, Keith, I’m ready.”

Keith Lee hasn’t been seen on WWE TV in over a month. His last televised match came against Karrion Kross on the August 2 episode of WWE RAW. Lee has since been competing in dark matches weekly at both RAW and SmackDown tapings.

Goldberg, on the other hand, recently challenged for the WWE Championship. He went head-to-head with Bobby Lashley at SummerSlam and lost the bout after he was declared unfit to continue. That being said, Goldberg is looking for revenge after Lashley attacked his son, Gage at the pay-per-view.

Who could be the next challenger to Big E’s WWE Championship?

The red brand features many talented stars who could potentially challenge Big E. From rising stars like Riddle and Damian Priest to certified main-eventers like Drew McIntyre and Randy Orton, there are countless options. But Bobby Lashley will likely seek a rematch in an attempt to win back the WWE Championship.

With Extreme Rules less than two weeks away, who do you think will challenge Big E for the WWE Championship? Sound off in the comments section below.

Vince Russo makes an offer to Vince McMahon himself right here. Check it out, bro!

Loading...
Denial of responsibility! NewsUpdate is an automatic aggregator around the global media. All the content are available free on Internet. We have just arranged it in one platform for educational purpose only. In each content, the hyperlink to the primary source is specified. All trademarks belong to their rightful owners, all materials to their authors. If you are the owner of the content and do not want us to publish your materials on our website, please contact us by email – [email protected]. The content will be deleted within 24 hours.
Loading...
best sports newsbigBig EdiscussesfacingfactFamerGoldberg