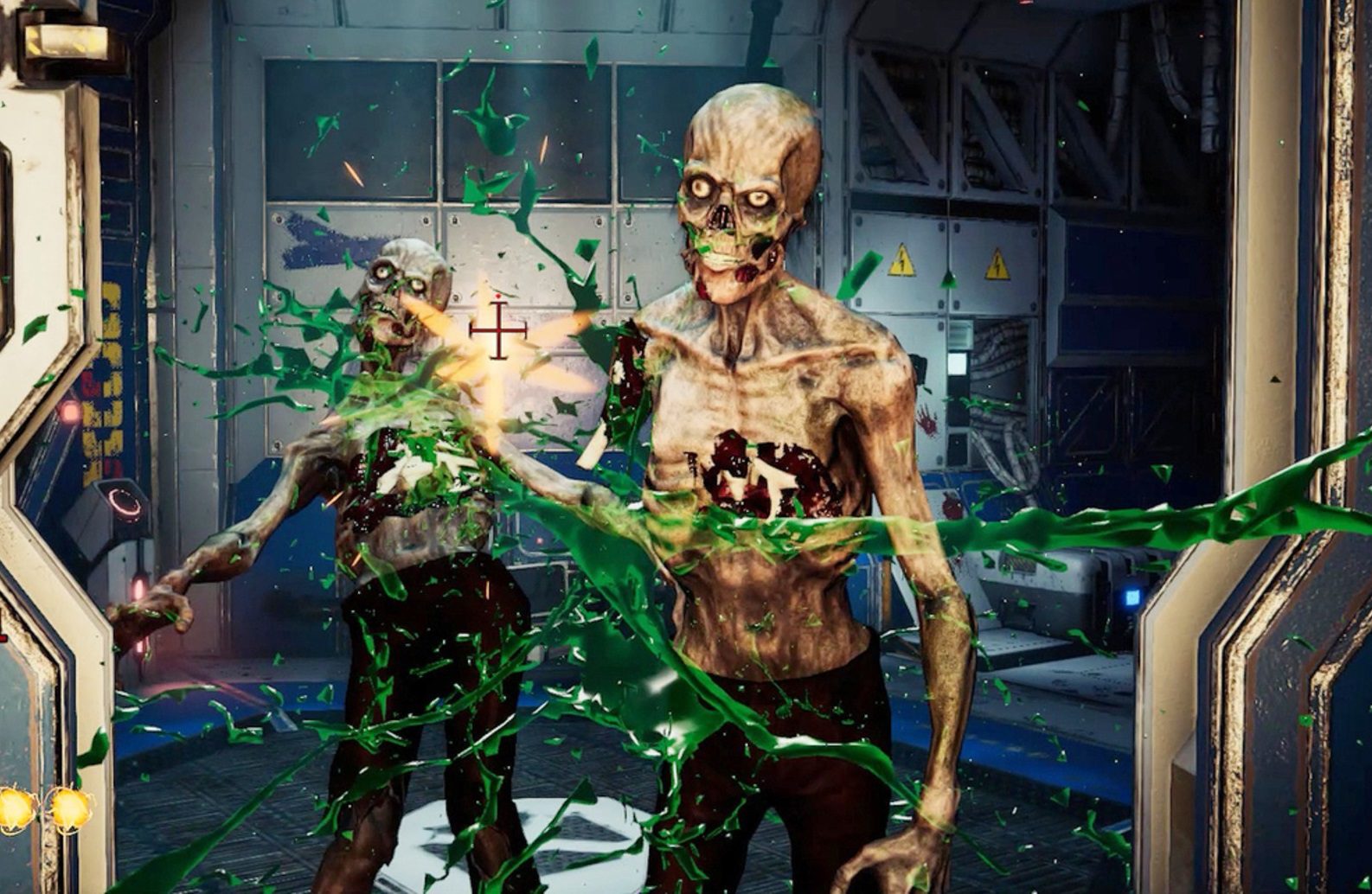 The House of the Dead Remake opens its doors in April

It seems to have been in development for a stupendously long time, but Forever Entertainment and MegaPixel Studio have finally announced a release date for the remake of the 1996 arcade classic, The House of The Dead. The unsurprisingly titled The House of The Dead Remake will launch on Nintendo Switch April 7.

The new remake will replicate the original rail shooter in its entirety, as special agents Rogan and G investigate the labyrinthine mansion of rogue bio-scientist, Dr. Curien. From the new trailer (which you can check out below), we can already establish that many grim encounters from the original release are set to return in all of their gory glory, from the chainsaw-wielding hillbillies and the armored Chariot monster to the strange, besuited gremlins and the terrifying “Magician”.

I know The House of The Dead like the back of my decaying hands, (I legitimately won score tournies back in the day), and this trailer features patterns and pathways that appear to be direct pulls from the original, so it appears that we’re looking at a true remake here, rather than a “reimagining”. Forever Entertainment has noted that the new release will feature unlockable weaponry and galleries, as well as a brand new “horde” mode. There is also a Photo Mode, so you can capture all of those spilled brains and exploding torsos for posterity.

Although The House of The Dead is pushing its 26th year, monster-mashing has never really gone out of style, and this new remake looks more than able to scratch an itch for those who just want to rip through a mansion of beasties for a little weekend catharsis. The only real concern pertains to the lack of actual, physical light gun — one has to wonder how much of the game’s appeal is lost without it.

Denial of responsibility! NewsUpdate is an automatic aggregator around the global media. All the content are available free on Internet. We have just arranged it in one platform for educational purpose only. In each content, the hyperlink to the primary source is specified. All trademarks belong to their rightful owners, all materials to their authors. If you are the owner of the content and do not want us to publish your materials on our website, please contact us by email – [email protected]. The content will be deleted within 24 hours.
Aprilbest games newsDeaddoorsgame updategames newsHousenews update games

Arshdeep Singh and Ishan Kishan would be the next IPL…