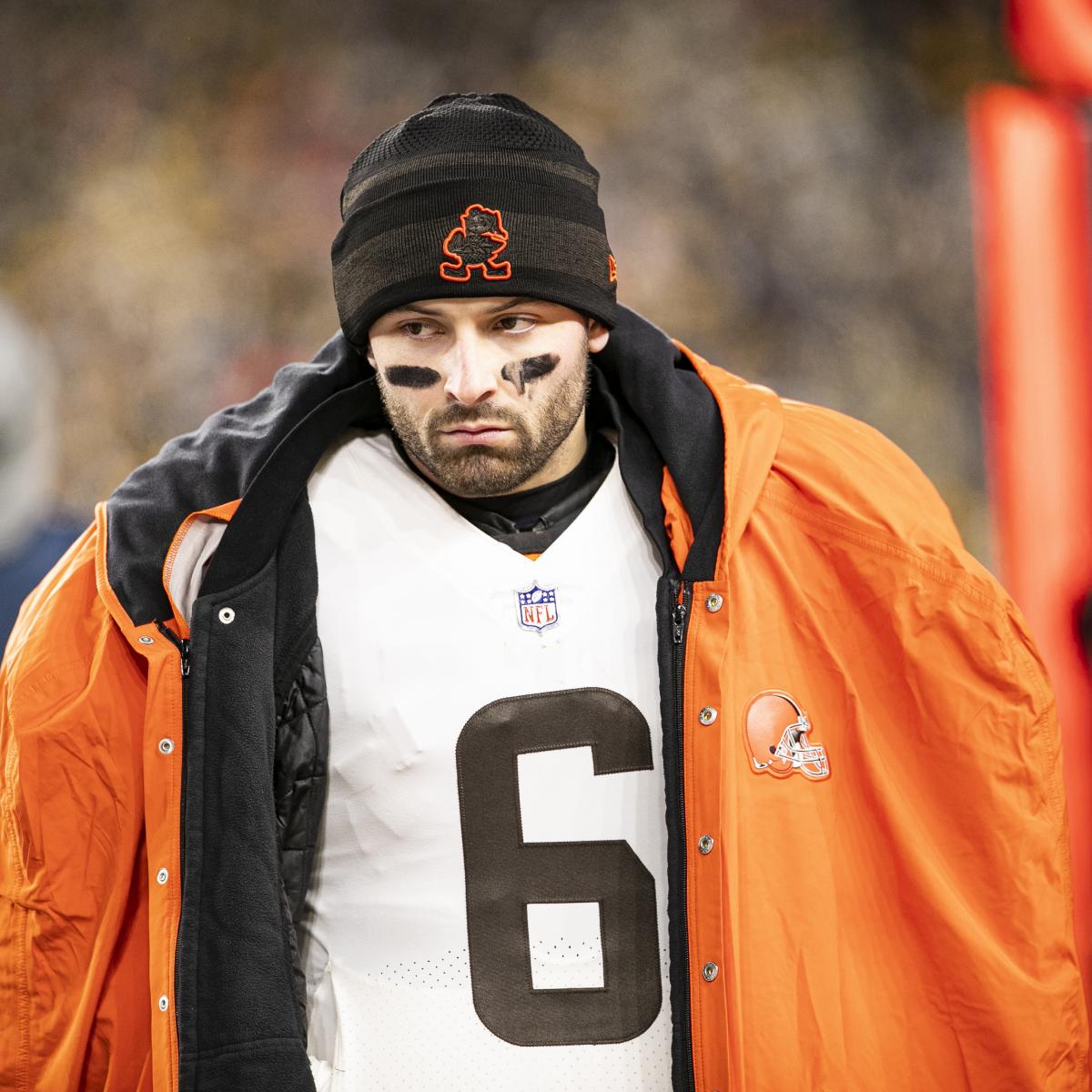 The NFL Draft Is Over and Baker Mayfield Remains a Brown; Now What?

The 2022 NFL draft featured trades with star wide receivers A.J. Brown and Marquise “Hollywood” Brown, but the three-day event came and went with two available veteran quarterbacks still without a new home. Neither the Cleveland Browns’ Baker Mayfield nor the San Francisco 49ers’ Jimmy Garoppolo were traded. For Mayfield and the Browns, the question is: Where do both parties go from here?

The Browns’ bold move to trade for Deshaun Watson and give him a fully guaranteed $230 million contract created significant shrapnel for Mayfield, fans and NFL owners. At least on the ownership front, it’s not surprising that Baltimore Ravens owner Steve Bisciotti was irritated that negotiations with star quarterback Lamar Jackson could become more complicated after this record, precedent-setting deal. It’s also understandable for Browns fans to be uncertain about the team’s willingness to invest in Watson as 22 civil lawsuits of sexual assault and misconduct have yet to be decided.

Mayfield is in a different boat. He understandably felt “disrespected” by the Browns’ decision to pursue Watson and said on the Ya Neva Know podcast that the team didn’t communicate its intentions to him. The Browns told Mayfield’s agent they’d only pursue an upgrade over Baker if they could land one, and maybe Mayfield didn’t see Watson as an upgrade.

Regardless, the writing is on the wall that Mayfield’s time in Cleveland should come to an end sooner than later. His $18.9 million salary is an albatross on Cleveland’s cap sheet, and Mayfield wants an opportunity to find a long-term starting role in 2022. NFL draft weekend was the last major milestone before training camp kicks off in mid-to-late July.

After both the Seattle Seahawks and Carolina Panthers passed on quarterbacks in the first two rounds, it seemed plausible the Browns may have two clear suitors left for Mayfield. However, the Panthers opted to invest the 94th overall pick in Ole Miss passer Matt Corral. Carolina can still afford Mayfield, but the team has already sunk the 226th overall pick in the 2021 draft and the 38th, 94th and 111th overall picks in the 2022 class on Sam Darnold and Corral.

If Carolina ever wanted Baker, it wasn’t enough to pay whatever Cleveland wanted. Cleveland may have had to eat most of Mayfield’s salary and take a late Day 3 pick. Per Cleveland.com’s Terry Pluto, the Panthers believed Cleveland had little leverage, and they’re right.

Meanwhile, Seattle opted against taking a quarterback at all and remains a potential fit for Mayfield. With first-round tackle Charles Cross fulfilling their huge need for a blindside blocker, the Seahawks now have a stronger surrounding cast to entice the veteran. Mayfield’s deep-passing prowess and willingness to give his targets a chance to win one-on-one mesh well with Seahawks receivers DK Metcalf and Tyler Lockett.

Seattle can also offer one of the best run games in the league. Rushers Chris Carson, Kenneth Walker III and Rashaad Penny make up one of the deeper backfields in the NFL. This should be attractive to Mayfield since much of Cleveland’s own success stemmed from a productive set of ball-carriers.

Other uncertain quarterback rooms around the league exist, but it’s hard to imagine teams like Houston, the New York Giants or even the Pittsburgh Steelers wanting to move an asset for Mayfield unless his salary is covered by the Browns. Teams are almost always willing to wait until a player is released, when they know they’re no longer on the hook.

Mayfield could realistically compete for a starting job for at least 10 teams. The remaining teams either have clearly better options or a young talent who will start no matter what. Seattle, Carolina, Atlanta, Detroit, Houston, Philadelphia, the New York Giants, Washington, Tennessee, New Orleans and Pittsburgh have varying levels of uncertainty at the position. However, we just saw the Steelers take Kenny Pickett in the first round and the Titans, Panthers and Falcons invest a third-rounder in a rookie, so they may be out.

The Browns’ best strategy is to simply wait. There’s no financial upside in releasing Mayfield now and allowing him to bolt for their rival in Pittsburgh. At least the Browns can regain some leverage in trade discussions if an injury occurs between now and the start of the regular season.

San Francisco is also lurking to find such leverage with Garoppolo. Having another veteran on the market complicates things for Cleveland. Garoppolo is coming off shoulder surgery but is regarded as the better player and is beloved within the 49ers locker room.

Mayfield has called out teammates several times, including Duke Johnson in 2019 and again on the YNK podcast when he lamented that some teammates are motivated by money. He may not be wrong, but the locker room political game matters, and Mayfield has shown immaturity when given the chance to earn his teammates’ unwavering support. Concern over Baker’s on-field inconsistency and off-field immaturity is heightened when compared to Garoppolo’s winning resume and locker room leadership.

In retrospect, maybe Browns general manager Andrew Berry should’ve quickly moved Mayfield as soon as Watson announced his decision to waive his no-trade clause for Cleveland—or even asked Watson for a small window to trade Mayfield before news of the blockbuster broke. At the time, Indianapolis had not yet traded for Matt Ryan, so there was another potential destination for Mayfield.

Seattle appears to be the best landing spot for Mayfield to walk into as a starter. It’s hard to imagine the 49ers trading Garoppolo within the division to their rival in the Pacific Northwest. Cleveland may not get much in return, but the alternatives for now are bleak.

Denial of responsibility! NewsUpdate is an automatic aggregator around the global media. All the content are available free on Internet. We have just arranged it in one platform for educational purpose only. In each content, the hyperlink to the primary source is specified. All trademarks belong to their rightful owners, all materials to their authors. If you are the owner of the content and do not want us to publish your materials on our website, please contact us by email – [email protected]. The content will be deleted within 24 hours.
Bakerbest sports newsBrownDraftMayfieldnews update sportsnewsupdateNFL

F1 bosses ‘looking to pull away from FIA’ amid…