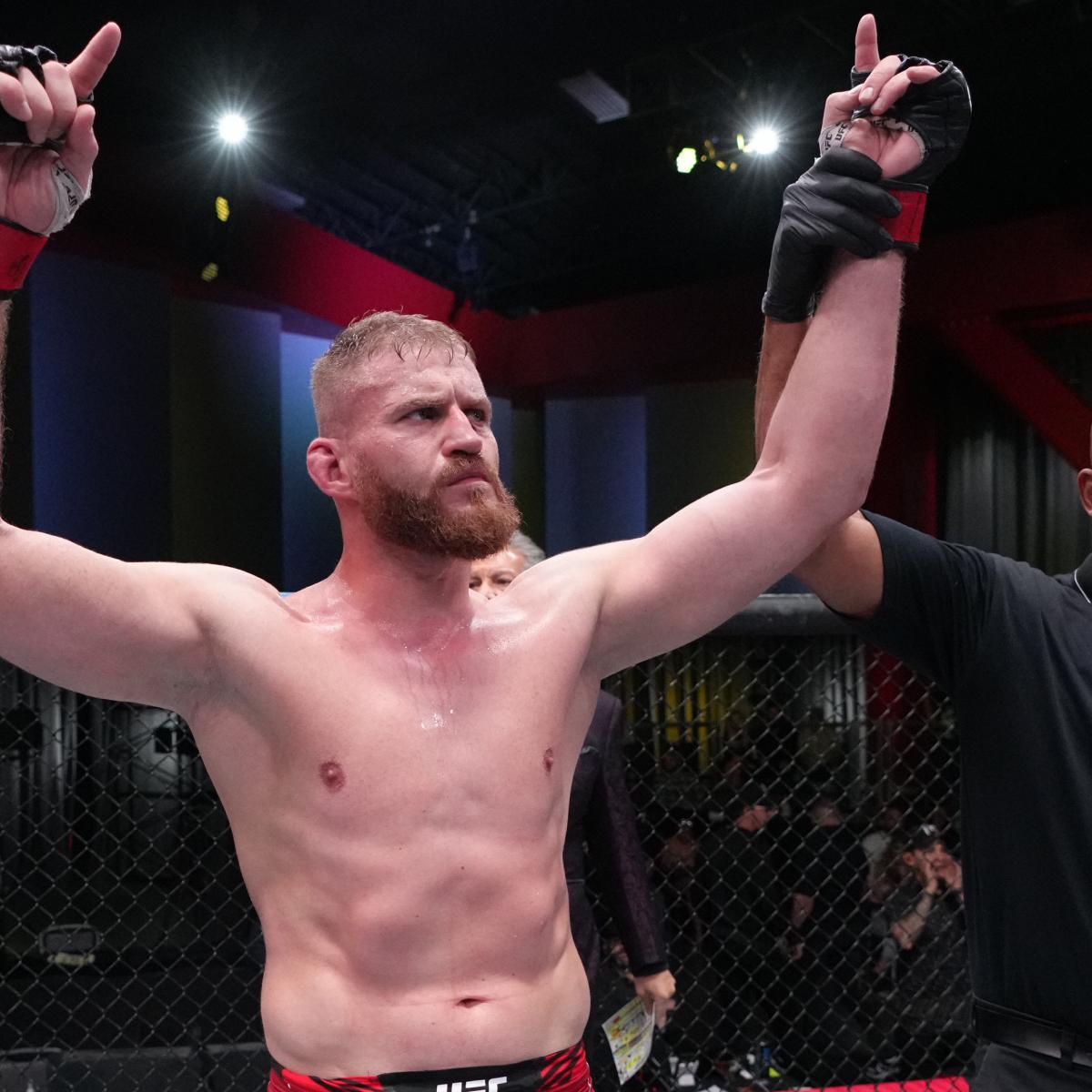 The Real Winners and Losers from UFC on ESPN 36

UFC on ESPN 36 went down on Saturday night in Las Vegas, Nevada, and the card produced some memorable action.

In the main event, former UFC light heavyweight champion Jan Blachowicz got back to winning ways, stopping surging Austrian contender Aleksandar Rakic with a third-round kick to the knee. It was his first victory since he surrendered the title to Glover Teixeira last year, and it could set him up for another crack at the champion if he gets by Jiri Prochazka at UFC 275 next month in Singapore.

UFC on ESPN 36 was co-headlined by another light heavyweight fight, as Ryan Spann picked up a quick submission win over Ion Cutelaba.

Elsewhere on the main card, we witnessed some exciting stoppage wins Davey Grant and Manuel Torres, while No. 1 flyweight contender Katlyn Chookagian also picked up decision win over Amanda Ribas.

The undercard, finally, included impressive wins from the likes of Viviane Araujo and Michael Johnson.
Who really gained and won the most ground at the event? Keep scrolling for our take.

UFC on ESPN 36 ended up being a real showcase for the leg kick, with two fights on the main card ending as a direct result of the technique.

First up, British bantamweight Davey Grant chopped down Hawaii’s Louis Smolka. He didn’t actually finish the fight with a kick, but after sending his rival to the mat with one, was able to put a stamp on things with a storm of vicious ground strikes.

Blachowicz, who was looking to get back to winning ways after surrendering the title to Glover Teixeira last year, got to work with his kicks early in round one. And while he spent much of round two on his back, he got back to his kicks in round three. A little over a minute into the round, he sent his foe to the canvas with a kick to the knee, forcing the referee to put an end to the action.

“[The leg kick is the] secret weapon in our gym,” Blachowicz said in his post-fight interview with commentator Michael Bisping. “We always kick it. Aleksandar, he’s got long legs. In his position, he’s very low, so I knew all kicks would be on point.”

Leg kicks may not be as pretty as head kicks or flying knees, but at UFC Vegas 36, we got a reminder of just how effective the technique can be.

Katlyn Chookagian became a free agent after her decision win over Jennifer Maia in January, and there was initially some question as to whether the UFC would re-sign her. While she has long stood out as the promotion’s best female flyweights outside of division’s reigning champ Valentina Shevchenko, her fights typically leave a little to be desired in terms of excitement.

In the end, however, the UFC elected to re-sign Chookagian. The American completed the first bout of her new contract on the UFC on ESPN 36 main card, defeating Brazilian submission specialist Amanda Ribas by split decision after three competitive rounds.

The win justified the UFC’s decision to keep her around. While she may not be the most exciting fighter in the world, she is clearly one of the promotion’s top female fighters. And with wins in her last four fights, it may not be long before she’s challenging Shevchenko for gold again, looking to correct a third-round TKO loss to the champ back in 2020.

Dana White was advised not to sign Jake Hadley.

The British flyweight defeated Mitch Raposo by second-round submission on Dana White’s Contender Series last year, but missed weight for the fight and apparently wasn’t great to UFC staff in the lead-up to it. That left several of the UFC’s top executives to caution White against signing Hadley, but he didn’t listen.

“When I left the back room, my instructions were not to sign this guy,” White said at the event’s post-fight press conference. “I just have a gut feeling that this kid has something special, and I broke all my own rules and didn’t listen to what they said. So hopefully I’m right on this, and this kid doesn’t make a d***head out of me.”

Hadley made his UFC debut at UFC on ESPN 36, taking on Brazil’s Allan Nascimento on the main card. He was out-grappled for the bulk of the bout, ultimately losing a unanimous decision as a result.

It’s definitely possible Hadley will still turn out to be “something special” like White predicted, but after the Brit’s debut, the UFC boss might be kicking himself for breaking his own rules.

Andrea Lee’s cornerman Tony Kelley was the biggest loser of UFC on ESPN 36.

The American flyweight Lee was back in action on the event’s undercard, taking on Brazil’s Viviane Araujo. Despite nearly finishing the Brazilian with a kick in round one, she was ultimately out-grappled to a decision loss.

It was already disappointing night for the Lee, but Kelley definitely made things worse with some ugly mid-fight comments. In between rounds, the cornerman could be heard accusing Araujo of cheating, and referring to the fighter and her team as “dirty f******* Brazilians.”

It was a nasty and unnecessary comment. It will most likely go unpunished by the UFC — Colby Covington infamously said almost the exact same thing after defeating demian Maia in 2017 and was never reprimanded — but that doesn’t change the fact that it was awful.

In the opening bout of the UFC on ESPN 36 broadcast, Andre Petroski cashed as a significant underdog to submit Nate Diaz stablemate Nick Maximov by first-round submission with an anaconda choke.

The win pushed the middleweight to 3-0 in the UFC. It also kept his home gym, Renzo Gracie Philly, undefeated in the Octagon.

That’s a combined record of 14-0 for Renzo Gracie Philly fighters currently competing in the UFC. Not bad at all.

Denial of responsibility! NewsUpdate is an automatic aggregator around the global media. All the content are available free on Internet. We have just arranged it in one platform for educational purpose only. In each content, the hyperlink to the primary source is specified. All trademarks belong to their rightful owners, all materials to their authors. If you are the owner of the content and do not want us to publish your materials on our website, please contact us by email – [email protected]. The content will be deleted within 24 hours.
best sports newsESPNLosersnews update sportsnewsupdaterealsports newssports update