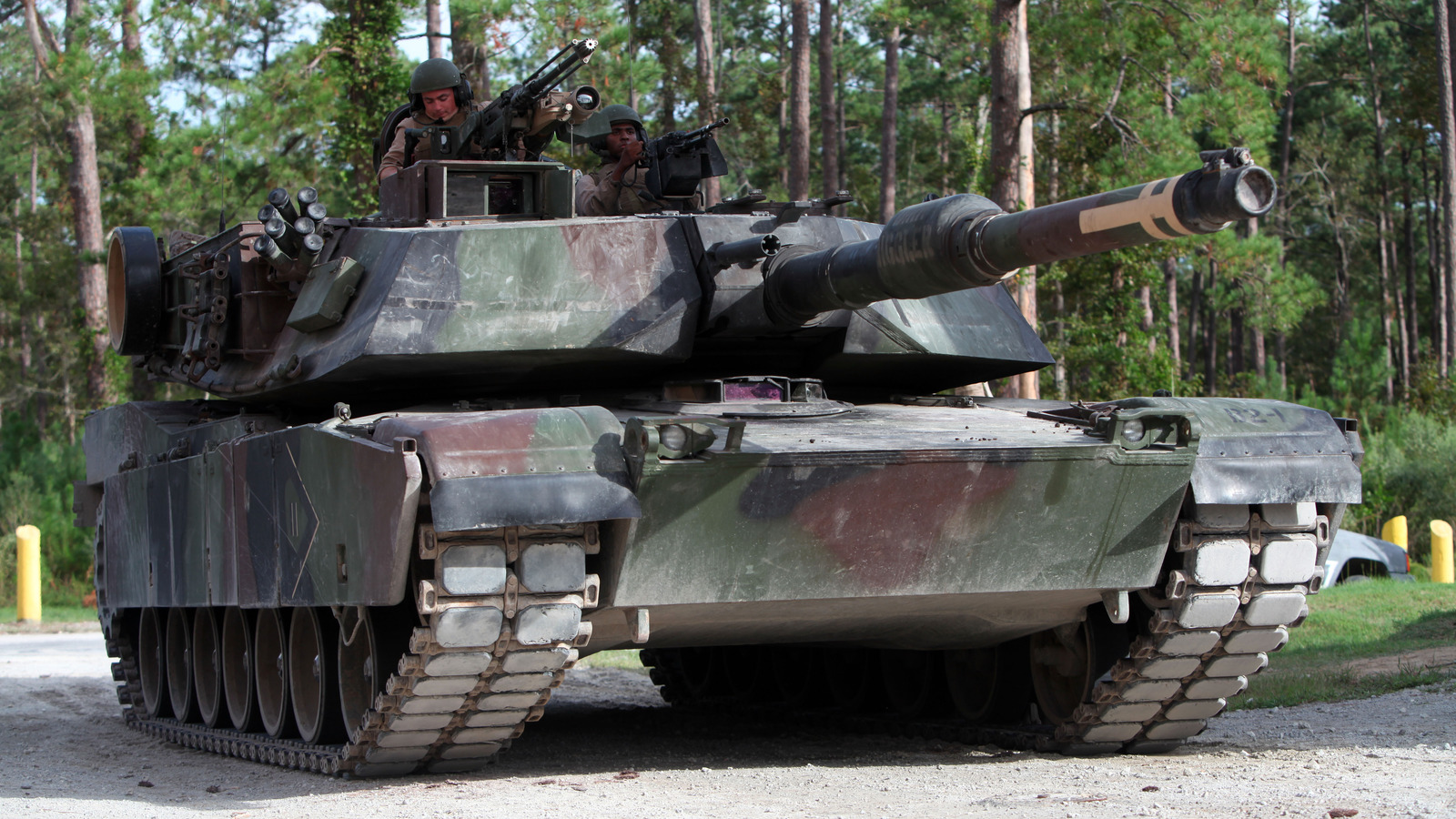 The U.S. Army Releases A Brand New Vehicle For The First Time In 4 Decades

The Abrams tank’s specs sheet shows a 70-ton behemoth equipped with a 1,500-horsepower turbine engine and 120mm cannon. While they’re extremely durable, they’re also heavy and slow to deploy. MPFs, on the other hand, are supposed to be lighter 30-ton vehicles equipped with smaller 105mm cannons (via U.S. Army). MPFs will be serving as support for Infantry Brigade Combat Teams (IBCT) — the military’s light ground units. These vehicles are meant to supplant the Marine Corps’ eight-wheeled light armored vehicle — the LAV25 — albeit using tank-like tracks instead of tires, with GD giving them modern diesel engines and enhanced thermal viewers.

Sure, it might not fend off full-sized tanks, but that’s not what MPFs are about. The proposal emphasizes that the key here is being light, as MPFs are supposed to have the armaments of a tank yet still be compact enough to be airlifted onto the battlefield and maneuvered in tight environments. Its concept is a bit like Cobra Kai’s motto: strike first, strike hard. That means dispatching smaller enemy forces, armored vehicles, and defensive bunkers swiftly and efficiently, gaining the upper hand before enemy forces can even react. As for its name, MPF is merely a platform that fits the vehicle’s description, but the U.S. Army is said to give its new vehicle design a proper name in October (via Popular Science). Expect next-generation tanks to be on a diet when the military implements its first MPFs by late 2025.

Denial of responsibility! NewsUpdate is an automatic aggregator around the global media. All the content are available free on Internet. We have just arranged it in one platform for educational purpose only. In each content, the hyperlink to the primary source is specified. All trademarks belong to their rightful owners, all materials to their authors. If you are the owner of the content and do not want us to publish your materials on our website, please contact us by email – [email protected]. The content will be deleted within 24 hours.
Armybest games newsbranddecadesgame updategames newsnews update gamesnewsupdate

Man City vs Dortmund and Real Madrid vs Leipzig: How to watch UEFA Champions League group stage matches in India?