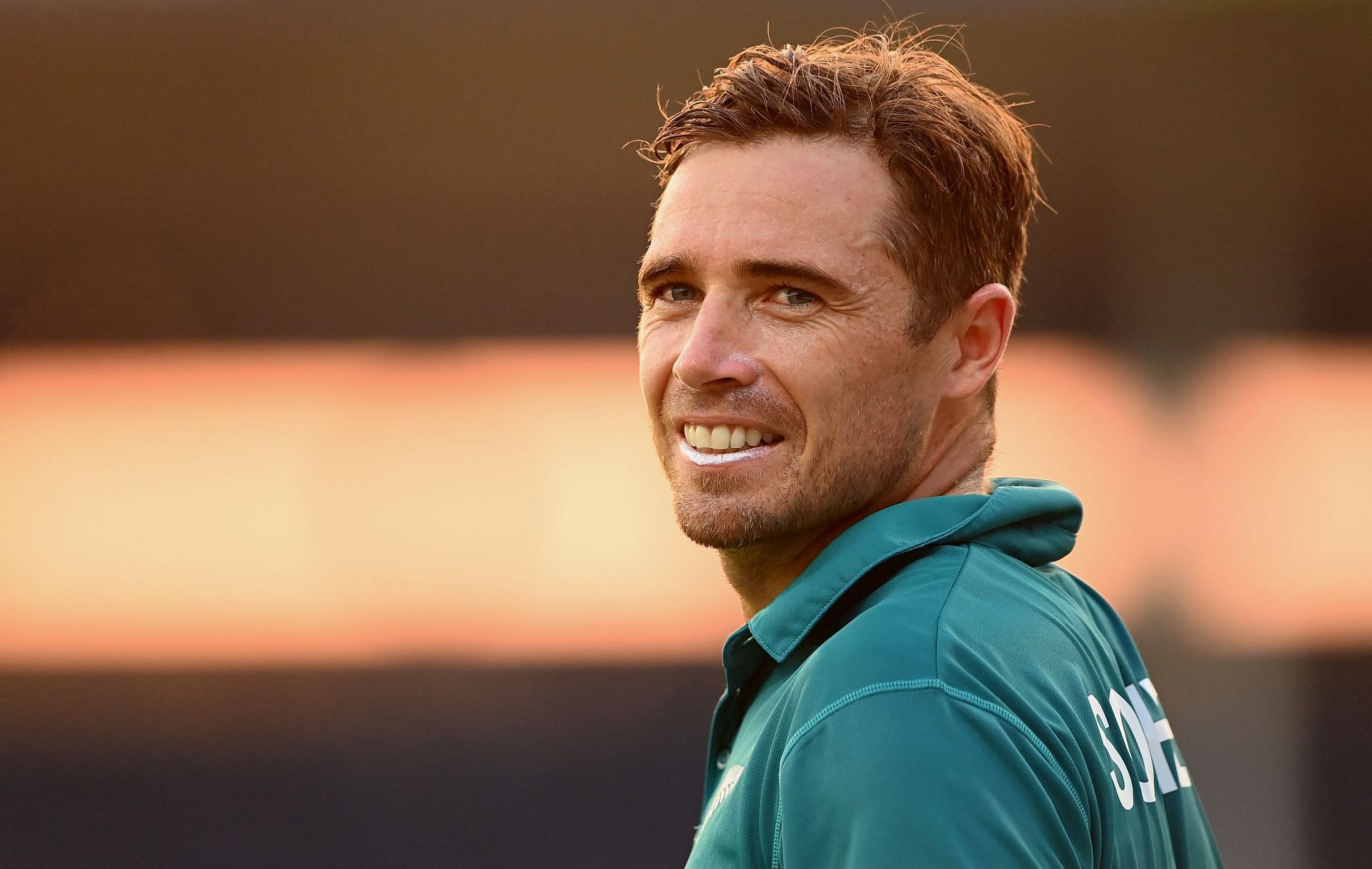 New Zealand new-ball bowler Tim Southee says they are unfazed by the prospect of facing Australia in the 2021 T20 World Cup final. Instead, Southee is relishing the challenge of bowling against Australia’s power-packed quality batting line-up.

Southee has one of the best economy rates in the tournament, conceding runs at 5.75 in six games so far. The right-arm seamer has picked up eight wickets at 17.25. However, bowling to the aggressive duo of David Warner and Aaron Finch will be challenging.

Tim Southee, who was part of New Zealand’s squad that beat Australia earlier this year in the T20 series, admitted they weren’t at full strength. However, the 32-year-old feels they have a batting unit similar to England. Southee stated as quoted by Perth Now:

“I guess Australia have been a very strong side for a long time. We haven’t played them in a final since 2015 but – I know they weren’t at full strength – we beat them in a T20 series not so long ago. We know they’re a dangerous side but it’s a final, anything can happen.”

“I don’t think there’s any fear, we’ve played against some quality oppositions throughout the tournament. They’re very similar to the England line-up where they’ve got dangerous batters throughout. But as a bowler, you want to challenge yourself against the best and Australia have got plenty of quality players.”

Southee was the most economical bowler in the first semi-final against England in Abu Dhabi, claiming figures of 4-0-24-1. He dismissed Dawid Malan at a crucial juncture, helping the Black Caps limit the opposition to 166. New Zealand eventually chased the total down with five wickets and one over to spare.

Southee conceded the Kiwis have adapted to the conditions and varied requirements of the day and night games and also highlighted their consistency in the ICC events. He added:

“We’ve assessed the conditions reasonably well. We’ve had to chop and change between venues, day games and night games. But as a whole, we’ve all been pretty consistent and quick in adapting. We’ve done that throughout the tournament. One of the strengths of the side is just to stay level in everything we do. But we’ve definitely been a lot more consistent in world events, especially.”

New Zealand and Australia have nailed stiff run-chases in the semi-final against their respective opponents. Aaron Finch and Co. beat the Kiwis in a nail-biter in the warm-up game and will aim to clinch their maiden T20 title on Sunday.

Denial of responsibility! NewsUpdate is an automatic aggregator around the global media. All the content are available free on Internet. We have just arranged it in one platform for educational purpose only. In each content, the hyperlink to the primary source is specified. All trademarks belong to their rightful owners, all materials to their authors. If you are the owner of the content and do not want us to publish your materials on our website, please contact us by email – [email protected]. The content will be deleted within 24 hours.
aheadAustralia Cricket TeamAustraliasbattingbest sports newsCricketCupengland

Les Snead thrilled Rams players were ones who won over Odell Beckham Jr.