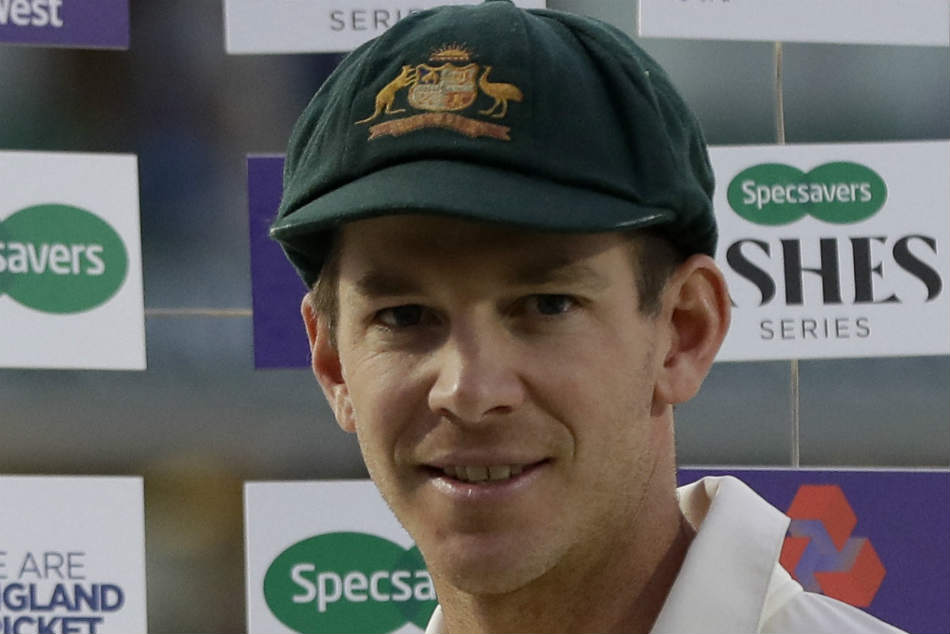 Tim Paine quits captaincy after sexting controversy: ‘Difficult but the right decision I made’

Paine had handed over Australia captaincy in 2018 after the Sandpaper Scandal that rocked the Aussies that year during the Test series in South Africa.

Paine will be available for selection in the Ashes summer, and the incident of texting indecent messages to a female co-worker happened in 2017, a few months before the wicketkeeper batsman was recalled to the Test side after a seven-year hiatus.

However, a Cricket Australia and Cricket Tasmania investigation had cleared the 36-year-old Paine of that incident then.

“Today, I’m announced my decision to stand down as the captain of the Australian men’s test team. It’s an incredibly difficult decision, but the right one for me, my family, and cricket,” Paine said while reading out a prepared statement

“As a background on my decision, nearly four years ago, I was involved in a text exchange with a then-colleague. At the time, the exchange was the subject of a thorough CA Integrity Unit investigation, throughout which I fully participated in and openly participated in.

“That investigation and a Cricket Tasmania HR investigation at the same time found that there had been no breach of the Cricket Australia Code of Conduct. Although exonerated, I deeply regretted this incident at the time, and still do today.

“I spoke to my wife and family at the time and am enormously grateful for their forgiveness and support. We thought this incident was behind us and that I could focus entirely on the team, as I have done for the last three or four years.

“However, I recently became aware that this private text exchange was going to become public. On reflection, my actions in 2017 do not meet the standard of an Australian cricket captain, or the wider community.

“I’m deeply sorry for the hurt and pain that I have caused to my wife, my family, and to the other party. I’m sorry for any damage that this does to the reputation of our sport.

“And I believe that it is the right decision for me to stand down as captain, effective immediately. I do not want this to become an unwelcome disruption to the team ahead of what is a huge Ashes series,” Paine said.

“I have loved my role as captain of the Australian cricket team,” he said. “It’s been the greatest privilege of my sporting life to lead the Australian men’s test team. I’m grateful for the support of my team-mates and proud of what we’ve been able to achieve together.

“To them, I ask for their understanding and forgiveness. To Australian cricket fans I’m deeply sorry that my past behaviour has impacted our game on the eve of the Ashes. For the disappointment I have caused to fans and the entire cricket community, I apologise.

“I’ve been blessed with a wonderful, loving and supportive family, and it breaks my heart to know how much I’ve let them down. They have always stood by me, been my most loyal fans, and I’m indebted to them for their support.

“I will remain a committed member of the Australian cricket team and look forward with anticipation to what is a huge Ashes tour.”

Paine was elevated to the captaincy in March 2018 following the explosive fallout from the ball-tampering scandal in South Africa. Fast bowler Pat Cummins is Australia’s current vice-captain and had been tipped to assume the role once Paine retired.

Denial of responsibility! NewsUpdate is an automatic aggregator around the global media. All the content are available free on Internet. We have just arranged it in one platform for educational purpose only. In each content, the hyperlink to the primary source is specified. All trademarks belong to their rightful owners, all materials to their authors. If you are the owner of the content and do not want us to publish your materials on our website, please contact us by email – [email protected]. The content will be deleted within 24 hours.
best sports newscaptaincycontroversyDecisionDifficultnews update sportsnewsupdatePaine