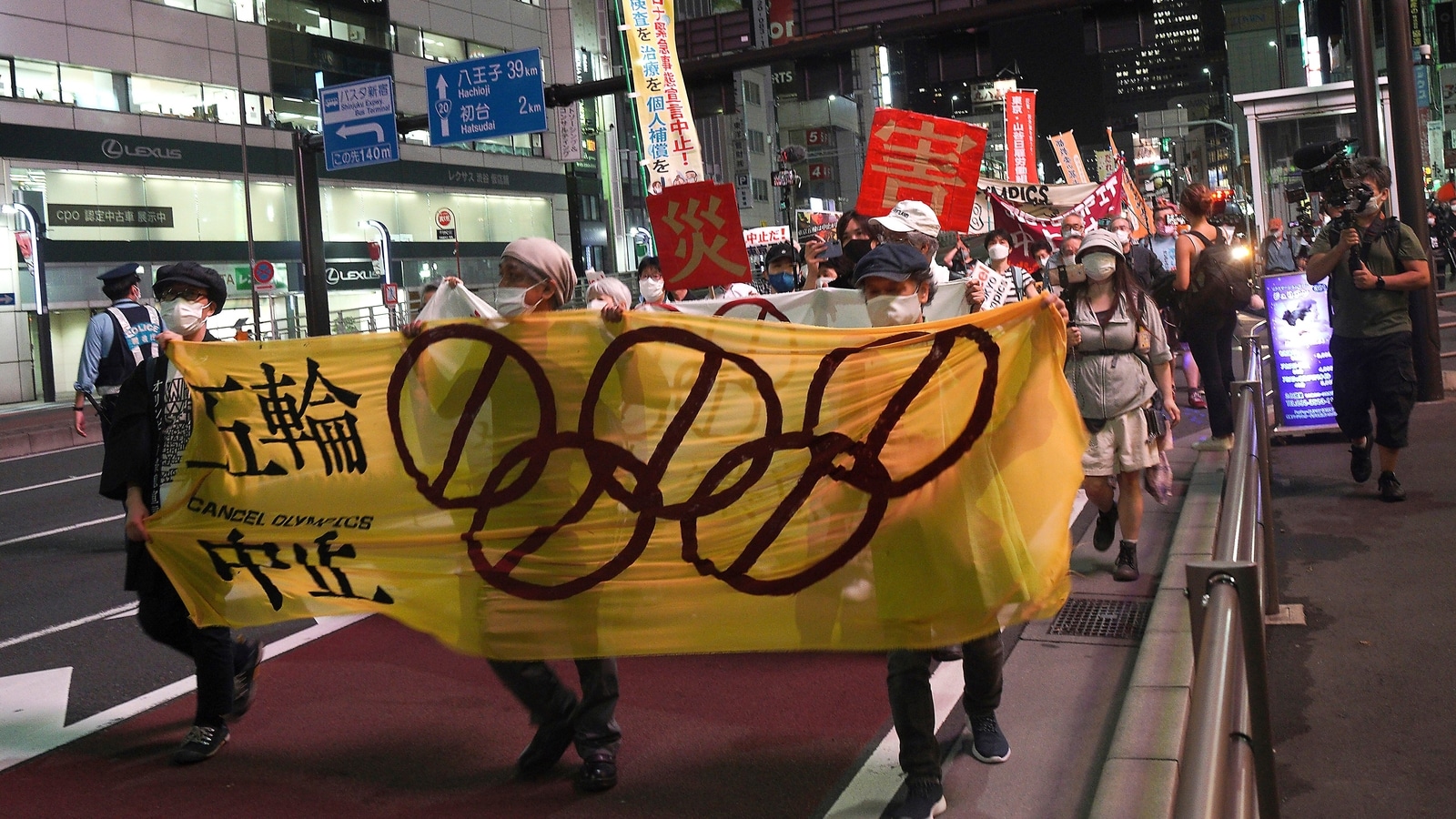 Tokyo 2020: What’s the history of the Olympics protest rule?

The simple act of taking a knee felt like something more monumental when it happened on Olympic soccer pitches in Japan on the opening night of action.

Players from the United States, Sweden, Chile, Britain and New Zealand women’s teams went to a knee before their games Wednesday night, anti-racism gestures the likes of which had not been seen before on the Olympic stage. They figured to be the first of many of these sort of demonstrations over the three-week stay in Tokyo.

The Olympic rule banning such demonstrations at the Games has been hotly debated and contested for decades, and those issues reached a flashpoint over the past two years. What resulted were changes in the rules, and the willingness of some sports organizations to enforce them.

How have protests and demonstrations at the Games evolved over the years? Here’s a brief rundown.

WHAT: The Olympics have always billed themselves as a nonpolitical entity designed to bring countries together to celebrate sports and international unity. One of the best-recognized symbols of that nonpolitical ideal is a prohibition of “propaganda” at the Games. Rule 50 of the IOC charter states: “No kind of demonstration or political, religious or racial propaganda is permitted in any Olympic sites, venues or other areas.”

WHO: The ideals of the rule were most notably put to the test before it was officially enshrined in the Olympic charter. American sprinters Tommie Smith and John Carlos raised their black-gloved fists while their national anthem played during the 200-meters medals ceremony at the Mexico City Olympics in 1968. They would not only eventually be sent home for disregarding the ban on demonstrations, but ended up being ostracized from the Olympic movement for nearly a half century. Not until 2016 did the U.S. Olympic Committee bring them to an official event. Not until 2019 did it enshrine them in its hall of fame.

WHEN: The basic structure of Rule 50 was written into the Olympic charter in 1975. At that time, it was actually part of Rule 55 and it stated: “Every kind of demonstration or propaganda, whether political, religious or racial, in the Olympic areas is forbidden.” It would be refined and rewritten over the years. Only a few months ago, in the face of mounting pressure to do away with the rule, the IOC made its latest tweak, saying it would allow some demonstrations but only “prior to the start of competitions” and not on the medals podium. The IOC has also given discretion to the international agencies that run the individual sports on how — and whether — to enforce the bans.

WHERE: The rule became a sticking point two summers ago, a half a world away from Tokyo, in Lima, Peru. It was on the medals stands at the Pan-American Games that U.S. hammer thrower Gwen Berry raised her fist and U.S. fencer Race Imboden took a knee. They both received letters from the U.S. Olympic and Paralympic Committee that put them on a yearlong probation and, with the Tokyo Games scheduled for the following year, sent a message to other American athletes who were thinking of doing anything similar. The coronavirus pandemic pushed the Games back by 12 months, and the killing of George Floyd in the United States — and the activism that followed — prompted a thorough rethinking of the rule. The USOPC decided it would no longer sanction athletes who violated Rule 50, thus placing pressure on the IOC, which often depends on the national committees to enforce its rules at the Games.

WHY: While the USOPC was undergoing its review, the IOC also tasked its athletes commission to rethink the rule. The commission sent out a worldwide survey that found broad support for the rule as it was written. Following that lead, the IOC chose to keep the rule largely intact. It set up the possibility for tension throughout the Games in Tokyo, where, in addition to the soccer teams, Berry and U.S. sprinter Noah Lyles had telegraphed themselves as among the athletes to watch. Lyles wore a black glove and raised his fist at the starting line at Olympic trials, while Berry turned away from the flag during a playing of the national anthem.

Denial of responsibility! NewsUpdate is an automatic aggregator around the global media. All the content are available free on Internet. We have just arranged it in one platform for educational purpose only. In each content, the hyperlink to the primary source is specified. All trademarks belong to their rightful owners, all materials to their authors. If you are the owner of the content and do not want us to publish your materials on our website, please contact us by email – [email protected]. The content will be deleted within 24 hours.
Loading...
best sports newshistorynews update sportsnewsupdateOlympicsProtestRulesports news

Genshin Impact Yougou Cleansing quest guide: How to find the…