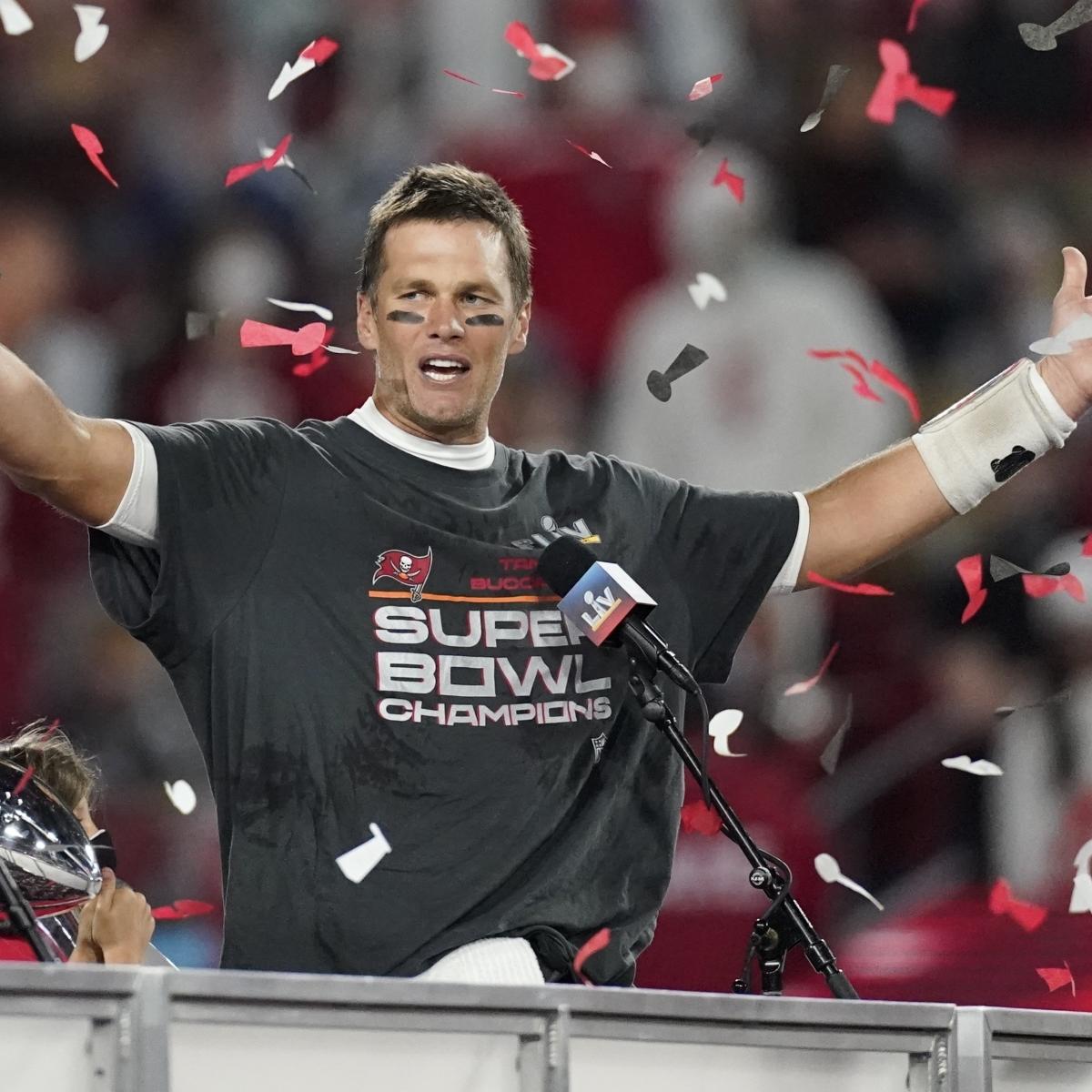 The records just keep on coming for Tom Brady—at least where his football cards are concerned.

Just two months after an autographed rookie card sold for a record-breaking $2.25 million, another Brady card sold Friday for $3.1 million at Lelands to set the record for the most money paid for a football card, per Darren Rovell of the Action Network.

According to the auction, the 2000 Playoff Contenders Championship Ticket is one of 100 produced in 2000, when Brady was drafted at No. 199 overall. The card sold Friday was billed as No. 8 in the run. It is graded as a 9 out of 10 when it comes to condition.

As for the autograph, that netted a perfect score.

The Brady card that broke the record in April was rated as an 8.5 out of 10. Prior to that sale, the NFL icon held the record with a sale of $1.32 million in March.

“I wasn’t shocked [by the price], but I was certainly surprised,” Lelands President Mike Heffner said of the initial record-breaking sale (h/t Tom Van Haaren of ESPN). He continued:

“I know the market is headed upward, especially with rare and desirable cards such as that one, but I didn’t really anticipate it. I had an inkling just feeling the performance of the other cards over the past month, it was certainly a possibility but these modern cards are definitely for real.“

Before Brady cards again became the hottest commodity on the market, a Patrick Mahomes rookie card—also graded a 9—sold for $861,000 in February. Of course, that record was previously held by Brady.

Loading...
Denial of responsibility! NewsUpdate is an automatic aggregator around the global media. All the content are available free on Internet. We have just arranged it in one platform for educational purpose only. In each content, the hyperlink to the primary source is specified. All trademarks belong to their rightful owners, all materials to their authors. If you are the owner of the content and do not want us to publish your materials on our website, please contact us by email – [email protected]. The content will be deleted within 24 hours.
auctionsAutographedbest sports newsBGSBradycardmillionMINT

‘It’s me’: Serena Williams urges herself to erase deficit at French Open

With just 49 days to go for Tokyo Olympics 2020, IOA writes to Delhi CM to allow functioning of office