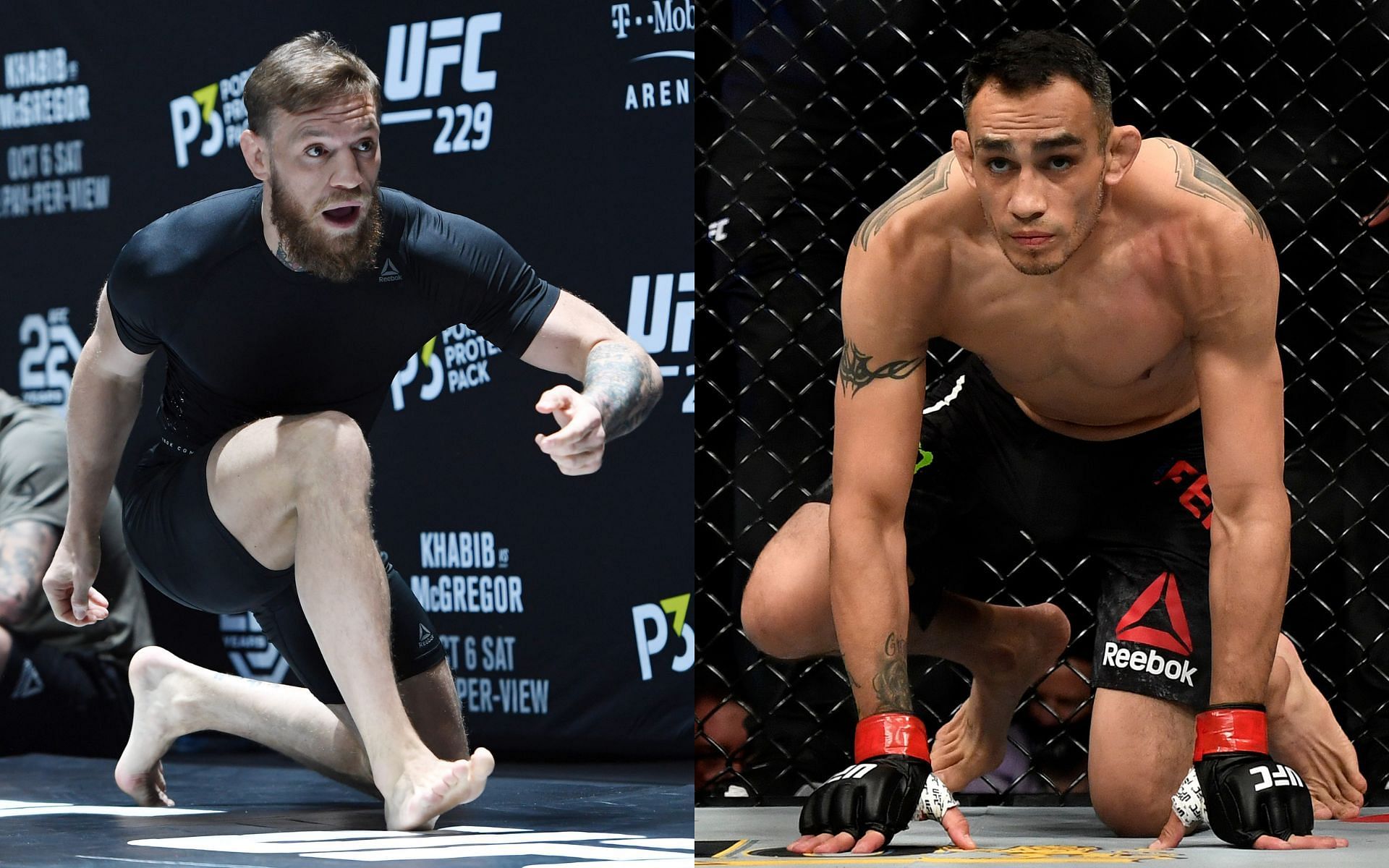 Renowned MMA referee John McCarthy believes Conor McGregor (22-6) can definitely beat Tony Ferguson (25-6) if they decide to square off inside the octagon.

During the most recent episode of the Weighing In podcast, McCarthy told co-host and former mixed martial artist Josh Thomson that McGregor will be the favorite in a bout against Ferguson.

He added that ‘El Cucuy’ has become too slow these days and takes a lot of damage.

“Yeah, Tony Ferguson is too slow now. Tony does have the chance in that [fight against Conor]. He is a zombie and if he can put pressure and not get knocked out, Tony could win the fight. But Tony takes a lot of damage, man,” said McCarthy.

Watch ‘Big’ John McCarthy in conversation with Josh Thomson below:

McCarthy retired from refereeing in 2018. He officiated the UFC 194 main event between Conor McGregor and Jose Aldo, the shortest title fight (13 seconds) in UFC history.

Both him and Thomson are currently signed with Bellator MMA as analysts and commentators.

Tony Ferguson hasn’t enjoyed the best of form inside the octagon of late. He’s suffered three consecutive defeats at the hands of Justin Gaethje, Charles Oliveira and Beneil Dariush within the space of 12 months.

Ferguson was scheduled to square off against former lightweight champion Khabib Nurmagomedov at UFC 249 last May. However, the Dagestani native was unable to travel to the United States due to coronavirus-related travel restrictions.

As a result, an encounter between Khabib and Tony Ferguson was postponed for a fifth time.

Listen You Fat Phuck @TeamKhabib Last Time I Saw You, Ya Ran Off To A Different Country Like A Little Bitch To Avoid Our Title Fight. The Time Before That Ya Faked A Stomach Ache To Get Out Of Our Title Fight. Shut Cha’Trap. Leave The Man Shit To The Ones On The Front Line 🇺🇸🏆🇲🇽

Listen You Fat Phuck @TeamKhabib Last Time I Saw You, Ya Ran Off To A Different Country Like A Little Bitch To Avoid Our Title Fight. The Time Before That Ya Faked A Stomach Ache To Get Out Of Our Title Fight. Shut Cha’Trap. Leave The Man Shit To The Ones On The Front Line 🇺🇸🏆🇲🇽 https://t.co/JsPp3CogRb

Gaethje stepped in at short notice to beat ‘El Cucuy’ and claim the interim lightweight belt. However, ‘The Highlight’ wasn’t able to dethrone ‘The Eagle’ at UFC 254 in October 2020.

Ferguson has now been inactive for just over six months. Even UFC president Dana White recently claimed that he didn’t know when the No.7-ranked 155-pound contender will return.

The 37-year-old American star took to social media to challenge No.9-ranked McGregor last month. It is still unclear if a matchup between the two will be finalized by White.

Denial of responsibility! NewsUpdate is an automatic aggregator around the global media. All the content are available free on Internet. We have just arranged it in one platform for educational purpose only. In each content, the hyperlink to the primary source is specified. All trademarks belong to their rightful owners, all materials to their authors. If you are the owner of the content and do not want us to publish your materials on our website, please contact us by email – [email protected]. The content will be deleted within 24 hours.
best sports newsbigConorConor McGregordetailsFergusonFightJohn