The best Pokémon game that no one ever was

If you’ve lived and breathed Pokémon since you were kid, it’s easy to forget just how many Pokémon games have released since 1996. Even if you don’t count any spinoff titles and lump all dual releases together (ie Red and Blue), you still have over 20 games to choose from. If you can’t count the entries in a series on your fingers and toes, there are officially too many for a new person to consider.

Fortunately, the Pokémon formula is so timeless that virtually every mainline game is a good starting point. That said, the series has plenty of peaks and valleys, and some of those peaks are truly spectacular. For those looking for the best Pokémon game to start with, or for longtime fans considering which entry to replay, here are the five best Pokémon games.

As the only generation of Pokémon games to be remade twice, every version of Generation 1 has its own unique charm. That said, if you’re looking for a breezy way to see where the series began, you can’t go wrong with the Let’s Go! games.

Though Let’s Go! strips away many series mechanics, it makes up for it with a plethora of modern quality of life features. Additionally, its inclusion of follower Pokémon and mega evolutions make it unique compared to other Pokémon games on the Switch. Even if you dislike how Let’s Go! replaces wild Pokémon battles with Pokémon Go! style catching sequences, it’s easy to bypass these encounters once you have the monsters you want. Some say the Let’s Go! games are too vanilla, but I counter by reminding you that vanilla is delicious. While the Generation 1 Pokémon games launched the world’s most lucrative franchise, Generation 3 proved the series had staying power. Though this generation has seen remakes in Pokémon Omega Ruby and Alpha Sapphire for the 3DS, Pokémon Emerald for the Game Boy Advance remains arguably the best way to experience this adventure.

Between the clean visuals and the excellent monster variety, Pokémon Emerald has all the fundamentals of an excellent Pokémon game. Yet the feature that elevates Emerald above even the Generation 3 remakes is the Battle Frontier. This is considered the best postgame content by diehard fans, and it’s potentially the greatest challenge you’ll find in a mainline Pokémon game. Just watch out for all the water you’ll have to surf through to finish the main story. I’m not hating, but there is a lot of it. 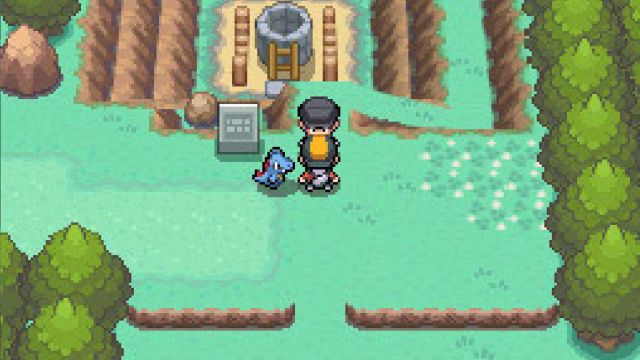 Many fans consider the Generation 2 Pokémon games to be the best in the series. Between the unique day/night system, killer soundtrack, and arguably the best postgame surprise in any Pokémon game, Generation 2 offers an experience that even modern titles can’t match. While some criticize the midgame pacing of these titles, one thing is clear: if you’re going to play Generation 2, play Heart Gold or Soul Silver for the DS.

Heart Gold and Soul Silver are hands-down the best remakes the series has to offer. Not only do they give the original Gameboy titles a fresh coat of paint, they also flesh out the world with new dungeons and events not found in the original. What’s more, the addition of Generation 4 mechanics goes a long way to keep these games feeling modern, such as the physical/special stat split for attacks. Heart Gold and Soul Silver didn’t need to go as hard as they did, but it’s easy to see why used copies of these games sell for upwards of $70 to this day. Though Pokémon is a predominately iterative series, Pokémon Legends: Arceus is the first mainline game to shake up the formula that has powered these games for 25 years. Some may call Legends: Arceus a proof of concept, yet nearly every risk this game takes not only succeeds, but flourishes.

The mix of traditional turn-based Pokémon battles with real-time boss battles and catching mechanics is beautiful here. The difficulty curve is just as accessible as any mainline Pokémon title, but the open-world maps and powerful alpha Pokémon add enough optional challenge for longtime fans to sweat if things feel too easy. Legends: Arceus even introduces elegant quality-of-life to the franchise, like the speedy results screen after battle and the ability to change a Pokemon’s moveset at will from the menu. As of Pokémon Scarlet and Violet, the mainline Pokémon games look to be fully embracing the open-world elements that Legends: Arceus introduces. Yet even if that’s the case, Legends: Arceus offers so much that it deserves a subseries of its own. 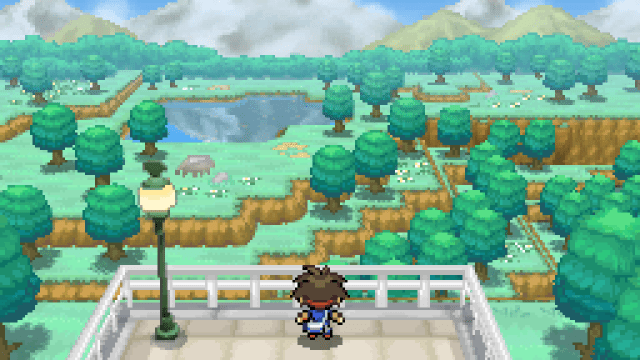 To some, Pokemon’s Generation 5 games are a soft reboot of the franchise. To others, it is a last hoorah of Pokémon’s 2D artstyle before the series’ leap to the 3DS. Regardless of who you are, Black and White are fantastic games that hardly show their age over a decade later.

These games are the total package. The animated Pokémon sprites breathe life and personality into each monster, sometimes more than the 3D models in modern Pokémon games. The soundtrack is stellar, ranging from catchy town tracks to high-energy battle themes. Even the story veers into thematically captivating territory, especially with the bombastic set pieces near the game’s climax. Black and White overflow with passion and creativity, and every fan of the series owes it to themselves to play them.

Some fans were dismayed upon release that only Pokémon introduced in Generation 5 are usable until the postgame of Black and White. Even this gripe has a silver lining. In lieu of the usual “special edition” game that remixes the previous entries and adds some extra content (a la Pokémon Emerald), Black and White received full-fledged sequel games in Black 2 and White 2. These titles add fan favorite Pokémon back into their main story, and many fans consider these titles to be even better than their predecessors. Perhaps it’s unfair to lump two sets of games together into the number 1 slot. Yet if you judge Generation 5 strictly by its quality, you’ll find plenty to love from start to finish.

Denial of responsibility! NewsUpdate is an automatic aggregator around the global media. All the content are available free on Internet. We have just arranged it in one platform for educational purpose only. In each content, the hyperlink to the primary source is specified. All trademarks belong to their rightful owners, all materials to their authors. If you are the owner of the content and do not want us to publish your materials on our website, please contact us by email – [email protected]. The content will be deleted within 24 hours.
best games newsgame updategamesgames newsnews update gamesnewsupdatePokemonranked

How to change or reset your UPI PIN? – Smartprix