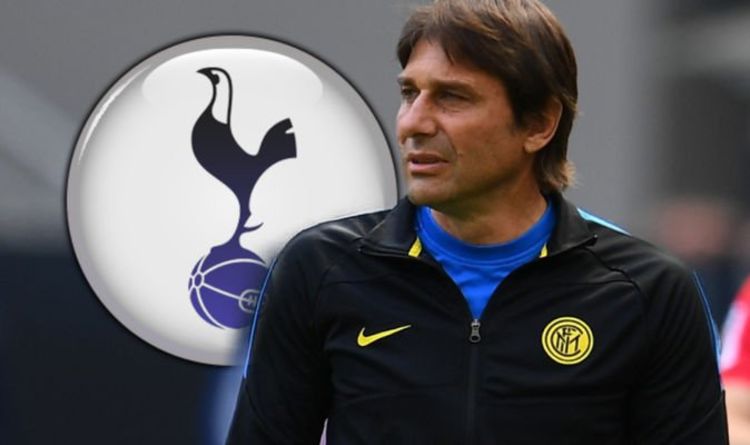 Tottenham have ended their interest in making Antonio Conte their next manager according to reports, despite him having been their latest top target. The Italian had been linked with the vacant role having recently left Inter Milan and thorough talks were held across two days, but it appears Spurs will instead look elsewhere now instead.

Conte, a Premier League winner with Chelsea and four-time Serie A-winning boss with Juventus and Inter, had emerged as an attractive option for the north Londoners given his trophy-winning pedigree.

But after talks, it appears Spurs are not convinced that the 51-year-old is the ideal coach for them. The Daily Telegraph report that the Londoners have called off the possible appointment of Conte despite rumours that an offer had been tabled to him.

It is unclear whether they will change their approach once more if Conte is willing to alter some of his demands.

The Evening Standard say Spurs were concerned by an apparent reluctance to work with younger players, and they say as a result no offer was put on the table to the ex-Chelsea manager.

Conte only recently took Inter to their first Italian title in 11 years but left as a result of clashes with the club’s hierarchy due to their financial constraints.

Fabrizio Romano claims on the flip side that Conte was not convinced about Spurs’ project or their staff members, and that there were differences between the two parties on his prospective salary as well.

Conte wanted to bring more than four members of his own staff to the club but Daniel Levy and co. were reluctant to agree to that, with talks stalling as a result.

The former Italy national team boss also wants a project where he can immediately win trophies and is said to be unconvinced about the potential to do that at the Tottenham Hotspur Stadium.

Spurs are trophyless since 2009 and are also potentially set to lose star striker Harry Kane, the Premier League Golden Boot winner, to a direct rival this summer.

Conte had told DAZN this week: “As a player, I won everything it was possible to win, but I also lost a great deal.

“When you lose, it leaves within you the desire not to experience that again, so you do everything to transmit that to your players when you are a coach. It all comes from your scars and wanting to avoid getting more.”

It remains to be seen who Spurs turn to next in their search for a new manager, but Julian Nagelsmann and Brendan Rodgers are among those they have missed out on.

Although the Italian will not be landing at Spurs, it’s expected that Fabio Paratici will still become Spurs’ new sporting director to work under Levy.

Paratici has only just left his role as Juventus’ director of football, having combined brilliantly well with Conte during his 11-year stint in the job, during which he helped Juve to win nine straight titles.

Speaking on Friday, the 48-year-old said: “I don’t think this is the right time to talk about other clubs. Today it’s my Juventus farewell today.

“My family hopes that I will find a job quickly. Working at Juventus is a real education in terms of mentality and style.

“Obviously, you hope to learn something at every club, but I will certainly bring that with me in future.”

Levy has said he wants to get “entertaining and attacking football” back at Spurs following the dour displays of Mourinho’s final months and Paratici will seemingly be key to adopting a consistent approach off of the pitch in regards to player recruitment.

Denial of responsibility! NewsUpdate is an automatic aggregator around the global media. All the content are available free on Internet. We have just arranged it in one platform for educational purpose only. In each content, the hyperlink to the primary source is specified. All trademarks belong to their rightful owners, all materials to their authors. If you are the owner of the content and do not want us to publish your materials on our website, please contact us by email – [email protected]. The content will be deleted within 24 hours.
Loading...
Loading...
Antonioappointmentbest sports newsCallconcernsConteDanieldue

Best family movies on Netflix in May 2021

Your Amazon Echo just got a huge Euro 2020 update:…

These Oppo smartphones will receive Android 11 update in…

WTC could do with a few tweaks: VVS Laxman | Cricket News…