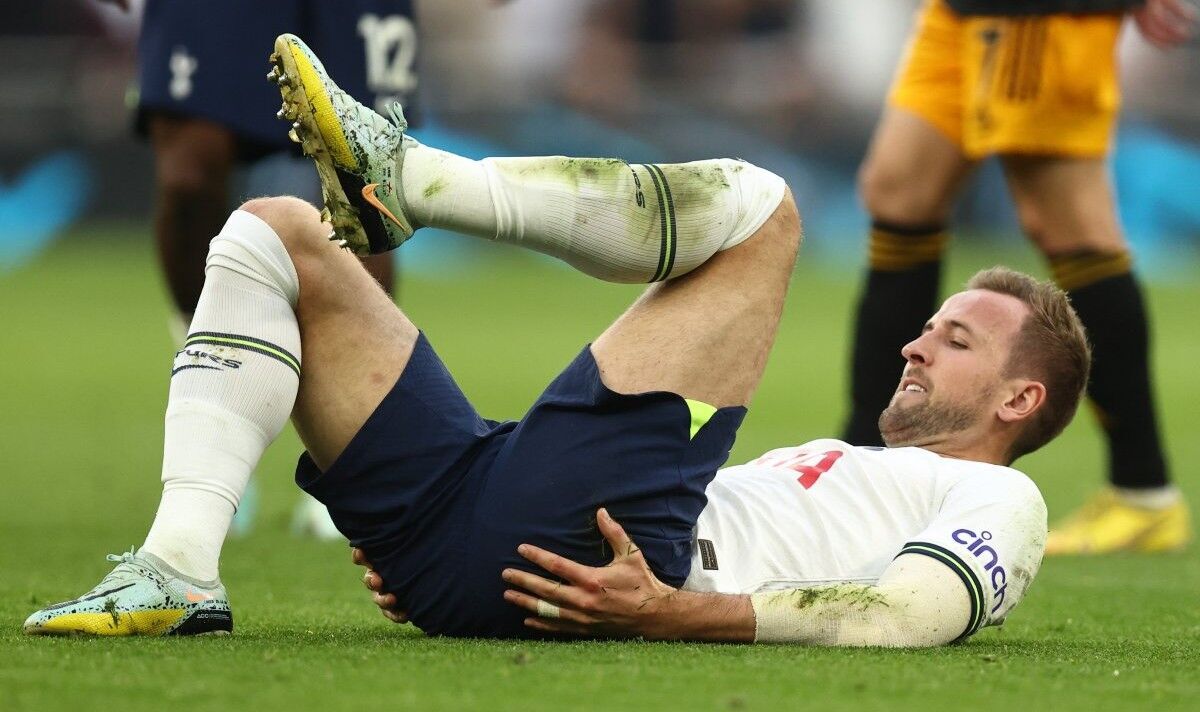 Tottenham came from behind three times to beat Leeds United 4-3 in the Premier League on Saturday, entering the World Cup break in style. However, Harry Kane caused a stir in the first half after going down with an apparent back problem just nine days before England start their campaign against Iran.

Crysencio Summerville continued his fine vein of scoring form to edge Leeds ahead before Kane drew the hosts level. Rodrigo netted on either side of half-time to cancel out Ben Davies’ second equaliser before Rodrigo Bentancur produced a late brace to clinch three huge points.

Express Sport analyses the four key talking points from another turbulent Tottenham game as Antonio Conte’s side dramatically returned to winning ways before domestic football pauses for the World Cup.

There was a familiar response from the stands as Tottenham entered the dressing room at half-time. Boos rang around the stadium as Spurs finished another first half behind, despite scoring their first goal before the break in nine games through Kane.

Poor starts have become somewhat of an unwanted trademark under Conte recently, sparked by woeful defending from his back three and midfield. It’s a trend the Italian head coach will be desperate to shake if he’s to guide Spurs to back-to-back top-four finishes.

Kane netted Tottenham’s first equaliser on 25 minutes, albeit controversially, and played the full 90 minutes. However, Gareth Southgate would’ve held his breath after the Three Lions captain went down holding his back in the first half.

With just over a week until that Iran clash and James Maddison going off injured earlier in the afternoon, the last thing Southgate will have wanted was another doubt. But Kane should be in fine nick to start the World Cup as England’s main man again.

A week to forget for Emerson Royal

Emerson Royal has endured a tough start to life at Tottenham after his £25million move last summer. And his struggles were epitomised when Tite announced his Brazil squad earlier in the week, including 39-year-old Dani Alves as a right-back option over him.

He was targeted with choruses of discontent by home supporters during the Leeds game after spurning two huge chances in the first half. And after being hauled off after 57 minutes, it’s clear he has plenty more to prove if he’s going to make it in the Premier League.

Tottenham once again salvaged a result from a precarious position, and this time it was Bentancur who saved the day with a two-minute brace in the dying embers. First, he smashed home a deflected strike to draw Spurs level and hand them the momentum in the final 10 minutes.

Just moments later, a well-worked interchange between Kane and Dejan Kulusevski led to the Swedish winger teeing up Bentancur to net again. It’s a huge result to end the first section of the season, but Conte will undoubtedly be desperate for more control when domestic football resumes after Christmas.

Denial of responsibility! NewsUpdate is an automatic aggregator around the global media. All the content are available free on Internet. We have just arranged it in one platform for educational purpose only. In each content, the hyperlink to the primary source is specified. All trademarks belong to their rightful owners, all materials to their authors. If you are the owner of the content and do not want us to publish your materials on our website, please contact us by email – [email protected]. The content will be deleted within 24 hours.
7goalbest sports newsenglandHarryKaneLeedsnews update sportsnewsupdate

Mumbai fight back to post big win over Chennaiyin