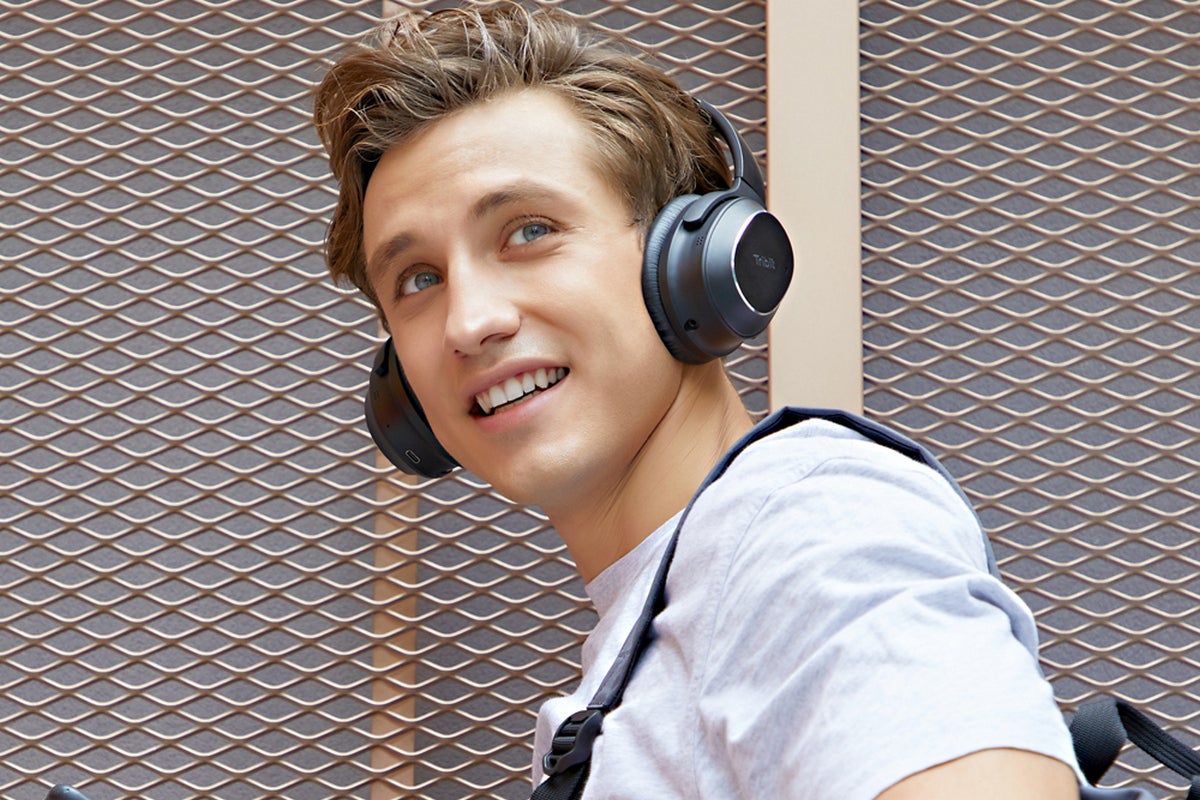 High-end active noise-cancelling headphones will run you $300 or more. Our top pick in this category—Sony’s WH-1000XM4—typically sell for about $350. This fact has lately driven many manufacturers to attempt to dramatically undercut the market with units that run less than $100. The latest in that budget brigade comes from Tribit, whose QuietPlus 72 are priced at $70 ($60 on Amazon). And as I was writing this review, Tribit was offering a 25-percent-off coupon on Amazon that brought the price all the way down to $45.

What do you get for 45 bucks? Surprisingly, quite a bit. These Bluetooth 5.0 headphones can also be used as wired cans with a standard aux cable (included). The internal battery charges via a USB-C cable (also included, but not a power adapter), and Tribit specifies 30 hours of running time before a recharge is needed, which seems perfectly adequate.

This review is part of TechHive’s coverage of the best noise-cancelling headphones, where you’ll find reviews of the competition’s offerings, plus a buyer’s guide to the features you should consider when shopping for this type of product.

Each fairly snug over-ear cup houses a 40mm driver driven by a plenty-loud amp. A standard set of three buttons which variously handle pause/rewind/forward, volume up/down, and access to phone calls and Siri functions are present on the back of the right earcup. A basic vinyl carrying case is included; the headphones fold up nicely to take up a minimum amount of space in your bag.

Active noise cancellation is the big draw here, of course; that’s handled by a separate switch on the left earcup. This can be a little confusing at first, but it’s designed so that ANC (which has a separate power LED) can be used even if the headphones aren’t connected to Bluetooth and are instead running via the aux cable. (Also note that the headphones can be paired with two devices simultaneously, which is good news if you frequently switch between your phone and a laptop or tablet, for example.)

At 9.6 ounces total (less than a pound even with the case), the headphones are reasonably compact and light in weight, and I found them comfortable for extended wear, even with eyeglasses on. The basic, all-black design won’t turn any heads, however, and also note that they don’t seem the least bit ready for the gym. After an hour of working out, the headphones were a sweaty mess that required careful cleaning.

The good news is that I found they did a good job at filtering out noisy gym equipment, chattering patrons, and the sounds of the 1980s that were being piped through the gym’s PA system. They are much more effective at filtering out bass notes than higher pitches, but in many environments that’s enough—particularly if you’re trying to drown out the rumble of a plane or a train engine. As a bonus, I found the headphones offered very little in the way of hiss.

Add in your own music or movie soundtrack and the ANC feature is even more effective. In a quiet environment, I was impressed by the audio quality of the QuietPlus, particularly given the price tag. Bass is punchy, lyrics are clear, and instrumentation is authentic and crisp. I found it easy to pick out the plucking of jangly guitar strings and banging on piano keys, thanks to impressive separation.

Flipping on ANC does more than just filter out the noise, though, it really pumps up the bass. That may be a little shocking to some, but in fact I preferred listening to music with ANC turned on, even when I wasn’t in a noisy environment where ANC was desirable.

To be sure, the QuietPlus 72 isn’t perfect at noise cancellation, and it isn’t the highest-quality headphone on the market (the only codecs supported are SBC and AAC; you won’t get LDAC or any flavor of aptX for high-res streaming).

But at this price, I don’t expect it to be. If you’re looking for a reliable pair of headphones for travel, when working in the garage, or other occasions where they could get damaged or go missing, the low price of entry for these cans alone makes them decidedly worthwhile.

Denial of responsibility! NewsUpdate is an automatic aggregator around the global media. All the content are available free on Internet. We have just arranged it in one platform for educational purpose only. In each content, the hyperlink to the primary source is specified. All trademarks belong to their rightful owners, all materials to their authors. If you are the owner of the content and do not want us to publish your materials on our website, please contact us by email – [email protected]. The content will be deleted within 24 hours.
best technology newsbudgetcancellationheadphonenews update technewsupdateNoiseQuietPlus