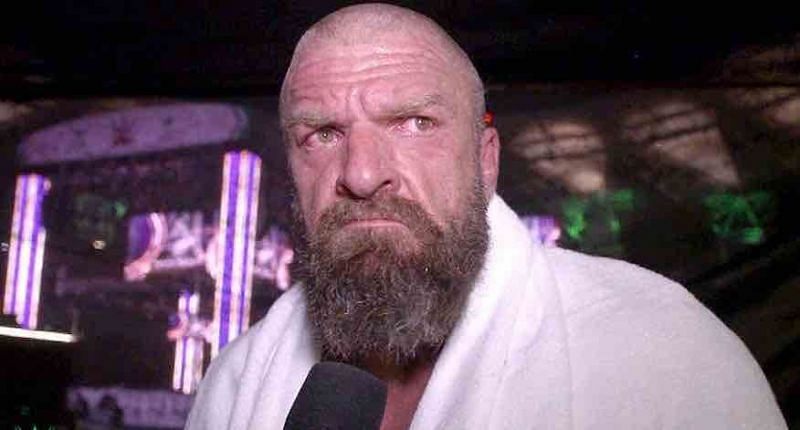 Former WWE Superstar Trevor Murdoch revealed that Triple H instructed him and Lance Cade to watch over his match at a house show and beat up Road Dogg and Billy Gunn if they tried to ambush him.

This was during the time when the former New Age Outlaws, known as then as the Voodoo Kin Mafia, weren’t part of WWE. The duo had heat with the multi-time WWE Champion, and he was afraid that they were going to attack him during his match since the house show took place in the same town that his former allies were signing autographs.

During a recent interview with Cultaholic, Trevor Murdoch shared the story of how it all went down.

“There was a time period when there was a lot of animosity between Hunter and Road Dogg and Billy Gunn,” said Trevor. “We were in a town wrestling, doing a house show, but it so happened to be the same town that Road Dogg and Billy were doing an autograph signing in, which seemed suspicious in of itself. Lance and I had a reputation in the locker room where, if you’ve seen one, the other one wasn’t that far behind. Cade and I were tight and there were a couple of times we got into a couple of fights, because one guy got into a fight and the other one had come in. So Hunter tracks me down and goes: ‘Where’s that partner of yours? I need to talk to you both’.”

“We’re expecting some kind of grand advice about our match but he goes: ‘Are you two watching my match tonight?’ he added. “We’re young guys so we’re telling him of course we’re watching his match, we watch him every night. And he goes: ‘Yeah quit with this’ and then explains to us the situation and what he’d heard, that Billy and Road Dogg were going to jump into the ring and beat him up. He goes: ‘I want you guys at the curtain and I want you watching my whole match. The minute you see those guys, you hit that f**king ring, and you proceed to start kicking their f**king a**.’ This was very serious. He was very adamant, and we know this is coming from the very top.”

Trevor Murdoch mentioned that he and Lance Cade agreed to it. They didn’t end up doing anything though, as Road Dogg and Billy Gunn never showed up at the venue.

Although Triple H had animosity with Road Dogg and Billy Gunn, they went on to bury the hatchet and even reunited, thus bringing the New Age Outlaws back into D-Generation X in WWE.

They all appeared together during most D-Generation X reunions in WWE. The group was a big part of the Attitude Era in WWE and the members even assisted The Game at WWE WrestleMania 31 in his victory over Sting, who had the New World Order in his corner.

Denial of responsibility! NewsUpdate is an automatic aggregator around the global media. All the content are available free on Internet. We have just arranged it in one platform for educational purpose only. In each content, the hyperlink to the primary source is specified. All trademarks belong to their rightful owners, all materials to their authors. If you are the owner of the content and do not want us to publish your materials on our website, please contact us by email – [email protected]. The content will be deleted within 24 hours.
best sports newsBillyD-Generation XDoggGunnNew Age OutlawsNewsnews update sports