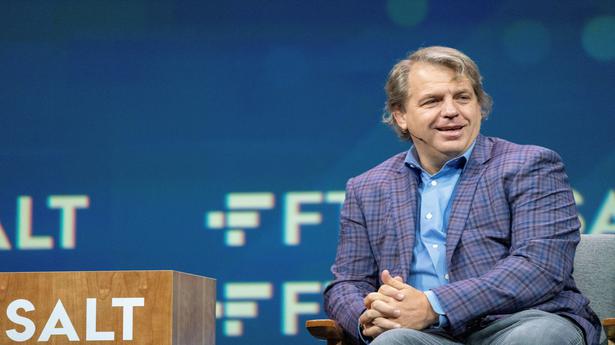 Tuchel sacking was due to lack of shared vision: Todd Boehly

Chelsea’s American owner Todd Boehly said sacking manager Thomas Tuchel last week had nothing to do with losing to Dinamo Zagreb in the Champions League but was because the German did not share the same vision for the club.

Tuchel, who won the Champions League for Chelsea in 2021 just months after being hired to replace Frank Lampard, was sacked on Wednesday after a 1-0 defeat in Croatia.

Brighton & Hove Albion manager Graham Potter replaced Tuchel on Thursday — the first managerial appointment under Boehly who led a consortium that completed a £4.25 billion ($4.91 billion) takeover of Chelsea in May.

Boehly said the change of head coach was all part of Chelsea’s moving in a new direction.

“When you take over any business you just have to make sure you’re aligned with the people who are operating the business,” Boehly, speaking at the SALT leaders conference in New York, said when asked to explain Tuchel’s departure.

“Tuchel is obviously extremely talented and someone who had great success at Chelsea but our vision for the club was finding a coach who wanted to collaborate with us.”

Boehly suggested a more forensic approach to player development from the first team down to the academy was behind the change.

“There are a lot of walls to break down at Chelsea,” Boehly said. “Before, the first team and the academy didn’t really share data, they didn’t share information about where the top players were coming from, so our goal was to bring a team together with the academy, with the first team, with the incremental clubs we want to acquire and develop, all of that needs to be a well-oiled machine.

“The reality of our decision was that we weren’t sure that Thomas saw is the same way we saw it. No one is right or wrong, we just didn’t have a shared vision for the future.

Not because of Zagreb loss

“It wasn’t about Zagreb, it was really about the shared vision of what we wanted Chelsea Football Club to look like.”

Boehly, who is co-owner of the Los Angeles Dodgers, said the passion of Premier League fans was what had drawn him to acquiring Chelsea.

“When you experience it I don’t think there’s anything like it,” Boehly said. “Maybe American college football could compare. But it’s beyond passion. It’s bordering religion.”

Liverpool manager Jurgen Klopp has balked at a suggestion by Boehly that the Premier League could introduce an All-Star Game between the best players from the north and south.

Speaking at the SALT conference, Boehly said he hoped the Premier League might “take a little bit of a lesson from American sports” and have an All-Star Game that would raise money for clubs lower down English soccer’s pyramid.

The idea was put to Klopp after Liverpool’s 2-1 win over Ajax in the Champions League later in the day and the German coach mocked it. “What can I say — does he want to bring the Harlem Globetrotters as well and let them play against a football team?” Klopp said.

Klopp’s main issue was that there was no space in an already-crowded soccer calendar to fit such a game.

“When he finds a date for that, he can call me,” he said. “He forgets that in the big sports in America, these players have four-month breaks so they are quite happy they can do a little bit of sport in these breaks. It’s completely different in football.”

The MLB, NBA and NHL all hold an All-Star Game in the middle of their seasons. The NFL’s equivalent — the Pro Bowl — now takes place the Sunday before the Super Bowl.

Boehly, who part-owns MLB team Los Angeles Dodgers and owns shares in the NBA’s LA Lakers, has made his presence felt since fronting the consortium of businessmen who bought Chelsea.

Boehly’s idea is far less radical but would also change the status quo of English soccer’s traditional calendar which is already packed because of the presence of two domestic cup competitions to go along with the 20-team Premier League.

Klopp has been an outspoken critic about the demands being put on players because of the increasing number of club and national-team games throughout the year. This season, the World Cup is being held in the middle of an English league campaign for the first time.

Klopp also questioned whether “people want to see” combined teams from the north and south, essentially pitting rival clubs together.

“Imagine that — (Manchester) United players, Liverpool players, Everton players, all together in one team,” he said.

“So all the London guys together?” Klopp added. “Arsenal and Tottenham. Great. Did he really say it? Interesting.”

Boehly also raised the possibility of “a tournament with the bottom four teams” — presumably referring to the Premier League’s relegation battle — but didn’t expand on that.

Denial of responsibility! NewsUpdate is an automatic aggregator around the global media. All the content are available free on Internet. We have just arranged it in one platform for educational purpose only. In each content, the hyperlink to the primary source is specified. All trademarks belong to their rightful owners, all materials to their authors. If you are the owner of the content and do not want us to publish your materials on our website, please contact us by email – [email protected]. The content will be deleted within 24 hours.
All-Star gamebest sports newsBoehlychelsea newsduefootball newsgraham potterJurgen Klopp

Fallout 76’s new massive The Pitt update is out now, and smooths out the new game experience

Top boxer Mea Motu fights her way back from…