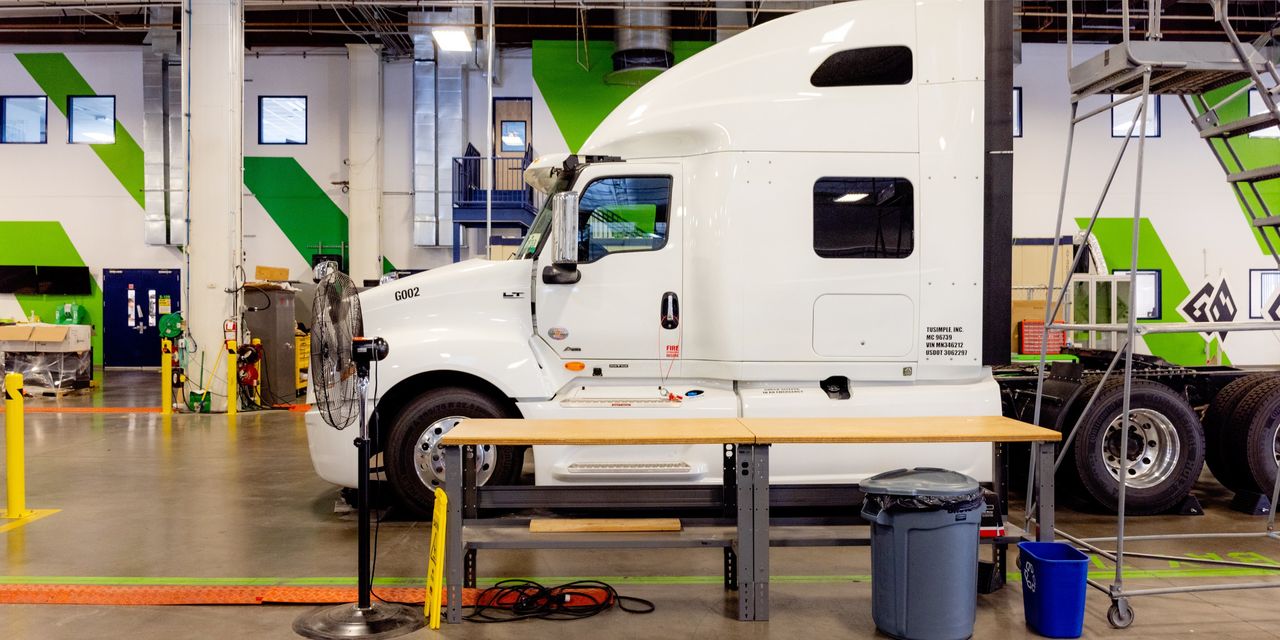 has taken control of the self-driving trucking company as federal authorities continue to investigate TuSimple’s relationship with Mr. Chen’s other startup, a Chinese hydrogen-trucking company.

A TuSimple filing with the Securities and Exchange Commission on Wednesday shows that Mr. Chen has 59% of the voting power at the San Diego-based company, giving him control as of Nov. 9, a day before the company announced it had ousted its board of directors. Mr. Chen acquired the stake through stock purchases using his family trust and British Virgin Islands-based entities, according to the securities filing.

said, “We have a strong sense of urgency to put our company back on track and regain trust from all stakeholders.”

The consolidation of power under Mr. Chen is part of a dramatic series of recent events at TuSimple. Its prior chief executive, who was fired by the board of directors, turned around and ousted the board. With these changes, and now Mr. Chen’s controlling stake, TuSimple said it would no longer follow some of the corporate-governance rules that apply to most other companies listed on a U.S. stock exchange.

The leadership and ownership changes follow a report by The Wall Street Journal last month that TuSimple and its leadership faced investigations by the Federal Bureau of Investigation, the SEC and the Committee on Foreign Investment in the U.S.—a national-security panel known as Cfius—into whether the company improperly financed and transferred technology to Mr. Chen’s recently formed startup, Hydron Inc.

Hydron has most of its operations in China and has funding from China. Investigators are looking into whether TuSimple leadership failed to disclose properly its relationship with Hydron and whether it defrauded TuSimple’s investors by sending valuable technology to an overseas adversary, the Journal reported.

TuSimple previously said that it wasn’t aware of any FBI or SEC investigations and that it had explored a partnership with Hydron to buy freight trucks, but had no further financial or business relationship with the startup.

TuSimple said in its filing Wednesday that it is now a so-called controlled company, a designation that means it doesn’t have to comply with some stock-exchange rules including one requiring that the majority of its board be made up of independent directors.

The company said it intended to take all possible corporate-governance exemptions that are available under Nasdaq Stock Market rules.

The company said it still plans to set up an independent audit committee and to replace its security director, whom it fired earlier this month. That security director is a former U.S. national-security official who had been installed as part of an agreement between TuSimple and Cfius, which investigated TuSimple’s China ties last year.

TuSimple shares closed Wednesday at $2.59, a drop of more than 50% from a month earlier. Its 2021 initial public offering price was $40 a share.

TuSimple’s board of directors fired CEO

in October, after a board investigation concluded that TuSimple had shared confidential information with Hydron, Mr. Chen’s startup. Mr. Hou, also a co-founder of TuSimple, was its chief technical officer and board chairman.

Mr. Hou said in response that his firing was without cause and that he would be vindicated. A spokeswoman for Mr. Hou declined to comment.

Mr. Chen and Mr. Hou, both major shareholders of TuSimple, joined forces to fire the board. Mr. Chen returned as chairman of the board, a position he had held until earlier this year, when he largely retreated from his TuSimple responsibilities to focus on Hydron. Mr. Lu, who was TuSimple’s CEO from 2020 to 2022, returned to his old position.

The company confirmed Wednesday that Ersin Yumer, the interim CEO who had taken over for Mr. Hou, would leave TuSimple this month with a severance of about $340,000.

“The new board put their choice of CEO in place and as a result, at my request, we mutually agreed it would be best for us to go our separate ways,” Mr. Yumer said.

Denial of responsibility! NewsUpdate is an automatic aggregator around the global media. All the content are available free on Internet. We have just arranged it in one platform for educational purpose only. In each content, the hyperlink to the primary source is specified. All trademarks belong to their rightful owners, all materials to their authors. If you are the owner of the content and do not want us to publish your materials on our website, please contact us by email – [email protected]. The content will be deleted within 24 hours.
acquisitionsAcquisitions/MergersAcquisitions/Mergers/ShareholdingsAutomobile ElectronicsAutomotiveAutomotive Telematicsbasic materialsBasic Materials/Resources

‘There you are, ruining…’ Bruno Fernandes reacts to awkward handshake with Cristiano Ronaldo ahead of FIFA World Cup

How to download Jio Cinema app on mobile phone and laptop/ PC to watch FIFA World Cup 2022 for free | 91mobiles.com