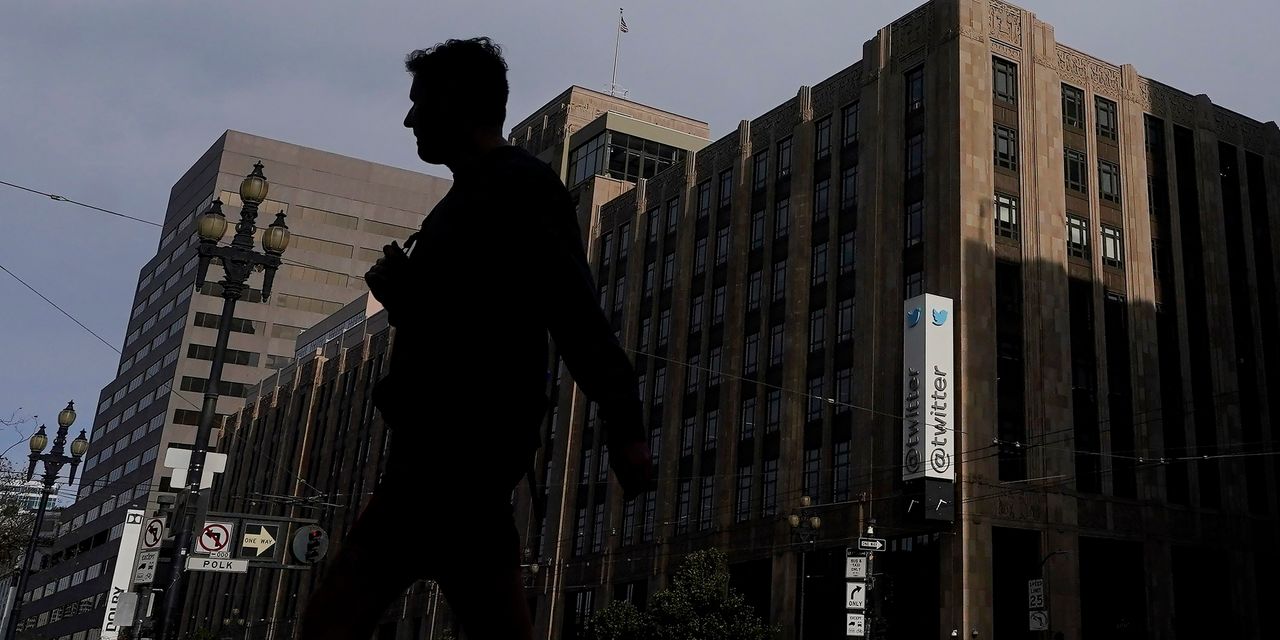 The first day of Twitter 2.0 got off to a chaotic start, after an avalanche of employees rejected

‘s ultimatum that they commit to being “hardcore” and he raced to remake the social network to his liking.

Less than 24 hours after mass resignations rolled in, Mr. Musk called his remaining employees back to work on Friday morning, saying in a series of emails to staff that “anyone who actually writes software” should report to the company’s headquarters at 2 p.m. local time, adding that only those who can’t physically get there or have a family emergency are excused.

He said he planned to be at Twitter’s headquarters himself until midnight, and then back again Saturday morning, and suggested employees based in other locations should fly to San Francisco.

The email marked a sudden change after Twitter had told employees that their offices would be closed until Monday. Employees who had opted not to click “yes” on Thursday—meaning they effectively resigned according to Mr. Musk’s terms—weren’t locked out of their work email accounts by Friday morning, underscoring the uncertainty.

Catch up on the headlines, understand the news and make better decisions, free in your inbox every day.

The exact scope of the departures wasn’t clear, but employees estimated it was in the hundreds or more. Mr. Musk already cut the staff roughly in half earlier this month, about a week after he completed his $44 billion acquisition of Twitter, and he fired many contractors last weekend, The Wall Street Journal previously reported. Twitter had roughly 7,500 employees at the beginning of this year.

Mr. Musk acknowledged the exodus late Thursday on Twitter, saying, “The best people are staying, so I’m not super worried.” When someone on Twitter speculated that the staff was down to 900 people, another executive,

replied that the figure was “way more than that.”

Twitter didn’t respond to requests for comment about the resignations. The company, which has posted a loss in eight of the past 10 fiscal years, has previously said staff reductions were necessary to “place Twitter on a healthy path.”

Photos: Tech Layoffs by the Numbers

and the satire publication the Babylon Bee, which were previously suspended. He said a decision on reinstating former president

hadn’t been made, and that hateful posts would be “deboosted & demonetized,” so people couldn’t find such content unless they specifically sought it out.

Many departing employees said they were leaving with a heavy heart, but described a sense of whiplash over the roughly three weeks since Mr. Musk took over.

Twitter had long encouraged employees to speak up internally, befitting a platform designed around real-time commentary. Since Mr. Musk took over, however, many employees said they were frustrated by a lack of communication and Mr. Musk’s tendency to make major changes on short notice.

Several employees said they were fired after making critical remarks about Mr. Musk on Twitter or internally on Slack, the Journal previously reported.

The response from much of the Twitter workforce represented a rejection of Mr. Musk’s management playbook, which he has used to great effect at his other companies,

and SpaceX, and helped make him the richest person in the world.

The latest upheaval for Twitter workers began in the wee hours of Wednesday when Mr. Musk sent out his missive about the ultimatum, saying the company was going to be “much more engineering-driven” as it worked to create what he dubbed “Twitter 2.0.” To accomplish this, he wrote, “we will need to be extremely hardcore.”

For years, Mr. Musk has relied on the same kind of cutting, all-hands emails that served to bind his sprawling organizations together in pursuit of a common goal.

At Tesla Inc. and SpaceX, workers have long said they were inspired by the ideals of saving humanity. Those messages have also served the purpose of creating a culture where those who aren’t looking to drive as hard as Mr. Musk—or at least attempt to match him —find another place to work.

About a year ago, for example, Mr. Musk urged on his workers at SpaceX, officially named Space Exploration Technologies Corp., in an email that cautioned that failure could mean bankruptcy.

At Tesla, he has deployed similar warnings. In 2012, as the auto maker prepared for the momentous task of ramping production of the Model S luxury sedan, he foretold of hard times ahead, telling his teams to dig deep. The warning came in an email with the ominous subject line: “Ultra hardcore.”

“Please prepare yourself for a level of intensity that is greater than anything most of you have experienced before,” he wrote. “Revolutionizing industries is not for the faint of heart, but nothing is more rewarding or exciting.”

He wasn’t wrong. The company scaled production through a trying slog and then nearly ran out of money as it raced to sell those newly made vehicles. By the middle of 2013, however, the car company’s fortunes had changed on the success of the car, fueling investor enthusiasm and ultimately propelling the company toward the Model 3 compact car.

At Twitter, Mr. Musk has tried to frame his interest in the company in similar altruistic terms — that he wants to defend free speech — but it isn’t clear yet if his exhortations are motivating Twitter employees in the same way.

Several employees described uncertainty about what Twitter 2.0 would entail as a major reason for why they chose to depart and take Mr. Musk up on his offer of three months of severance.

Some employees said they had been exasperated by Mr. Musk’s habit of sending overnight emails and orders that upended operations. As an example, they pointed to Mr. Musk’s first email to the whole company last week, in which he ended Twitter’s flexible remote-work policy with less than a day’s notice.

“I just can’t work a job that could fundamentally change overnight if the owner decides to send an email out on a whim,” said one engineer who resigned Thursday.

Employees said Mr. Musk pushed people to work well over 40 hours a week, but said they didn’t feel there was a compelling vision to justify it. “Long hours doing good work is awesome, but not with a gun to your head,” said another employee who resigned Thursday.

As employees weighed their options before the resignation deadline Thursday, teams held in-person and virtual meetings where senior employees vouched for Mr. Musk’s vision for the company, two people said.

Employees also had to weigh the uncertain job market after mass layoffs at major tech companies recently. One employee who chose to depart said he was concerned about the job market, but that was outweighed by his uncertainty about Mr. Musk’s vision for Twitter.

Denial of responsibility! NewsUpdate is an automatic aggregator around the global media. All the content are available free on Internet. We have just arranged it in one platform for educational purpose only. In each content, the hyperlink to the primary source is specified. All trademarks belong to their rightful owners, all materials to their authors. If you are the owner of the content and do not want us to publish your materials on our website, please contact us by email – [email protected]. The content will be deleted within 24 hours.
best technology newsC&E Industry News FilterContent TypescorporateCorporate/Industrial NewsElonelon muskentertainment

Amazon Looks to Sparrow to Carry its Robotics Ambitions