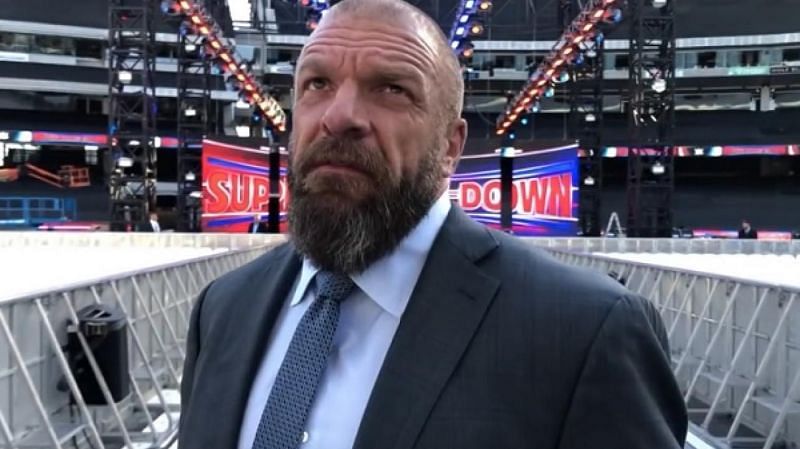 Former WWE Champion Drew McIntyre disclosed that Triple H was the reason he returned to the company in 2017.

In a recent interview with ITR Wrestling, the Scotsman stated that he considered moving to Japan, but a conversation with Triple H changed his decision and he came back to WWE for a second run.

“I wouldn’t be back in WWE if it wasn’t for Triple H, it’s as simple as that. William Regal put me on the phone with him, we talked for 40 minutes, within that conversation at the beginning I wasn’t sure if I was going to come back, I was honestly leaning more towards Japan and by the end of it, I was 100% coming back,” said Drew McIntyre.

McIntyre returned to WWE in 2017 after being away from the company for three years. After moving to the main roster in 2018, he won the WWE Championship twice, with the first win coming at WrestleMania 36 against Brock Lesnar.

In the same interview, Drew McIntyre discussed his friendship with Triple H and its development over the years. ‘The Scottish Warrior’ stated that The Game is not only a friend but a father figure to many in WWE.

“I have so much respect for him and that’s grown into a friendship today, and he really is somebody who is not just a friend to a lot of people but a father figure to a lot of people,” said Drew McIntyre about Triple H.

After his return in 2017, McIntyre debuted on NXT and won the NXT Championship in a few months. He moved to the main roster within a year of his return, winning the WWE title twice.

Loading...
Denial of responsibility! NewsUpdate is an automatic aggregator around the global media. All the content are available free on Internet. We have just arranged it in one platform for educational purpose only. In each content, the hyperlink to the primary source is specified. All trademarks belong to their rightful owners, all materials to their authors. If you are the owner of the content and do not want us to publish your materials on our website, please contact us by email – [email protected]. The content will be deleted within 24 hours.
Loading...
best sports newschampionCompanyDrew McIntyreNewsnews update sportsnewsupdatereason